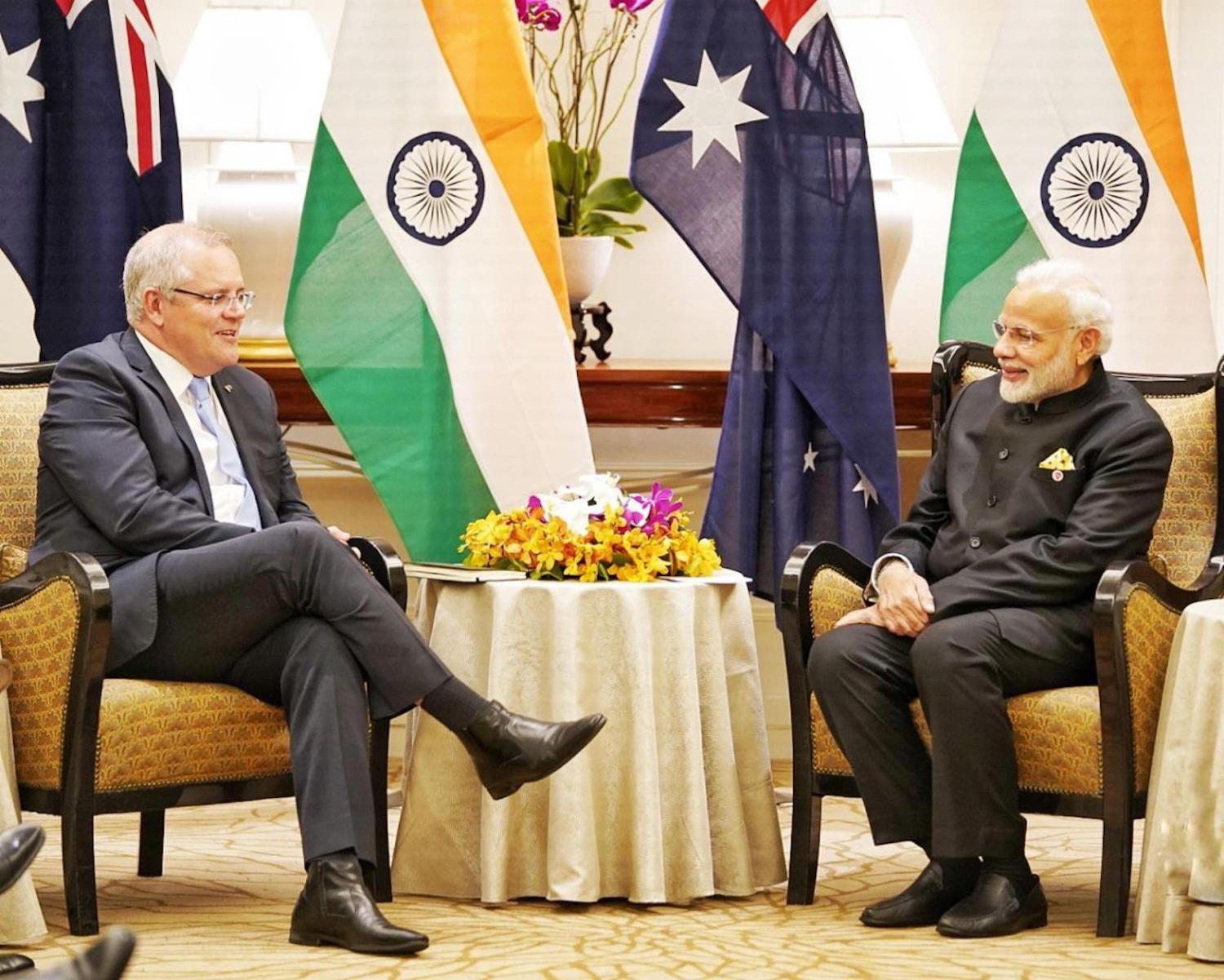 India has long had a reputation in Australia as being a challenging negotiator that may not share the same enthusiasm for concluding free trade agreements. India may argue that Australia has generally failed to understand the drivers of obvious offensive and defensive interests in the relationship, can sometimes be short-term and transactional, and not always recognise the disparate expectations of an emerging high-context nation with a diverse population over 55 times that of Australia’s.

Yet it is notable and welcome that India has developed the first draft of its Australia Economic Strategy (AES), led by former Ambassador and Secretary (East) in the Ministry of External Affairs in India, Anil Wadhwa. A first of its kind for India with any nation, the AES is designed to complement the India Economic Strategy (IES) led by former Department of Foreign Affairs and Trade chief Peter Varghese and released last year. Reciprocity and mutuality are the most unexpected benefits from the AES.

Ironically, in Australia the IES was developed due to failed efforts with negotiating an FTA. These should not be mutually exclusive. An economic strategy sets the narrative, the opportunity, and the path to success. While an FTA enables more competitive market access, the lack of one does not necessarily impede an economic relationship. The Australia–India trade relationship has grown without an FTA, with India now Australia’s fourth-largest export market.

India for the first time will have a blueprint for economic engagement with another nation.

On the surface the broad strokes of Wadhwa’s strategy are strikingly similar to Varghese’s strategy. Broad macroeconomic analysis of both countries, followed by identifying ten sectors of opportunity. We understand from the limited information publicly available that space and manufacturing stand out as key differences.

Are we likely to see Indian companies, such as Larsen & Toubro, invest in or partner with local companies in South Australia involved with our nascent space industry? Maybe. Can we see Australian companies manufacturing in India? Maybe. More importantly, can we see them using India as a base to manufacture for the rest of the world? Less likely, but not improbable. Mack Valves provides an excellent case in point in the defence industry.

But unlike India’s engagement with the US, Canada, UK, and Japan, our relative size means that it is highly unlikely that Australia will have a similar scale of engagement with India. So the crux of the relationship, certainly from a materiality perspective for both sides, will lie in mining, energy, infrastructure, education, and tourism. Healthcare, agribusiness, and sport will all have relevance but may not be as material in absolute dollar terms, though over time they will likely become more relevant in influencing the depth of engagement between the two nations.

The IES had a deliberate emphasis on the bilateral architecture and the need for a deeper understanding in corporate Australia of the business culture in India. The AES is likely to have some corresponding focus on the bilateral architecture, but we can expect some focus on enabling factors such as greater connectivity (through more direct flights), labour mobility and visa-related issues (particularly impacting the IT industry, students, and tourists), and mining regulations (calling for greater clarity and certainty from Australian regulators to provide greater confidence to Indian investors).

Strategy without numbers is poetry. Will Wadhwa set clear measures of success in the AES? Will it have an explicit trade and inbound investment target? We can’t imagine the export of Indian capital being promoted, except where it is used as a natural hedge to invest in key mining and energy assets or in agri-tech and food companies in critical supply chains. Indian investors have been outbid too often in competitive tender processes and have been too inconsistent with progressing matched transactions.

For long-term impact, Wadhwa’s strategy must go beyond a narrative and set clear measurable expectations of outcomes and resources to be allocated to achieve those outcomes. Australian governments (state and federal) have more than 15 dedicated trade and investment offices in India. What new resources will India’s elite and truly small Indian Foreign Service allocate to engagement with Australia? Will there be new economic resources allocated within the Indian High Commission and consulates across Australia? This will be an important test of the strategy.

If the failed FTA was the catalyst for the IES, then the recent indication that India may not join RCEP after all has provided an impetus for the AES. Both strategies offer the potential for greater coherence, consistency, and the promise of much deeper engagement between two countries that have endured several decades of inertia. The upcoming visit to India by Prime Minister Scott Morrison appears well timed to make a difference in the relationship.

By focusing on himself, Scott Morrison also made the election a leadership choice, putting Bill Shorten in a spotlight.
Hayley Channer 12 Oct 2021 06:00

Keep calm and carry on: a message to Trump critics