India-Australia relations: Positivity might be coming at a cost

The tricky terrain of maintaining values and of keeping pace with changing colours in the Australian-Indian community. 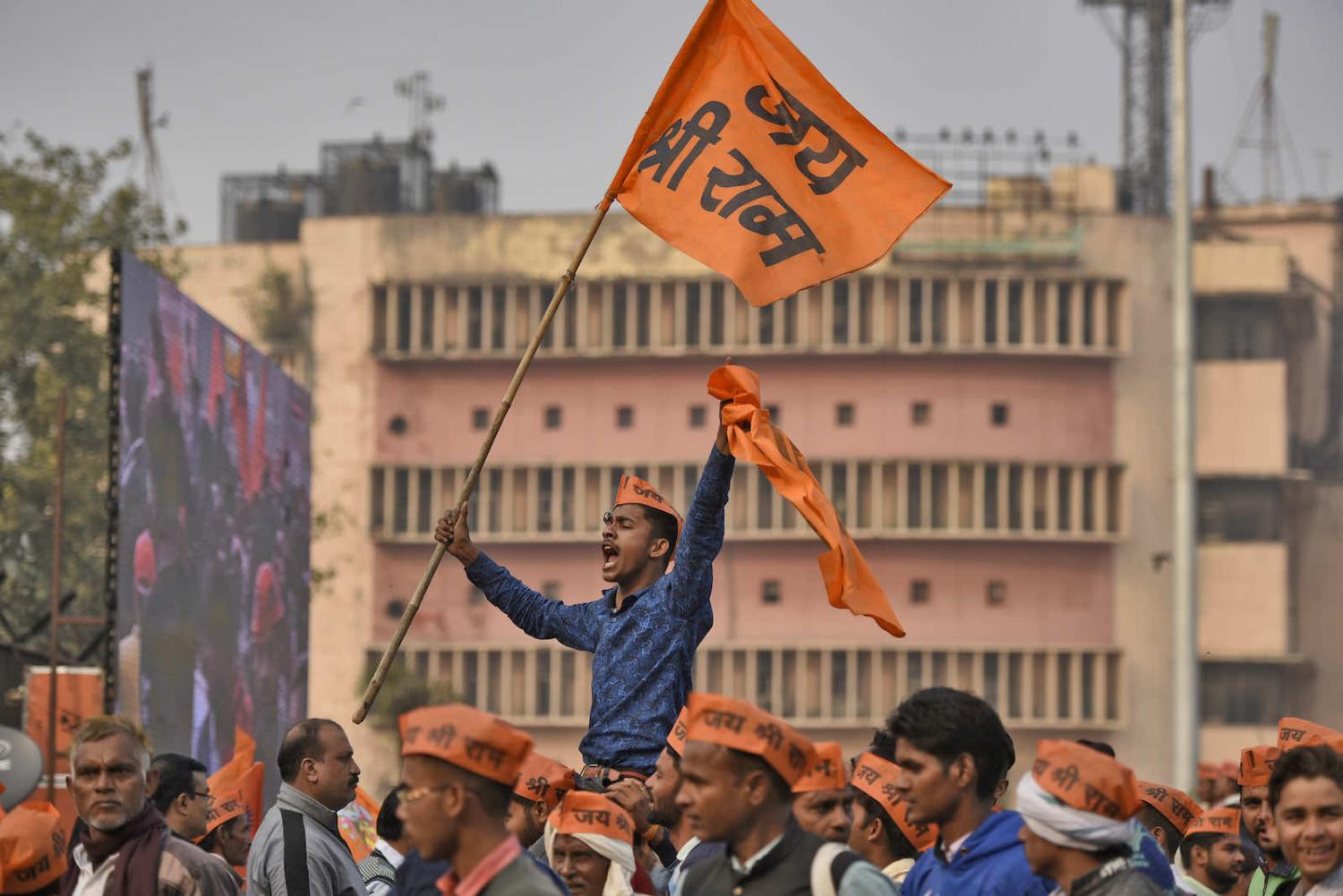 Prime Minister Anthony Albanese probably didn’t realise when he stepped into a Hindu temple in Western Sydney last month for a routine photo op during the election campaign that he was stepping right into a minefield. Photographed in a saffron scarf, the visit garnered some negative coverage for Albanese had, perhaps unwittingly, allowed himself to be draped in the colours of a Hindu fundamentalist group, the Vishva Hindu Parishad, or VHP, which is one of those that are currently working to uphold strict Hindu values in India.

The visit, and the parallel visit by his predecessor Scott Morrison – also pictured in a saffron scarf – underline the growing importance of both Australia’s bilateral relationship with India, and that of the diaspora. But at some point, Australia is going to have to address the elephant in the room: the fact that, within the borders of its newfound ally, there exists democratic backsliding combined with growing illiberalism and authoritarianism. At the same time, there are indications that Indians are looking to export those tensions abroad ­– including here, which draws Australia in.

But it doesn’t appear that any acknowledgement from Canberra will come any time soon. And that is a deep shame. Australia is stronger and more influential than its middle power status generally infers, so making a statement on the domestic issues within its partner could help show where differences lie.

Indians in Australia cannot be considered a homogenous bloc – and official interactions should probably reflect that.

India is, of course, the great hope of all Western democracies keen to hedge against China as a strategic partner, and as a market. A secular democracy filled with aspirational English-speakers, an enormous population and a growing economy has long been a dazzling prospect ­– whatever the reality on the ground might be. Australia has put a lot of resources towards building this relationship, including a controversial 2020 visit by the Australian High Commissioner Barry O’Farrell to the headquarters of another pro-Hindu outfit, the RSS. Earlier this year, there was finally a win, with the announcement of the signing of an interim free trade agreement, which cuts tariffs on exports from Australia to India including coal, lentils, meat and wool. The agreement is the first step towards a long-awaited comprehensive trade deal that has been in the works for more than a decade.

The interim deal came on the heels of virtual summit between former prime minister Morrison with Indian leader Narendra Modi, after which they announced a slew of agreements, including an MoU and a taskforce that would look at ways to make it easier for international qualifications and work experience to be recognised, as well as a new centre for Australia-India business relations. The announcements have solidified the positivity of the relationship, and given Australia new confidence that it is forging new ground with a very suitable new partner, ideal for the contemporary era of geopolitical tensions in the Pacific, Southeast Asia and on the seas.

But this positivity might be coming at a cost – is Australia at risk of losing its voice? With a partner that is known to hedge its bets, and not play by anyone else’s rules – for example, dismissing the entreaties of its Quad partners to criticise Russia in the wake of the Ukraine invasion – to not draw a line could end up looking a bit like complicity.

At the same time, Australia’s 720,000-strong population of citizens with Indian heritage is becoming more important, particularly with the recent realisation that they could be electorally important. The community – diffuse, yet bound together by the common values of aspiration, hard-work and self-sufficiency – has always been thought of as leaning right politically. So it came as a surprise to learn that, based on the results of a survey conducted by the Carnegie Endowment Fund/YouGov, that more than four in 10 respondents identified with Labor, compared with less than three in 10 for the Coalition. It is a result that points to how the demographics of the Australian-Indian diaspora are changing and becoming younger, and more reflective of globally minded millennials who feel they have a say and a stake in the direction of their adopted home.

Against this backdrop however, it is starting to become clear that the internal communal tensions that Indian migrants know from home, aren’t being left at the front gate. Last week, the presence of a controversial BJP parliamentarian in Australia ruffled feathers. Tejasvi Surya, a 31-year old firebrand representing a seat in Bengaluru (formerly Bangalore), had a speaking commitment at a university cancelled after protests, but later spoke publicly in Paramatta. There, he is reported to have called on the Indian diaspora to “protect the civilisation values and philosophy of India”.

“It’s very essential for Hindu parents to give the young Hindus the right worldview to see the world and world affairs from the prism of the Hindu interest,” he continued. “It is very important to train them and give them this lens because, in the coming years, the ideal scenario would be when we have the young rise up to important public office in Australia and be the vanguard of protecting our civilisational interest.” This rhetoric is a contrast with the traditional values of Indian-Australians, which are more about fitting in and getting ahead.

The pushback against Tejasvi’s visit was widely documented in the Australian media, so it is hardly news that there is some growing polarisation within the diaspora between Indians of different religions, castes, language groups and social mores. Indians in Australia cannot be considered a homogenous bloc – and official interactions should probably reflect that.

Canberra and the Department of Foreign Affairs and Trade also need to chart out some scenarios around how they deal with India in the future. Front and centre should be the realisation that India needs the Quad, and it needs Canberra’s partnership, too. Australia might like to cling to the mantle of its middle power status, but in reality it has more clout, economically and diplomatically, on the world stage. In that context, now is perhaps not the time for timidity.

Aid and development links: the cost of a job, traffic in megacities, and more

Links and stories from across the aid and development sector.
James Laurenceson 25 Oct 2022 03:00

Australia’s interest won’t be served by supporting US efforts to build a high fence around China’s technology industry.
Greg Earl 12 May 2022 03:00

The traditional two-party political cycle is being disrupted by the rise of independent candidates from right and left.