This year’s Pacific elections marginalise and isolate too many

As 2022 national polls unfold, it is evident that a global decline in democracy is disadvantaging the most vulnerable. 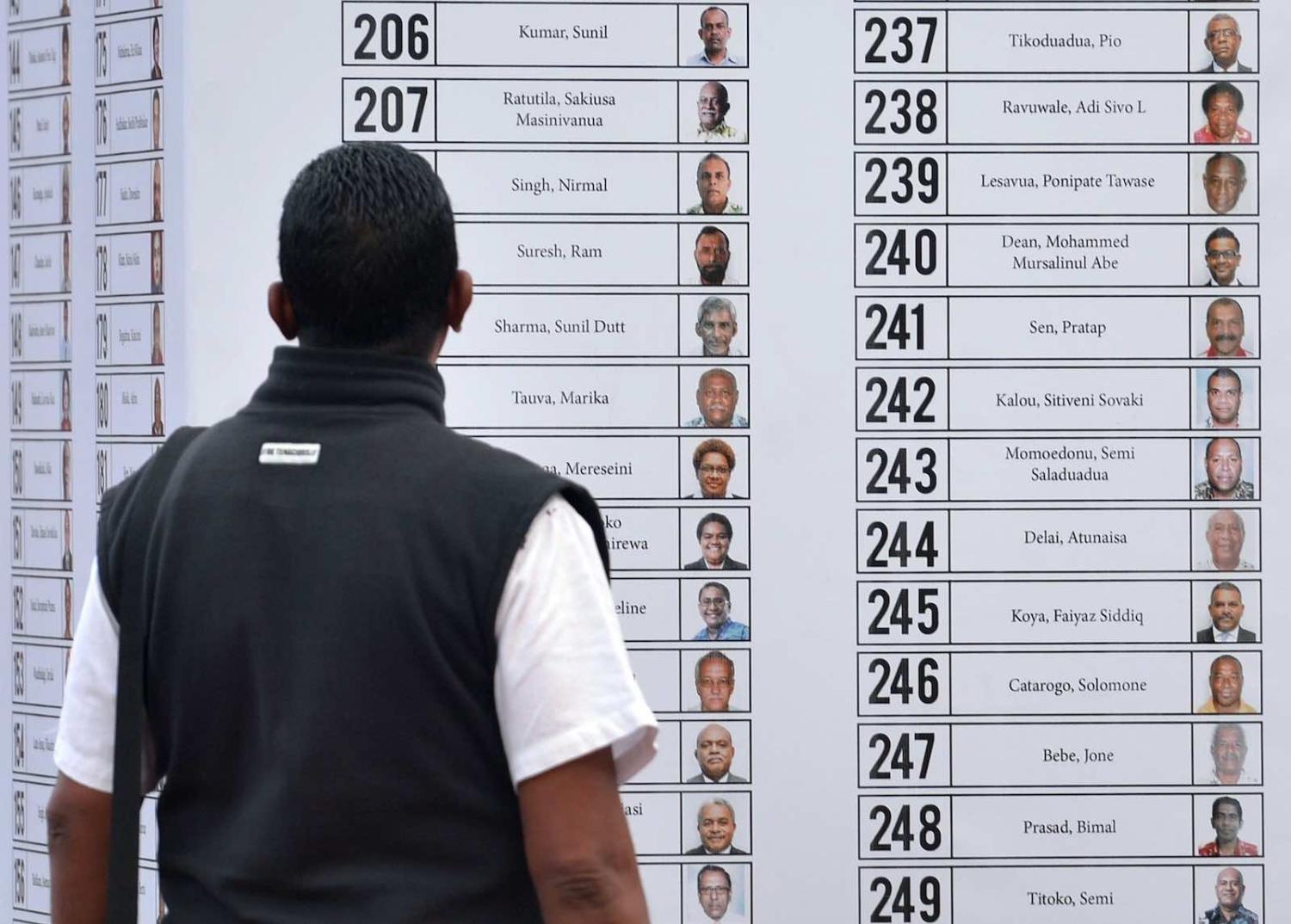 Election season is in the air. With Australia’s ballots counted, Papua New Guinea is set for its tenth national election in 2022, with voting scheduled for July; Fiji is awaiting an election that must happen before January 2023 but could come earlier.

All this in a time described as a new low for global democracy. More than a third of the world’s population lives under authoritarian rule. The Economist Intelligence Unit’s recent Democracy Index report suggests that the pandemic has only compounded existing negative trends, ranking Australia at 9, PNG at 69 and Fiji at 84.

What then is the outlook shaping up for two leading nations of the South Pacific as they head for the elections, particularly for women politicians, in a region with the lowest rate of women in parliament?

PNG will be the first to go to the polls. Vote-buying, gun violence and voter intimidation have long featured in political campaigning, hindering the progress of women candidates, among others.

Most recent public registers show 43 political parties eligible to contest elections in PNG (compared to 38 political parties, including independents, in Australia) and nine parties in Fiji (where rules for political party registration require a minimum of 5,000 members). While eligible Australian citizens could register online to vote, Fiji and PNG electoral processes are limited to in-person registration – a constraint complicated by the pandemic’s public health implications.

Unusual new laws will have an uncertain impact on the Fiji elections.

The Fiji Elections Office announced the legally mandated “campaign period” on 26 April for an unspecified duration, to end 48 hours before the election itself. Breaches of campaign rules could lead to the suspension or prosecution of offending politicians.

Unusual new laws will have an uncertain impact on the Fiji elections. Last March, Fiji added an unprecedented amendment to the Electoral Act requiring political parties, candidates or their representatives who make a “financial commitment” (essentially an election promise with a financial implication) to provide “an immediate written explanation” of how it was to be funded or to risk fines and jail time.

Recent amendments to Fiji’s Electoral (Registration of Voters) Act and Interpretation Act require married women registered under their husbands' surnames to register under their birth certificate names or to arrange a deed poll to align their details. A constitutional challenge in the High Court awaits judgement on the grounds that these requirements disproportionately impact women.

On the gender front, nine out of Fiji’s 51 parliamentarians (18 per cent) are women, compared to Australia’s 38 per cent. Women candidate numbers grew from 20 in 2014 to 56 in 2018 due to minor parties such as the HOPE Party, which fielded a candidate roster comprising 68 per cent women. The majority opposition party, the Social Democratic Liberal Party (SODELPA), had the lowest percentage of women candidates in 2018 (14 per cent) and intends to increase this to 30 per cent in 2022. So far, seven of the 40 candidates announced by SODELPA, and five of the 24 provisional candidates announced by the People’s Alliance, are female. For now, gender representation trails the appetite for more women in Fiji politics.

Seven women have been elected to PNG’s parliament since independence in 1975. There are currently no women in parliament, and this year, a proposal for reserving five seats for women was shelved. Recent numbers show 142 women (4.4 per cent) among this year’s candidates, falling from 176 (5.3 per cent) in the 2017 elections, while the number of seats has grown by seven new open seats. Although none were successful in 2017, the odds are worsening as fewer women are spread across more seats this election. A survey of the Port Moresby northwest by-election revealed that most participants had not cast a single preference for any of the three female candidates in the previous by-election, with only 37 per cent saying they would do so again for the sole female candidate in 2022.

Voter turnout in PNG is reportedly high despite voting not being compulsory, comparable to Australia and higher than other countries in Melanesia.

Voting is not compulsory in Fiji, which is a single constituency for electoral purposes. The 2013 constitution established a new electoral system – an Open List Preferential System with a single national roll and a five per cent threshold of votes for parties to be represented in parliament. In the wake of these significant changes, the Fiji Elections Office (reporting a 71.9 per cent voter turnout at the 2018 elections) and civil society stakeholders have undertaken voter education initiatives to counter misinformation and encourage participation.

PNG recently considered significant electoral changes, with a 2021 bill seeking to alter the country’s electoral system from Limited Preferential Voting back to First Past the Post. Voter turnout is reportedly high despite voting not being compulsory, comparable to Australia and higher than other countries in Melanesia. While PNG’s high voter turnout may reflect high political engagement, commentators call for careful consideration, pointing out persistent electoral fraud through roll inflation before polling (enabling voters to vote more than once) and ballot stuffing at polling during counting are more likely reasons for high voter turnout.

The EIU Democracy Index report concluded that people’s faith in democracy has been weakened by eroding civil liberties, plummeting trust in governments, and increasing popular protests. The environments where elections unfold are increasingly tenuous, with economic concerns post-pandemic driving much of the discontent.

Whatever the outcomes of this year’s Pacific polls, entrenched inequalities – barriers for women in politics, voter intimidation and anomalous electoral rules – continue to marginalise citizens and discourage the flow of ideas essential to democracy.

Only the EU is in a position to pick up the banner of the Western world.
Vijaya Ramachandran , Junaid Sadiq Masood 4 Oct 2019 06:00

Young people, previously taught to observe some principles in fighting, are growing up amid conflict without rules.