India-China conflict: A move from the Himalayas to the high seas?

A risky naval blockade in the Indian Ocean is touted by some as a way to pressure China’s vital energy routes. 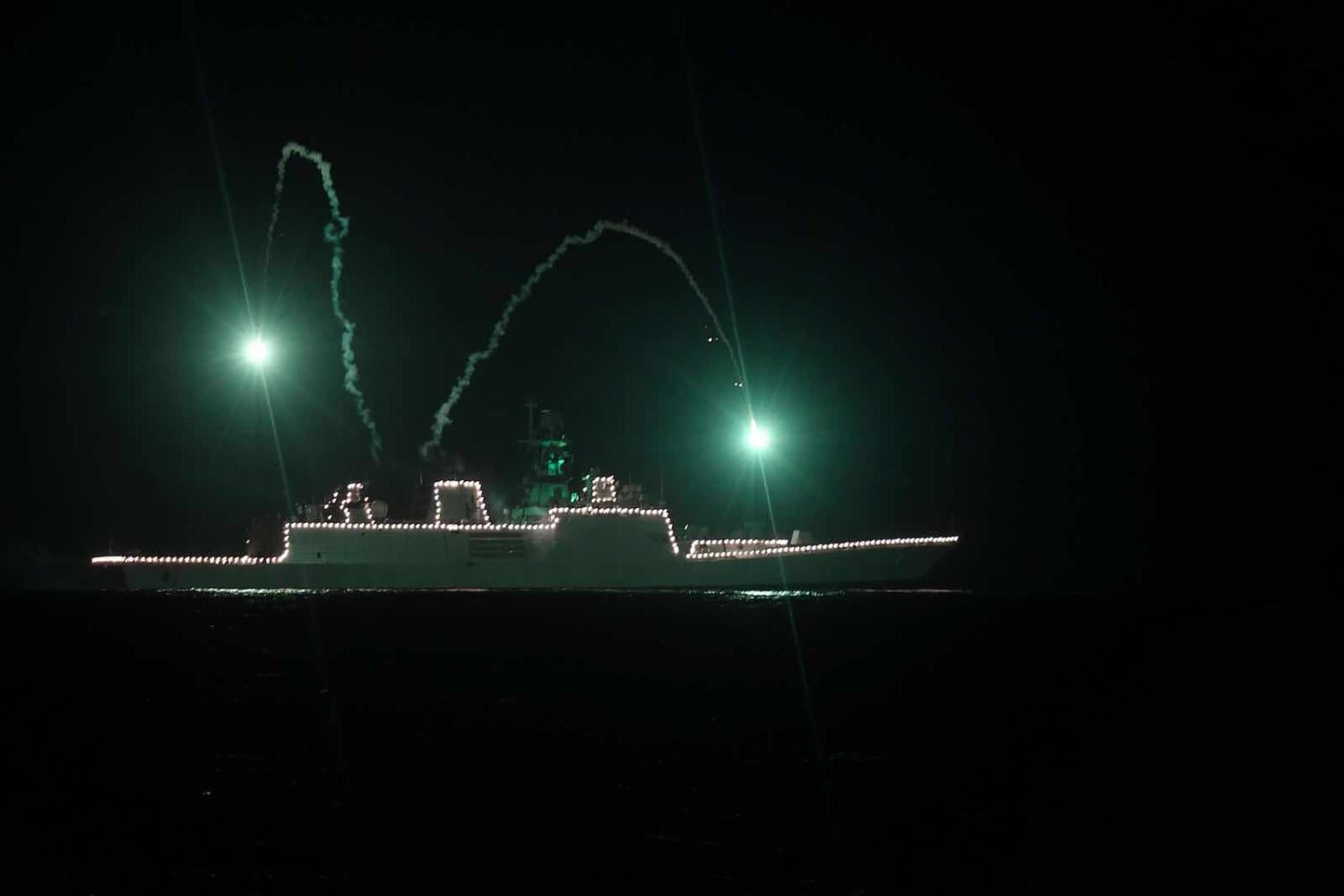 Last month’s clash between Indian and Chinese troops in Ladakh was the most significant conflict between the two countries since 1967. Despite signs of a partial tactical pullback in some places, there is considerable risk of further confrontations and even escalation along the disputed border. Some have been urging the Indian government to respond to China’s moves in the Himalayas by placing pressure on Beijing in the Indian Ocean. What are India’s options and how likely is it to take such actions?

The Indian Ocean holds a particular place in the India-China strategic relationship. In almost every dimension, whether it be economic, nuclear or the conventional strategic balance along the Line of Actual Control in the Himalayas, India is probably at a considerable strategic disadvantage to China. Only in the Indian Ocean, which includes China’s vital energy routes from the Persian Gulf and Africa, does India have the upper hand.

This has important implications for the strategy dynamic. Decades ago, prominent US Sinologist John Garver argued that in the event of a conflict between the two countries, India might be tempted to escalate from the land dimension, where it may suffer reverses, to the maritime dimension, where it enjoys substantial advantages, and employ those advantages to restrict China’s vital Indian Ocean trade.

Short of all-out war, or perhaps an Indian Ocean equivalent of the Cuban Missile crisis, any attempt to interfere with trade would be subject to massive pushback from countries around the world.

This vulnerability gives the maritime dimension of the relationship a special significance. For example, the 2012 Non-Alignment 2.0 report by leading Indian strategic thinkers advocates that India should leverage “potential opportunities that flow from peninsular India’s location in the Indian Ocean” as part of an asymmetric strategy towards China.

These considerations have driven the Indian Navy to adopt a strategy of building its naval capabilities near the Indian Ocean chokepoints, particularly around the Malacca Strait, to create an implicit threat of interdiction of China’s sea lines of communication. The navy considers that its previous threats of blockade made against Pakistan in several previous conflicts had a significant impact.

Indeed, in the aftermath of the Ladakh clashes in June, the Indian Navy was placed in a heightened state of alert and reportedly deployed additional ships to sea, although it is not clear precisely where. In recent weeks, Indian naval commentators have suggested that while India would have a difficult time imposing a blockade on Chinese shipping, it should nevertheless consider interdicting Chinese tankers as they pass near India’s Andaman and Nicobar Islands, or otherwise deter, delay or divert shipping traffic to and from China.

Others have also noted the potential for Washington to move its carrier USS Theodore Roosevelt into the Malacca Straits/Bay of Bengal area to deter any serious escalation of conflict in the Himalayas. (Which, incidentally, would be an interesting replay of President John F. Kennedy’s decision to send the carrier USS Kitty Hawk to support India during the 1962 Sino-Indian war.)

This has not gone unnoticed in Beijing. According to China’s Global Times, the PLA Navy’s Southern Theatre Command (which has responsibility for China’s operations in the Indian Ocean) responded with naval drills in the South China Sea on 18 June.

Putting aside all this sabre-rattling, what are the realistic options for India (or others) to pressure China’s trading routes in the Indian Ocean?

In fact, some naval analysts are deeply sceptical of the ability of any navy to impose a distant blockade of China in the Indian Ocean. Short of inspecting every ship – which would be a huge task – how could a blockade identify those that are actually headed to Chinese ports? What is to stop ships being rerouted in transit, a common event even in normal times? Even if a blockade could be successfully imposed, could China obtain sufficient energy supplies from other sources (which currently includes an “epic” 73 million barrels of oil reserves floating off the coast of China)? Just as importantly, what is to stop China retaliating with its own blockade or interdictions?

Even more important than these practical considerations, the political and diplomatic costs to India would be enormous. Short of all-out war, or perhaps an Indian Ocean equivalent of the Cuban Missile crisis, any attempt to interfere with trade would be subject to massive pushback from countries around the world – including from India’s most important strategic partners.

In short, the Indian Navy might (or might not) have the capability to block Chinese trade through the Indian Ocean, but would Beijing take the threat seriously?

The death of the median voter

When elections or referenda are decided by the emergence of those who do not habitually vote, many of the assumptions of the median voter theory go out of the window.
Jan Harrison 21 Feb 2020 10:30

The rest of the world has a chance to help China learn from its mistakes and emerge stronger from this crisis.