While we prepare for the worst, myriad reasons suggest that China’s rise is not as inevitable as often assumed. 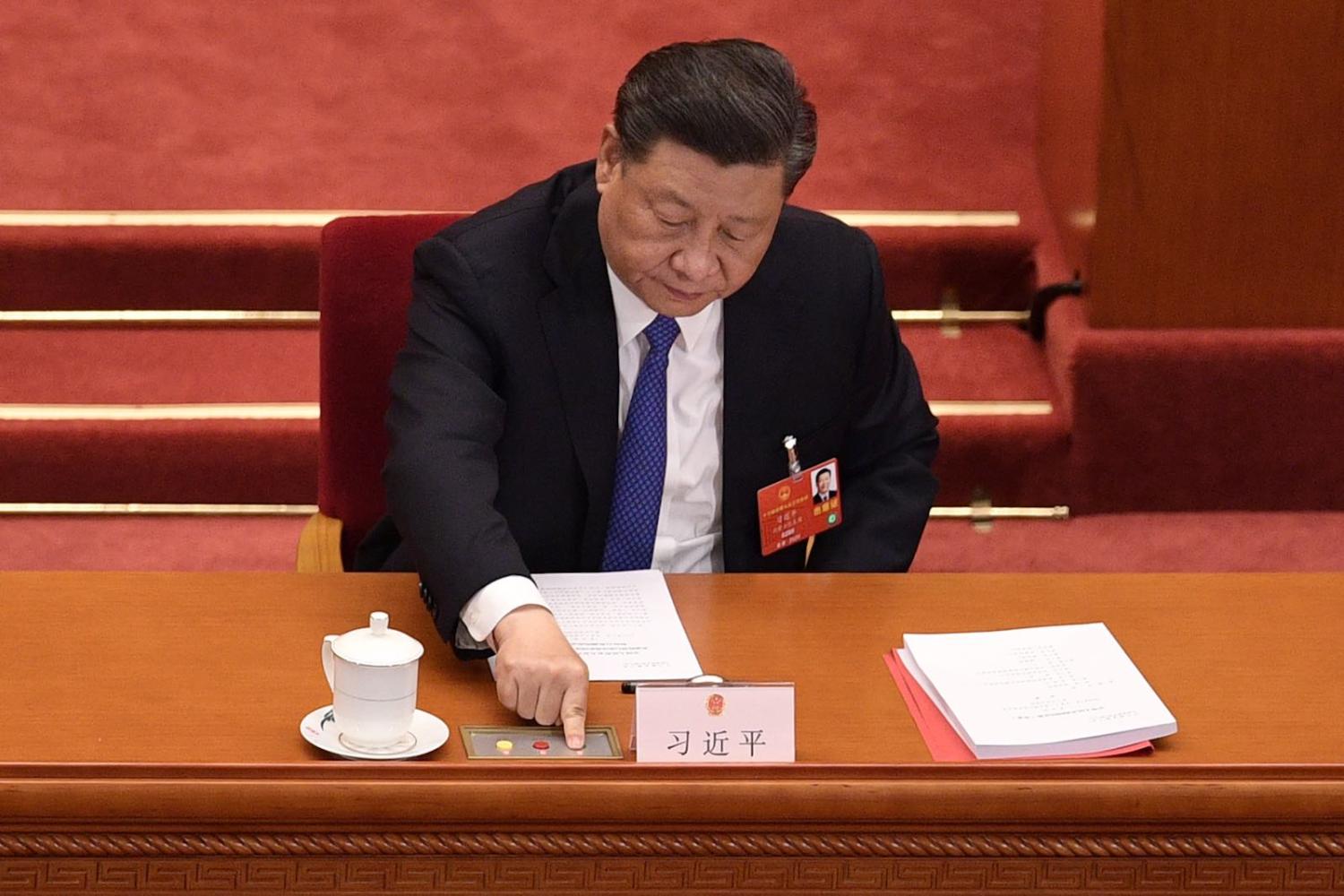 When discussing the rise of China, a sense of inevitability often pervades. China’s sheer population size and economic base will inevitably see it become the dominant regional power– or so the argument goes. China’s faster reopening from Covid-19 lockdowns has added to such arguments.

That China will continue to rise and challenge the regional status quo was implicit in Australia’s recently unveiled $270 billion Defence Strategic Update. Prime Minister Scott Morrison was perhaps more explicit in comparing today’s strategic outlook to the circumstances Australia faced in the 1930s and 1940s.

But just how far will China rise? Given the price tag of Australia’s new defence posture – and the significant opportunity costs at a time when Covid-19 will stretch budgets – it is worth still asking the question.

China’s social contract is built in part on the ability of party elites to provide prosperity, public goods and oversee national unity. The CCP, which values maintaining power above all else, cannot safely ignore the bounds of this social contract. Nationalism – and by extension achieving foreign policy goals – is arguably an increasingly important part of the social contract, but remains somewhat secondary.

China’s highly repressive tactics are unlikely to determinatively quell unrest. Spending on domestic security outstripped the military budget in 2018 and will continue to be a significant burden.

What matters here is that China is likely to have no shortage of stresses to its social contract. While China is by no means alone in facing significant future challenges, its ability to do so will be constrained by the fact that it is still a developing country.

The results of the One Child Policy mean that China’s already ageing population may begin shrinking as soon as 2027. This is bad news for a government aiming to transition its economy towards domestic consumption. The dependency ratio – effectively ratio of non-workers to workers – will increase substantially. China has few social safety nets to protect the elderly and may well “get old before it gets rich”.

An often overlooked challenge facing China is water security, especially with the impact of climate change. Up to 80% of China’s water is concentrated in the country’s south, leaving significant population centres suffering from acute shortages. Proposed solutions such as the $100 billion South-North Water Diversion project are costly. Pollution of groundwater aquifers, which up to two thirds of Chinese cities rely on for some or all of their water, has also become a serious health hazard. It will also be extremely expensive to fix.

The potential for unrest in frontier regions will divert resources away from military spending. China’s paramount leader Xi Jinping has left no stone unturned in his drive to ensure national unity by pacifying Xinjiang, Tibet and now Hong Kong. China’s highly repressive tactics are unlikely to determinatively quell unrest. Spending on domestic security outstripped the military budget in 2018 and will continue to be a significant burden.

This leaves Chinese foreign policy ambitions in a weaker position than is often assumed. China must also realise that destabilising measures will be met with an array of strategic and economic costs. This matters, as it difficult to envisage a peaceful transition to Chinese hegemony. More costs will presumably have to be incurred.

Consider the example of Taiwan, which remains the People’s Liberation Army’s (PLA) “primary contingency” and a considerable drain on resources. China has made much noise about achieving reunification. Yet, any attempts to force reunification, even if successful – which is a huge if – would be extremely costly, as well as risking the imposition of sanctions and the solidification of regional anti-China arrangements. The costs of the measures would further limit Beijing’s ability to maintain its social contract.

More fundamentally, even without the US, the Indo-Pacific is likely to be a crowded region, as Rory Medcalf aptly describes in his recent book. The idea that the US will simply exit the region given its extensive interests, current posture and the importance of its superpower status to its national identity, is of course very debatable.

Together, India, Japan, Indonesia and Australia (leaving aside Vietnam and South Korea) – all countries that have various grievances with China – are projected by 2050 to have a combined population of 2.108 billion and GDP (PPP) of almost $US64 trillion. China will have 1.402 billion people and a GDP of about $US58 trillion. Of course, there is no guarantee that these countries will form alliance-type arrangements. China will try to prevent this, attempting to prosecute territorial disputes with each country in an individualised and favourable way. This realisation alone should be enough for the region’s middle and emerging powers to cooperate in countering – if not containing – China. To this end, the Strategic Update’s doubling-down on greater defence cooperation with the region is a welcome development.

Of course, it is possible that China may somehow prove capable of maintaining its social contract whilst also achieving regional dominance, even in the face of concerted opposition. Defence policy is focused on insuring against worst-case scenarios. Nonetheless, with precious dollars at stake, it is important that policymakers consider in depth these hinderances to China’s rise.

Previous Article
India-China conflict: A move from the Himalayas to the high seas?
Next Article
Philippines government driving jeepneys off the road

Poland's politics seems to have come full circle, with ever lower levels of incivility and cleavages cutting ever deeper across society.
Stuart Minchin 22 Dec 2020 06:00

A repository for regional data not only preserves the lessons of the past, but will shape a better future, too.
Johannes Nugroho 15 Jan 2021 06:00

Joko Widodo is sending mixed signals about whether he is truly combating religious radicalism.