India: The strange sight of clear skies amid a corona gloom 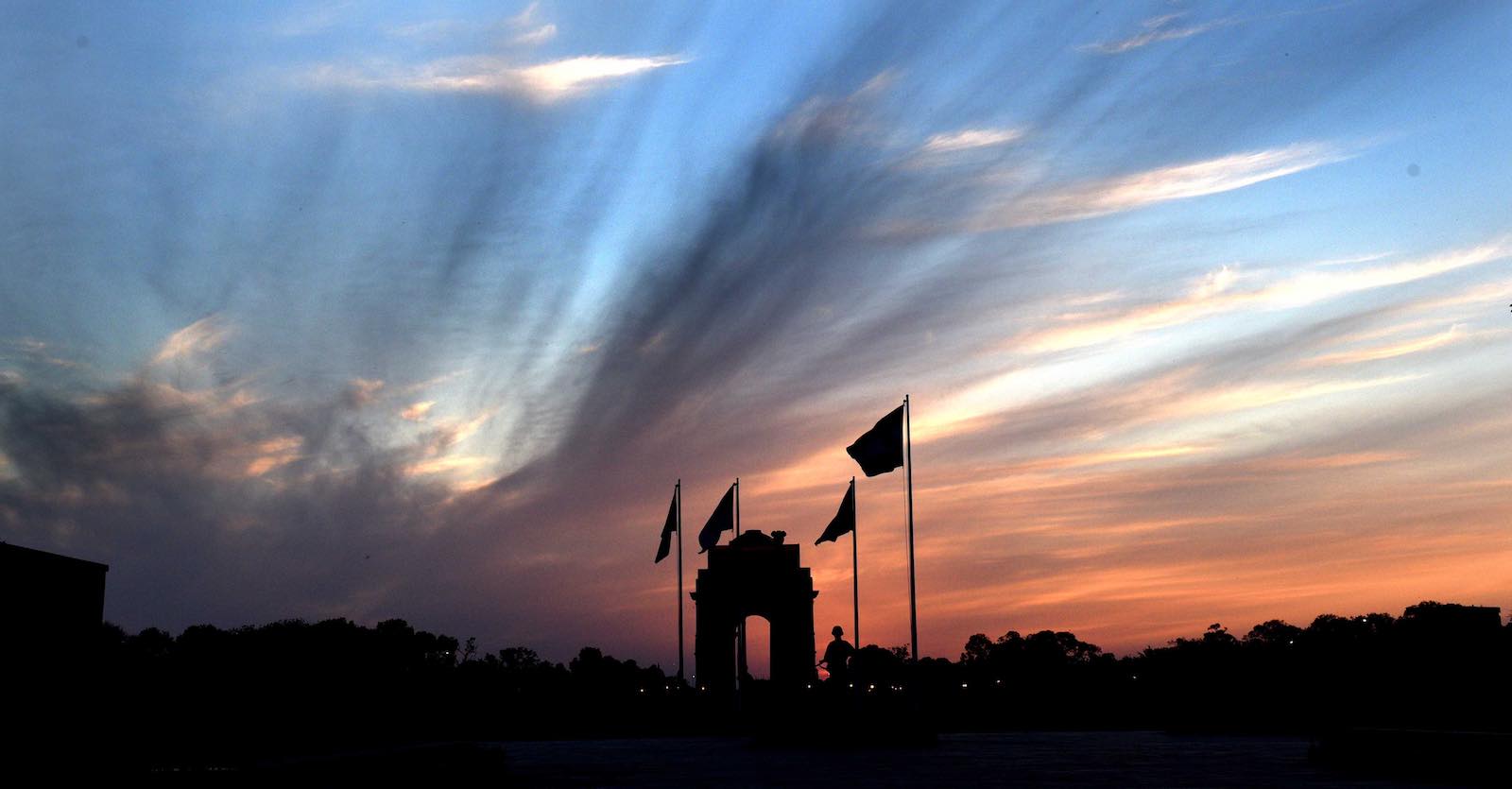 Almost immediately after Indian Prime Minister Narendra Modi announced there would be an almost month-long lockdown across the country from 24 March to help stymie the spread of Covid-19, the clouds started to clear. For the first time in years, residents of New Delhi – usually ranking in the top five most polluted cities in the world – woke up to blue skies over the city, rather than its usual murky toxic pea soup.

Instead of the usual traffic noise and endless tooting of horns, people could hear birds from their inner-city balconies: bulbuls, kites, and, at dusk, even peacocks.

Millions of cars on the roads, combined with belching exhaust fumes from manufacturing facilities, added to the haze from burning crop stubble – all this has meant air quality in Indian cities is off-the-charts awful.

In between sucking in great gulps of fresh air classed as only “moderately unhealthy”, rather than the usual “hazardous” level, Indians have spent the past few weeks endlessly posting photos of blue skies and car-free streets to social media. Independent monitoring bodies announced that levels of PM 2.5 – the dangerous one that gets lodged in people’s lungs and intestines – fell by up to 70% in the first week.

Indians have long suffered the flow-on effects of the need for a level of economic activity that can sustain some kind of livelihood for 1.3 billion people. Millions of cars on the roads, combined with belching exhaust fumes from manufacturing facilities, added to the haze from burning crop stubble – all this has meant air quality in Indian cities is off-the-charts awful, with 21 of the world’s 30 most polluted cities located in India. However, last weekend Delhi was listed as just 16th on the list of the world’s most polluted cities, below Taipei and Belgrade.

And it is not just in the cities that people are reaping the benefits. This month, residents of towns in Punjab state reported an unfathomable sight: the snow-capped peaks of the Himalayas, specifically, the Dhauladar Ranges, almost 200 kilometres away. Meanwhile, India’s rivers, usually clogged with effluent, garbage, oil and manufacturing residue, are cleaner than ever – with water even drinkable in some parts.

With everyone indoors, it has allowed Indians to envisage an alternative existence, one where they could enjoy a better quality of life, without having to migrate from their home country.

“Never seen Dhauladar range from my home rooftop in Jalandhar...never could imagine that’s possible." The coronavirus shutdown has cleared the air around the world, and opening mountain visibility in places that hasn't been seen for decades.https://t.co/VOXfvm4xXc pic.twitter.com/38a55ObDCH

The catch, however, is the fate of India’s many millions of rural and urban poor. For them, the shutdown has meant unrelenting privation and probable starvation. It has meant a march of sometimes hundreds of kilometres for thousands of internal migrants, heading home to their rural villages without any transport options. To date, at least 35 of them have been hit by speeding cars on Indian highways, according to a dataset published last week. While Covid-19’s death toll is almost 550, almost 200 others have died from related factors, including starvation, police brutality, and suicide. Commentators are also warning that the lockdown will mean a rise in bonded labour and human trafficking, pointing to a looming multi-faceted humanitarian crisis.

The government has been working on plans to ameliorate the impact on the poor, saying it will release relief funding to the tune of US$22 billion, mostly through direct cash transfers and food security, and in particular would funnel funding via the existing work-for-cash channel, the National Rural Employment Guarantee Act. Recipients generally receive around 100 rupees, or $2, per day, for labour work on various schemes. It is a far cry from 2015 when Prime Minister Narendra Modi described the NREGA as a “living monument” of failure by the previous Congress government.

Authorities are also starting to change their tune on environmental protections. In its first term, Modi’s BJP government appeared intent on diluting protections, such as changing regulations around forests and coasts, and effectively blocking the funding of Greenpeace’s India office. However, after protests last November following days of persistent toxic smog and criticism from Supreme Court judges, the government announced plans to use hydrogen-based fuel technology to replace polluting fuels used in factories and transport. Hydrogen fuel has been successfully used in Japan to lessen pollution.

The Covid-19 crisis does give the impression of an earth-wide ecological “reset”. One thing is clear: it has certainly forced the Indian government to rethink some of its own moves and motivations. It is, nevertheless, an extremely tricky and unenviable position for India, as with governments around the world. As one columnist put it, death by virus or starvation? Economic downturn versus ecological degradation? It’s an unenviable choice between two equally unpalatable extremes for India’s leaders.