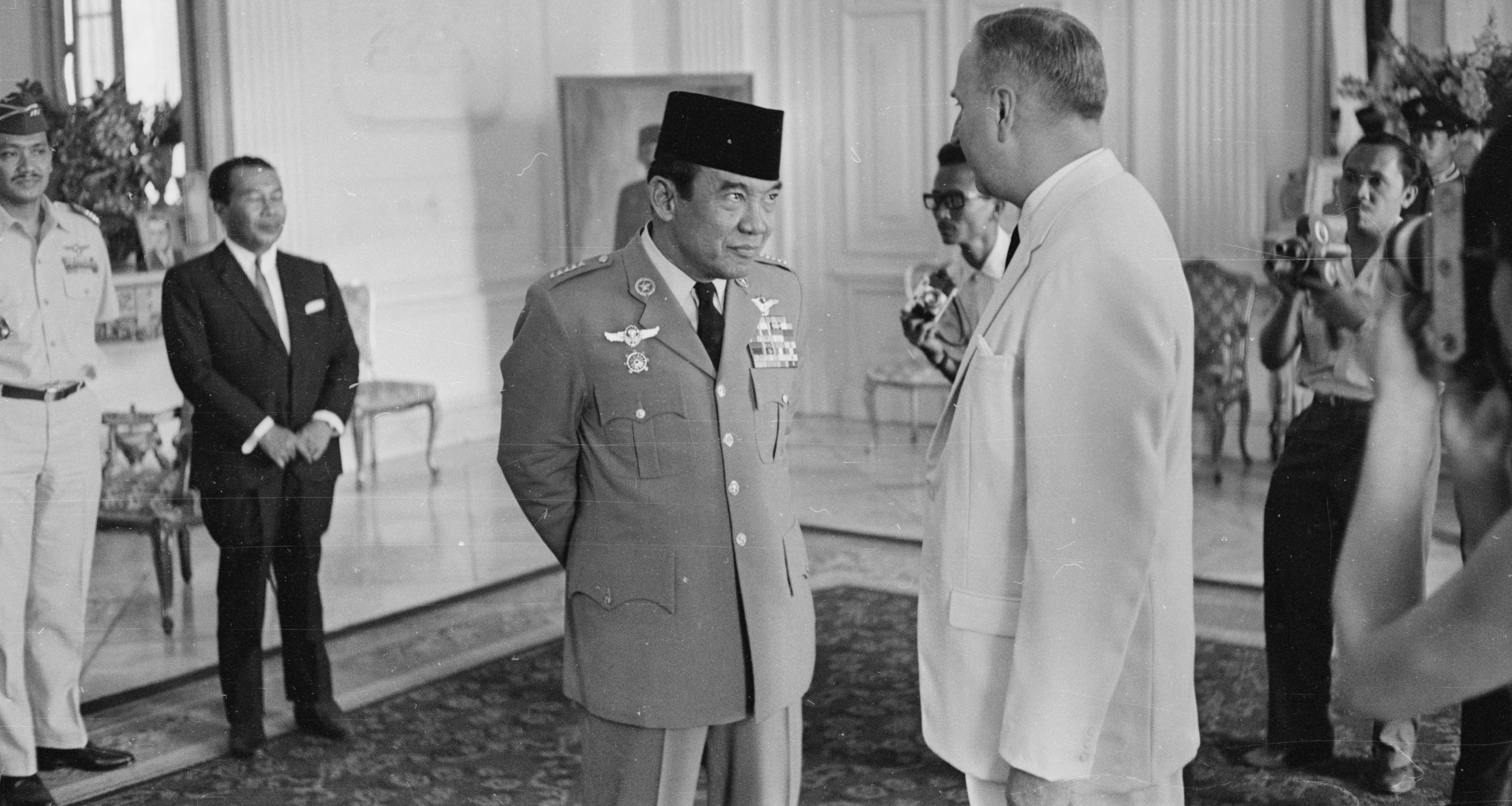 In the debate over the relevance of diplomatic missions in a globalised and networked world that's been sparked by the Lowy Institute's Global Diplomacy Index, it is important to consider how diplomacy is both perceived and conducted by non-Western states.

Consider Indonesia as a case study. For Indonesians literate in their country’s political history it would be quite unthinkable to question the contribution of diplomats and diplomatic missions in advancing Indonesia’s national objectives. Moreover, the stakes of diplomacy historically have been much higher for Indonesia, and the political imperatives more compelling, than in a Western democracy like Australia.

Indonesian diplomats were midwives to the birth of the independent nation-state. And although the role of armed struggle against repeated Dutch police (military) actions in 1947 and 1948 is rightly acknowledged in Indonesian history, the work of Indonesia's nascent diplomatic corps and the influence of individual ambassadors and emissaries kept Indonesia's nationalist struggle on the international agenda resulting in eventual Dutch capitulation.

But the vital role of diplomacy in achieving statehood was not moribund upon the formal transfer of sovereignty from the Netherlands in 1949. For Indonesia, the Republic remained incomplete without the incorporation of Dutch West New Guinea. Through a combination of US pressure on the Dutch and Indonesia’s intense diplomatic lobbying at the UN and through the Non-Aligned Movement, the UN instituted an interim administration arrangement in 1962 prior to handing administration to Indonesia. Leveraging off geopolitical tensions and a large Soviet arms build-up in Indonesia, Indonesian politicians and diplomats played on America’s Cold War anxieties about monolithic communism and Soviet influence in Asia. The protracted decolonisation process in West New Guinea had served only to empower Indonesia’s Communist Party (PKI); a fact made increasingly obvious to Washington.

During the same period, President Soekarno’s revolutionary politics were impacting on Indonesia's foreign ministry and the country’s regional diplomatic posts, revealing the high stakes game in Jakarta. Soekarno's political embrace of the PKI and the feverish discourse around NEKOLIM (Neo-colonial) and OLDEFOS (Old Established Forces) fuelled the politicisation of both the foreign ministry and Indonesia’s overseas diplomatic missions. Diplomats who served during this period, for example, recall the preferential treatment reserved for members of Deplu's leftist Youth Movement in First and Second Secretary appointments. Scholarships and study experience gained in the West increasingly became a career liability.

As a result of the Konfrontasi campaign (1963-66) against the new Malaysian Federation, Indonesia’s regional relations deteriorated markedly. Indonesia closed its diplomatic missions in Singapore, Penang and Jessselton (Kota Kinabalu) in protest against not being consulted on such an important regional development and suspicions the Federation was a neo-imperialist plot designed to contain Indonesia.

The apex of Indonesia's revisionist foreign policy was manifested in the closure of Indonesia’s permanent mission to the UN in January 1965 and subsequent announcement of a political axis with Peking. To date Indonesia remains the only state to have withdrawn from the supra-national body.

The turbulent times for Indonesian diplomats did not cease with the political demise of President Soekarno, however. As the military consolidated its power, Indonesia's foreign policy apparatus was 'cleansed' and 'purged' by Army authorities. In 1966, foreign minister Dr Subandrio and departmental Secretary-General Garis Harsono were both arrested and sentenced to death. The Suharto-led New Order government later commuted the death sentence against Subandrio (a former ambassador to London and Moscow) following British intervention.

Reflecting the military’s broader dual socio-political role (dwifungsi) and its institutionalisation across Indonesia's bureaucracy, the Suharto-led New Order regime increasingly appointed senior Army officers as ambassadors to Indonesia's strategic missions then classified as 'D1' posts. As the end of the Cold War led to an increased focus on human rights by Western states, Indonesia's choice of diplomatic appointments on occasion fuelled bilateral spats. In 1995, for example, Jakarta's choice of General Herman Mantiri as ambassador to Canberra was rejected by the Keating Government, exacerbating differences over civil and political rights.

The reforms instituted by foreign minister Hassan Wirajuda [2001-2009] required greater accountability of Indonesia's ambassadors, consul-generals and consuls, and greater efficiencies in the management of personnel and resources at post. The democratic state's duty of care to it citizens overseas, meanwhile, comprised mainly of young female domestic workers, was reflected in institutional changes in Jakarta and enhanced consular services for Indonesian expatriates.

Whilst the political influences shaping the work of Indonesian diplomats are now driven less by radical politics, internal stability concerns or democratic norms, Indonesian diplomats now work within the ideational context of President Jokowi’s revolusi mental and Nawacita. A continuum of early Soekarnoist ideology, revolusi mental aims to improve both the integrity and productivity of the Indonesian people, whilst Nawacita articulates nine aspirational goals or principles of state.

These ideational influences combine with the practical imperatives for Indonesian diplomats to facilitate trade and investment critical to Indonesia’s infrastructure priorities. The need to finalise land and maritime boundaries, moreover, is made more urgent by China’s increasing assertiveness in Indonesia’s Exclusive Economic Zone.

Although the protection of Indonesian citizens and legal entities abroad has remained a core foreign policy priority in the post-authoritarian era, diplomats now express this through the conceptual terms of revolusi mental and Nawacita.

In summary, Indonesia’s diplomats and overseas diplomatic missions remain indispensable, as they stand at the intersection of Indonesia’s nation building project with the broader international community. The nuances of this project may have shifted over time, but the fundamentals remain similar: diplomacy for the development of a cohesive national identity, diplomacy for economic growth and prosperity; diplomacy for defence of Indonesia’s sovereignty and territorial integrity. Yes, embassies still matter; for Indonesia at least.

Shirt-fronting: Why Abbott missed the mark