Joko Widodo may have an eye to his legacy by inviting the junta to Jakarta, but it could also cost his prestige. 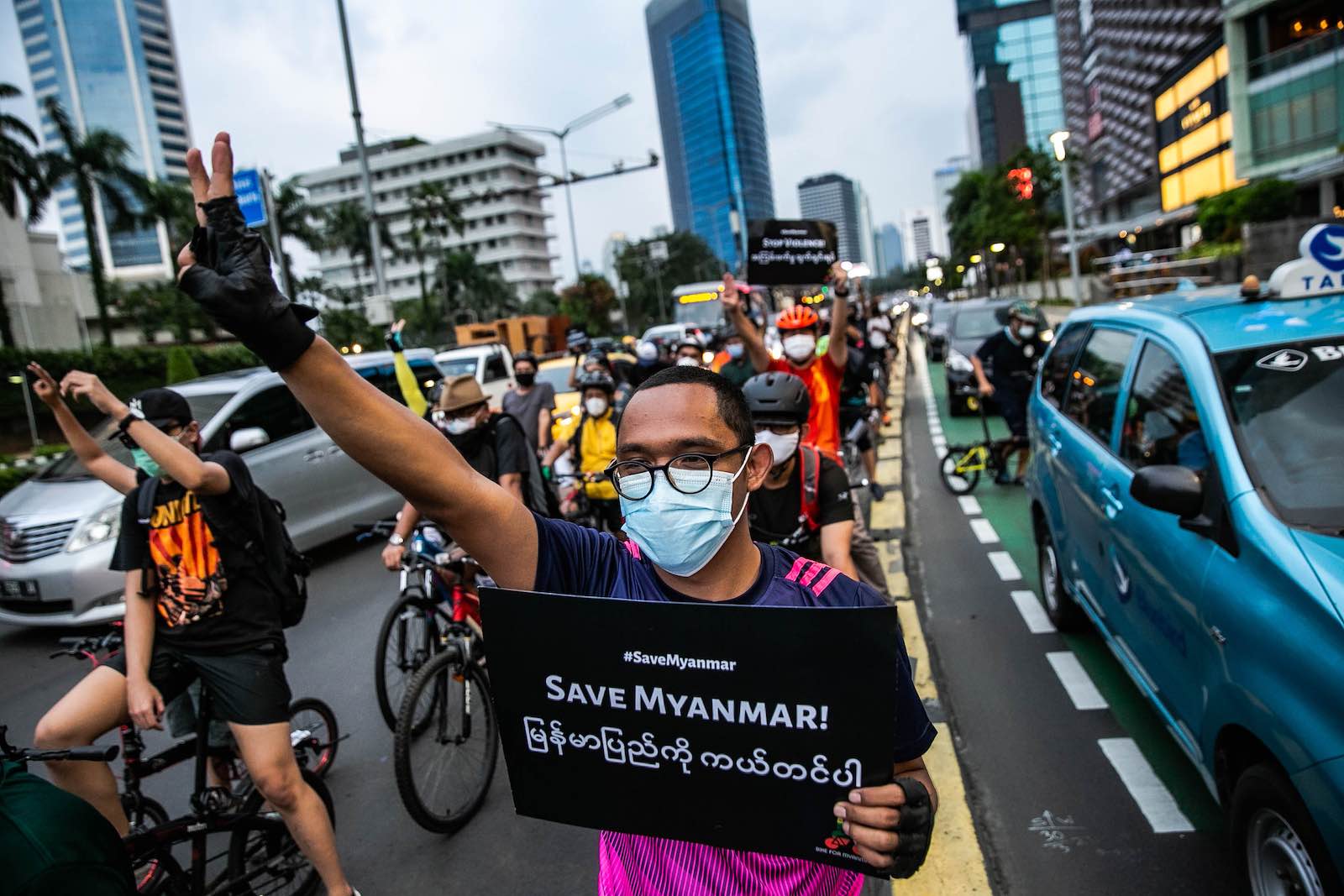 In a bid to resolve Myanmar’s political crisis sparked by the February military coup, Indonesia will host a leaders’ summit for the Association of Southeast Asian Nations (ASEAN) in Jakarta on 24 April. Myanmar’s coup leader, Senior General Min Aung Hlaing, is expected to attend, alongside the other nine heads of government from ASEAN member states.

There is definitely triumphant optimism within President Joko Widodo’s administration about the summit. Indonesian media is also enthusiastic. In its editorial, the Jakarta Post called it “a diplomatic scoop for Jokowi [as the president is popularly known], who has previously shown little appetite for foreign affairs”.

Yet a buoyant mood alone is no recipe for a successful summit. While there is always hope for tangible results, there are a number of things to bear in mind.

It is indeed extraordinary that a summit was convened specifically to deal with the Myanmar issue, which is a marked departure from the usual indirect and informal diplomatic style characteristic of ASEAN. In 2014, when the Thai military launched a coup against the country’s caretaker government, Indonesia, which held ASEAN’s rotating chairmanship at the time, never suggested a special summit. Whether the coup was purely seen as Thailand’s internal issue, or that no member country would dare offend Thailand’s sensibilities as a founding member, remains hazy.

If the summit fails to engender any concrete settlement, Jokowi will emerge with much dented credibility.

The Myanmar coup has generated a great deal of international outrage because of the abrupt setback it represented for the country’s democratisation process after elections in 2015. It was made worse by the rising death toll that has followed, with more than 500 pro-democracy protesters killed so far by the military.

Foreign Minister Retno Marsudi said in late March that the use of force against anti-coup protesters by Myanmar military personnel was “unacceptable”. But concern for democracy may not wholly lie behind Jokowi’s drive to tackle the crisis in Myanmar.

When efforts were made by ASEAN nations to encourage reform within Myanmar in the 2010s, Indonesia’s then-president, Susilo Bambang Yudhoyono (SBY), and his Foreign Minister Marty Natalegawa, were reported by the Indonesian press to have played a major part in nudging the Myanmar military – the Tatmadaw – to emulate Indonesia’s example. Indonesia’s own military deposed the civilian government in 1965, which resulted in an army general, Suharto, assuming power, with hundreds of thousands killed. Despite the semblance of a representative democracy that followed under President Suharto, the military remained powerful politically until 1998, after which it underwent reform to make way for civilian supremacy.

Prior to Myanmar’s first free election in 2015, SBY held meetings with then-President Thein Sein. During these encounters, he supposedly sought to convince his counterpart of the benefits of reform. Ito Sumardi, Indonesia’s ambassador to Myanmar between 2013 and 2018, said the Tatmadaw had even sent its personnel “to study military reform” in Indonesia.

So this important role supposedly played by SBY in Myanmar’s democratisation, and the burden of history it imparts, may have largely driven Jokowi’s determination to do his part. After all, it would be a poor legacy to leave behind, both at home and internationally, if Myanmar’s democratic gains under SBY were to fall apart on Jokowi’s watch.

Nevertheless, agreeing to host the summit is a bold gambit for the president. If it fails to engender any concrete settlement, Jokowi will emerge with much dented credibility and prestige. This may explain why, despite the fact that Brunei Darussalam currently holds ASEAN’s chair, the sultanate was only too happy to let the summit be held in Indonesia.

Already there is criticism that by failing to include representatives of Myanmar’s parallel government, the National Unity Government (NUG), ASEAN has negated the result of the November election. But there was also the risk that inviting the Tatmadaw’s political opponents might have alienated the junta entirely.

Now that ASEAN recognises the military-appointed State Administration Council as Myanmar’s de facto government, any hope for a return to the pre-coup state of affairs is dashed. The only recourse left for ASEAN is to pressure the Tatmadaw into agreeing to a form of power sharing with its political rival, the NLD.

The question that arises here is whether the military is willing to co-exist with NLD’s leader, Aung San Suu Kyi, who retains immense public support within Myanmar, which makes it that much more difficult for the military to win in another free election, something it has pledged to do at an unspecified future date.

The dubious charges currently brought against Suu Kyi by the military, which include ownership of unlicensed walkie-talkies, breaches of Covid-19 restrictions and bribery, clearly show that it is eager to snuff out her political existence. But can Myanmar’s people accept a government without Aung San Suu Kyi?

To further complicate matters, each of the ten ASEAN members has its own interests and agenda to protect in relation to Myanmar.

Singapore, with about US$24 billion of investments in Myanmar – the largest foreign investor ahead of China – will be careful about managing risks to its own economy. But Vietnam, for instance, may have other incentives, as it could benefit from the instability caused by the coup as prospective investors set their sights on neighbouring countries.

In inviting Min Aung Hlaing to the summit, ASEAN has shown a lot of goodwill towards the junta leader, even if at the expense of democracy. Since it will be the first time most ASEAN leaders have met him in person, they each have an unprecedented opportunity to cultivate the man who will decide Myanmar’s future. Perhaps this will be a good start to finding a more lasting solution in Myanmar.