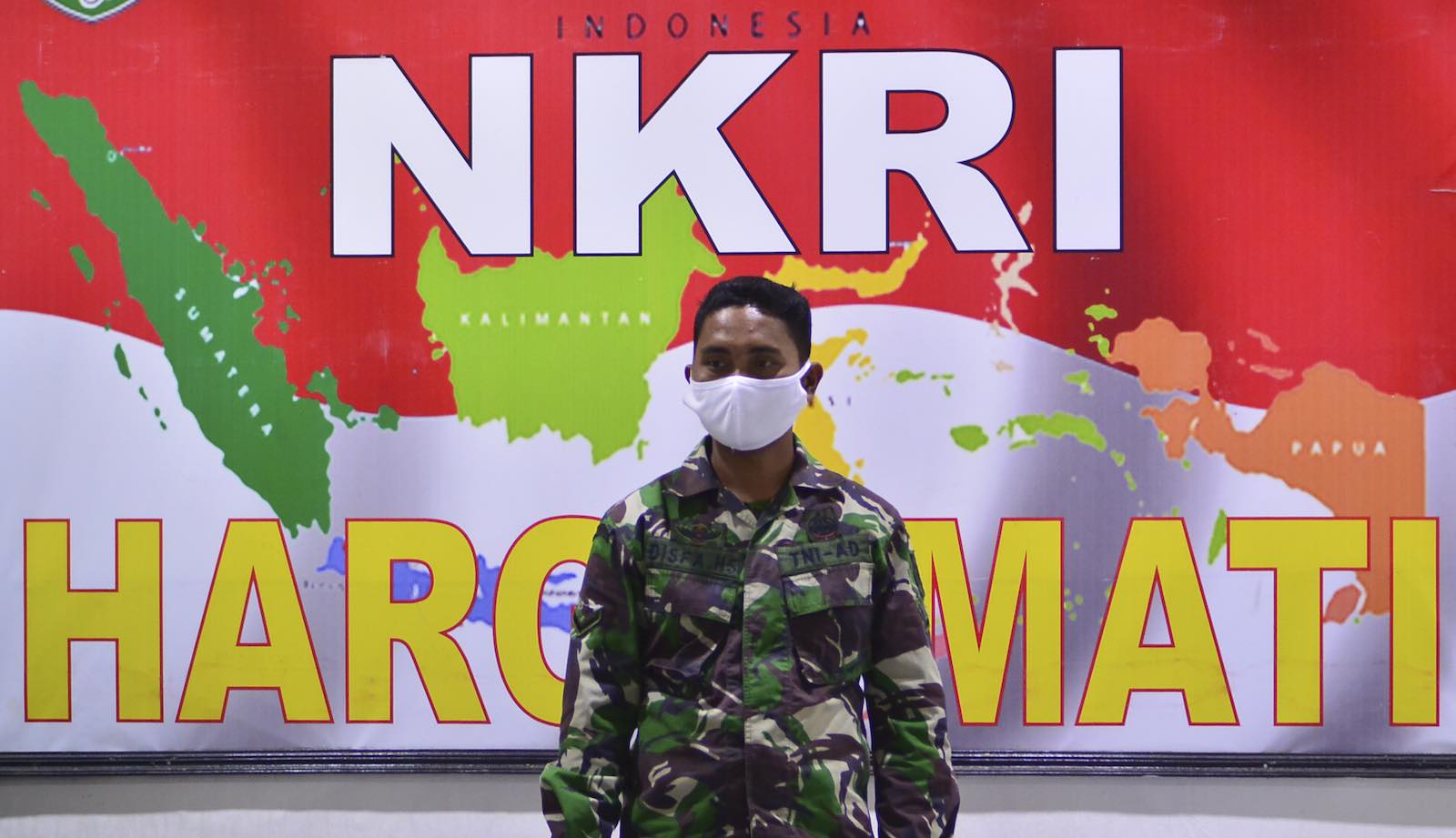 There are early signs of political support for the police and military to take control of provincial government responsibilities if they become a threat to the central government’s response (Mimi Saputra/SOPA Images/LightRocket via Getty Images)
Published 8 Apr 2020 10:00   0 Comments       Follow @bradleywoodAU

The spread of Covid-19 throughout Indonesia is more than a health and economic crisis but a direct challenge to national unity. What began as a problem of resources and hospital capacity has developed into one of policy, driven not by expertise but instead by political considerations about how to maintain control.

Since Indonesia announced its first cases of Covid-19 in early March, the virus has been detected in 32 out of the 34 provinces. Widespread local transmission is now evident in Java, Kalimantan, and Sulawesi. Indonesia’s death toll is roughly 8%, making it the highest in Southeast Asia, and it continues to rise at a rate higher than the world average of 5%.

Even more alarming is that Indonesia’s death toll is already high despite its limited testing capacity. Indonesia has reported more than 2000 positive cases and more than 200 deaths from a total of just over 13,000 tests. Indonesia’s polymerase chain reaction (PCR) testing currently has a maximum capacity of approximately 1700 tests per day.

Low testing has resulted in a growing backlog of samples, including potentially thousands collected from those recently deceased due to suspected Covid-19 infections. Low official numbers are perhaps buying the government time, creating the perception that, as there are apparently only marginal increases in infections and deaths, it has the crisis under control.

The administration of President Joko Widodo has struggled to develop clear and coordinated policy aimed at tackling a pandemic.

But this lack of accurate data is also having an impact on policy advice. Indonesia’s National Intelligence Agency (BIN) has been praised for accurately predicting the number of positive cases for the month of March, which conveniently correlated with official numbers. BIN estimates that Indonesia’s Covid-19 cases will peak at around 95,000 cases by the end of May. It remains unclear, however, what data BIN’s predictive model is based on.

Western intelligence agencies have warned that data from China is unreliable and that many of its initial models which relied on this data have been wrong. Indonesia’s current testing rate also suggests that total PCR testing may not reach BIN’s estimated peak in time unless Indonesia increases testing capacity. If it does not, it is more likely that it will be long after May before Indonesia can determine whether it has reached its peak, if then.

The administration of President Joko Widodo (“Jokowi”) has struggled to develop clear and coordinated policy aimed at tackling a pandemic. There have been widespread calls for a lockdown and a domestic travel ban to prevent thousands spreading the virus as they return to their villages for the post-Ramadan Idul Fitri holiday period over the coming weeks.

Provincial governments have been quicker, however, to respond to these calls. Jakarta Governor Anies Baswedan has proposed a regional quarantine for greater Jakarta. West Java Governor Ridwan Kamil has revealed that his government has been preparing for a lockdown. Some local governments such as that of Tegal in Central Java have gone further and implemented their own lockdown policy.

Confronted with a potential situation of provincial and local governments defying the central government’s authority, Jokowi has declared a state of emergency, directing local and provincial leaders to follow the central government’s regulations. But his administration has thus far refused to implement large-scale lockdowns at the local or national level and decided against a nation-wide domestic travel ban. Instead, he has taken the middle ground emphasising large-scale social distancing measures and used the highest Islamic authority in Indonesia – the Indonesian Ulema Council – to forbid travel for Idul Fitri, or Eid al-Fitr, marking the end of the Ramadan fast, on 23 May this year.

The Jokowi administration has argued that it wants to avoid a lockdown and a domestic travel ban because those measures would bring Indonesia’s economy to a standstill and this policy is “the best amongst a number of flawed options”. Indonesia wants to avoid taking a similar approach to India, which has applied a nationwide lockdown. This has inadvertently shut down supply chains, closed state borders, and left millions of India’s poorest migrant workers starving under heavily restricted conditions.

It seems that Jokowi has prioritised preserving the economy over preventing the spread of the virus because he fears his legitimacy and hold on power may be at risk. In a national lockdown scenario, the central government is required by law to provide all the basic necessities to citizens. This would be a substantial burden for the national budget already struggling to deal with the crisis. Indonesia also relies on food imports and the risk of food shortages will increase due to potential domestic and global shortages which could result in widespread protests that would stretch security forces to their limits, and potentially beyond, if many of their personnel fall victim to Covid-19.

So far, provincial leaders have not gone further than accusing the central government of stonewalling their efforts to contain the virus. But if the Jokowi administration continues to be paralysed by indecision that is driven by a fear of losing control, it won’t be long before provincial governments begin locking down their provinces as the crisis worsens.

The central government could also end up competing with the provinces for scarce medical supplies on the international market hindering the national response. There are early signs of political support for the police and military to take control of provincial government responsibilities if they become a threat to the central government’s response.

The “best amongst a number of flawed options” may prove to be the most flawed, leading to provincial governments taking the very measures the central government wants to avoid, and risking a direct threat to Jokowi’s legitimacy that may require intervention by the security apparatus to resolve.