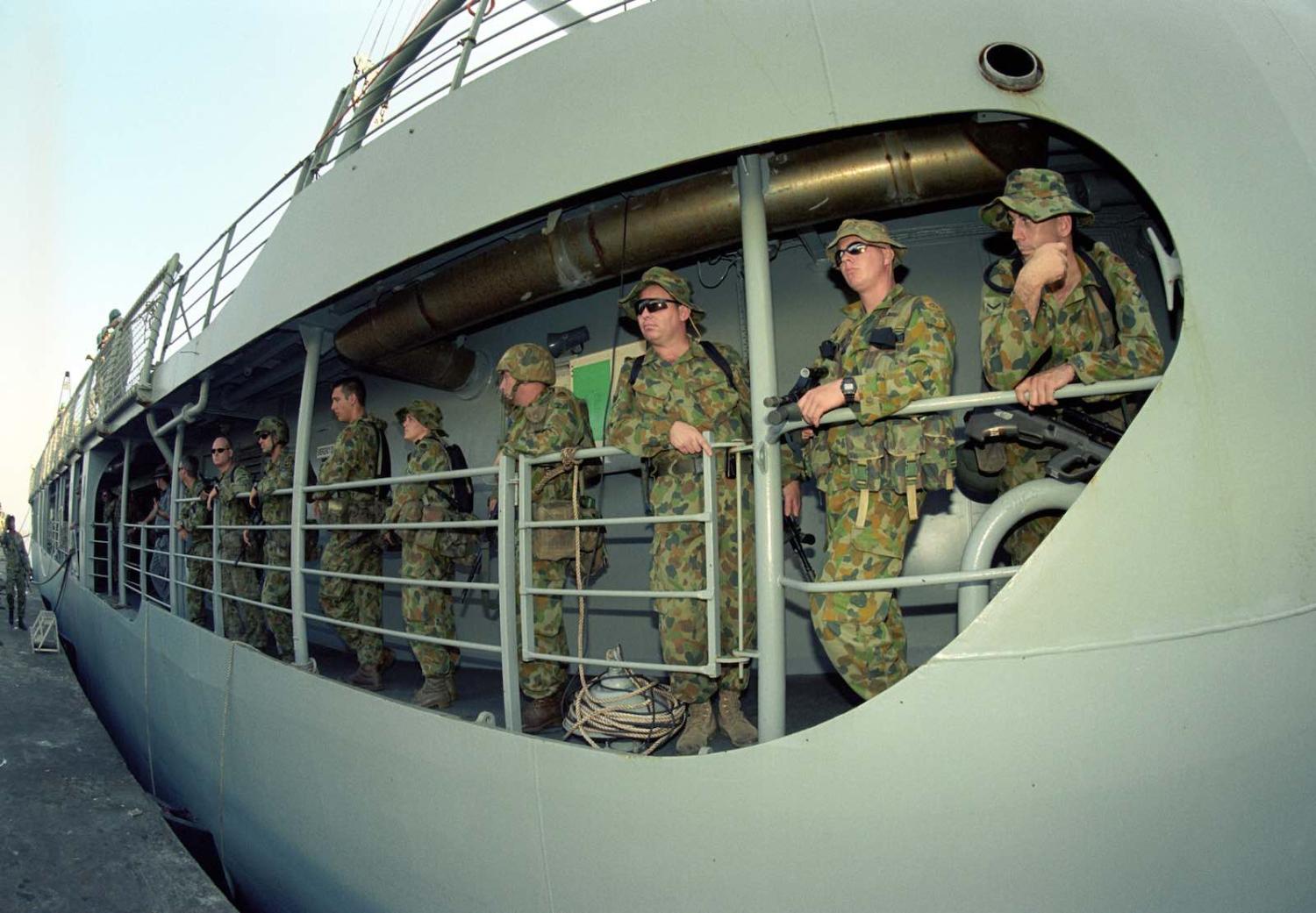 Today marks the 20th anniversary of the establishment of the International Force East Timor (INTERFET), a multinational mission led by Australia to stabilise the country in 1999. As a former Army officer posted to Timor-Leste after INTERFET, I’m proud to be back in Dili today to represent the federal Opposition, at the government’s invitation.

It's easy to forget that INTERFET was critical not only in shaping Timor-Leste’s recent history, but also our own post–Cold War military, diplomatic, and national trajectory. Which is why we should take the time to reflect and draw lessons from Australia’s management of this serious military contingency on our doorstep 20 years ago.

Four lessons stand out to me.

The first is that Darwin was vitally important to mission success.

This was evident in the INTERFET build-up centring on Darwin at the time, when two Army brigades and RAAF units were brought to heightened operational readiness. Only 10 hours by sea to Dili – compared to up to 10 days from Perth – Darwin harbour was teeming with RAN transport ships and frigates. Critically, RAAF Base Darwin supported 1092 sorties to lift 26,660 passengers and deliver 20 million pounds (9m kg) of freight to and from Timor.

The entire logistical burden of projecting across the Timor Sea also largely fell on Darwin. Logisticians scrambled to source fruit, vegetables, bread, and engineering equipment at first locally, then transported from across the whole country to Darwin to ship on to Dili. The crisis placed immense pressure on Darwin’s port, which saw a 300% increase in activities, requiring urgent upgrades. The city also became the hub of international efforts overnight, hosting rear headquarters for the UN, foreign militaries, media outlets, and NGOs.

The reality of our strategic geography is fairly simple: Darwin is central to our ability to project across and defend our approaches.

Without forgetting the incredible display of empathy which Darwin showed evacuated Timorese civilians and UN officials. Locals in Darwin opened schools for Timorese children. Everyday Territorians mobilised to cook meals and treat their physical and mental scars. When the late UN Secretary-General Kofi Annan later visited Darwin to thank Australians for enabling the UN to succeed, he paid special tribute to the “gusto and goodwill shown by the people of Darwin”.

Secondly, Northern Australia and Darwin in particular are fated to play such a role in future.

That is, if we’re serious about the 2016 Defence White Paper’s commitment of having the capacity to deter, deny, and defeat any attempt to attack, threaten, or coerce Australia.

Because the reality of our strategic geography is fairly simple: Darwin is central to our ability to project across and defend our approaches. We learned this the hard way during the Pacific War, when the fall of Ambon to a hostile power enabled the repeated raids on Darwin, intended to deny us from threatening the Japanese invasion of Timor and the wider region.

Thirdly, INTERFET is a rich source of lessons on how to defend Australia.

It’s tempting to reject this point on the blinkered grounds that our defence platforms today across all three services are much bigger and better suited to the task, or because we now spend just over 1.9% of GDP on defence. But that would be sheer hubris.

In fact, the same national – civilian and military – logistical supply chains which enabled INTERFET were required to defend Australia during the Second World War, and to support humanitarian relief efforts in Southeast Asia in recent decades. That’s why INTERFET’s stretching the limits of the ADF’s capabilities at the time is important to bear in mind.

In this light, we should recall that mission success in 1999 was achieved at a time of our relative dominance of vital battlespace domains, especially in the air and on the seas.

Despite some reportedly tense undersea incidents, we did not have to worry then about the area denial risks posed by the proliferation of submarines across our region.

Or about the threat from low-cost and long-range land-based anti-ship ballistic missiles. Or about technology designed to “lift the veil” of the sea to easily track our submarines. Or about potential swarms of smart mines and unmanned underwater vehicles making the crossing of the Timor Sea with 20,000 lives aboard the “Dili Express” a huge risk.

This has important implications for the defence of Australia and Darwin’s supporting role. In particular, it reminds us that Darwin has a central role in any concept of a “Forward Operating Base North”, as set out in John Coyne’s recent report published by the Australian Strategic Policy Institute. This is a concept which the next Defence White Paper should seriously consider.

A fourth lesson is the importance of sustaining a bipartisan approach to ringfence Australia’s core strategic interests from political bickering.

At a symposium this week on the lessons of INTERFET, former prime minister John Howard acknowledged the role of parts of the Australian Labor Party and the Catholic Church’s activism in forging a new bipartisan consensus on our policy in 1999. The value of maintaining bipartisanship on strategic policy is only growing as the risks increase.

Whether for propaganda or political clout, the group has adopted an unexpected response to the outbreak.
Akimoto Daisuke 17 Jul 2020 06:00

Even if merely talk, speculation about the US resuming nuclear weapons tests could needlessly spark bigger problems.
Aarti Betigeri 20 May 2020 12:00