With Singapore a venue for the International Tribunal for the Law of the Sea, will more Asian countries use it? 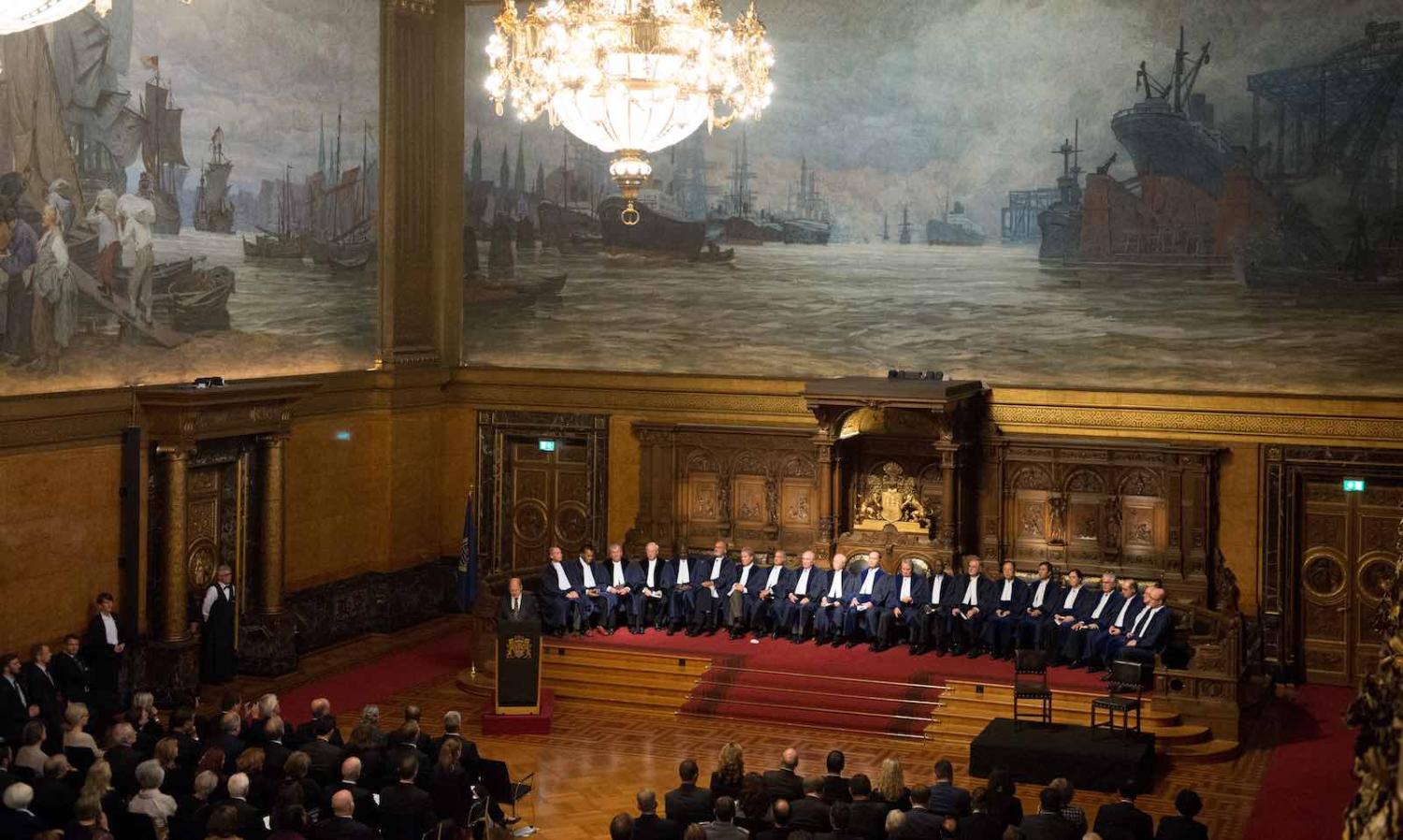 Ceremony for the 20th anniversary of the International Tribunal for the Law of the Sea in Hamburg, Germany, 7 October 2016 (Daniel Reinhardt/picture alliance via Getty Images)
Published 30 Jun 2020

So the announcement earlier this month that Singapore would become a venue for hearing cases before ITLOS marked a milestone.

ITLOS is an international body for the settlement of disputes relating to the law of the sea, established by the United Nations Convention on the Law of the Sea 1982 (UNCLOS). The tribunal’s jurisdiction comprises “all disputes and all applications submitted to it in accordance with the Convention”, including contentious cases such as maritime boundary delimitation and also treaty interpretation and advisory opinion on legal questions related to the purposes of the Convention.

Although the Tribunal has a permanent headquarters in Hamburg, the ITLOS statute allows it to exercise its functions elsewhere whenever this is desirable. The agreement with Singapore is the first concluded allowing a public international judicial organ to be heard outside Western and European countries.

Asian states may be reluctant to settle their disputes through international law mechanisms that are perceived to symbolise Western interests.

Professor Simon Chesterman has written extensively of Asia’s under-representation in much public international law discourse. For instance, Asia has the lowest rate of acceptance of compulsory jurisdiction in international dispute resolution in the ICJ, and the lowest membership of the ICC.

In the ICJ, only 8% of Asian states have accepted compulsory jurisdiction, in contrast to 30% of European states, 39% of Latin American states, and 41% of African states. In other international institutions and conventions, including the ICC and the World Trade Organization, Asian states have also been left behind in terms of the number of participants.

The trends are similar in ITLOS. Since UNCLOS entered into force in 1994, the Tribunal has adjudicated more than 25 cases, both contentious and advisory, ranging from maritime boundary delimitation and land reclamation cases to opinion relating to responsibilities and obligations of states.

However, only a few Asian countries have brought disputes before ITLOS, namely Bangladesh, India, Japan, Malaysia, Myanmar and Singapore – a total of six Asian countries out of more than 40.

There could be many reasons Asia is under-represented in international dispute settlement mechanisms.

There are also practical reasons for the relative lack of Asian representation. The most basic is geography – it costs a great deal to fly all the necessary agents and delegations from Asia to Hamburg or The Hague. With cases now to be heard in Singapore, these costs will reduce significantly. Moreover, by holding proceedings in Singapore, the impression of international law as entirely Western or Euro-centric no longer stands up.

For all these reasons, it seems likely that in the next few years more Asian countries will refer more maritime disputes to ITLOS.

Previous Article
China’s pipeline dream in Pakistan
Next Article
Chequebook diplomacy in the Pacific: Not just the big fish

From an Australian perspective the measures that flow from the US President's 25 January executive order are neither novel nor remarkable.
Emma Palmer 13 Nov 2019 12:00