Is China speeding up military modernisation? It may, but not yet

A new communique was quickly read as a signal Beijing was shifting forward its 2035 target but the evidence isn’t there. 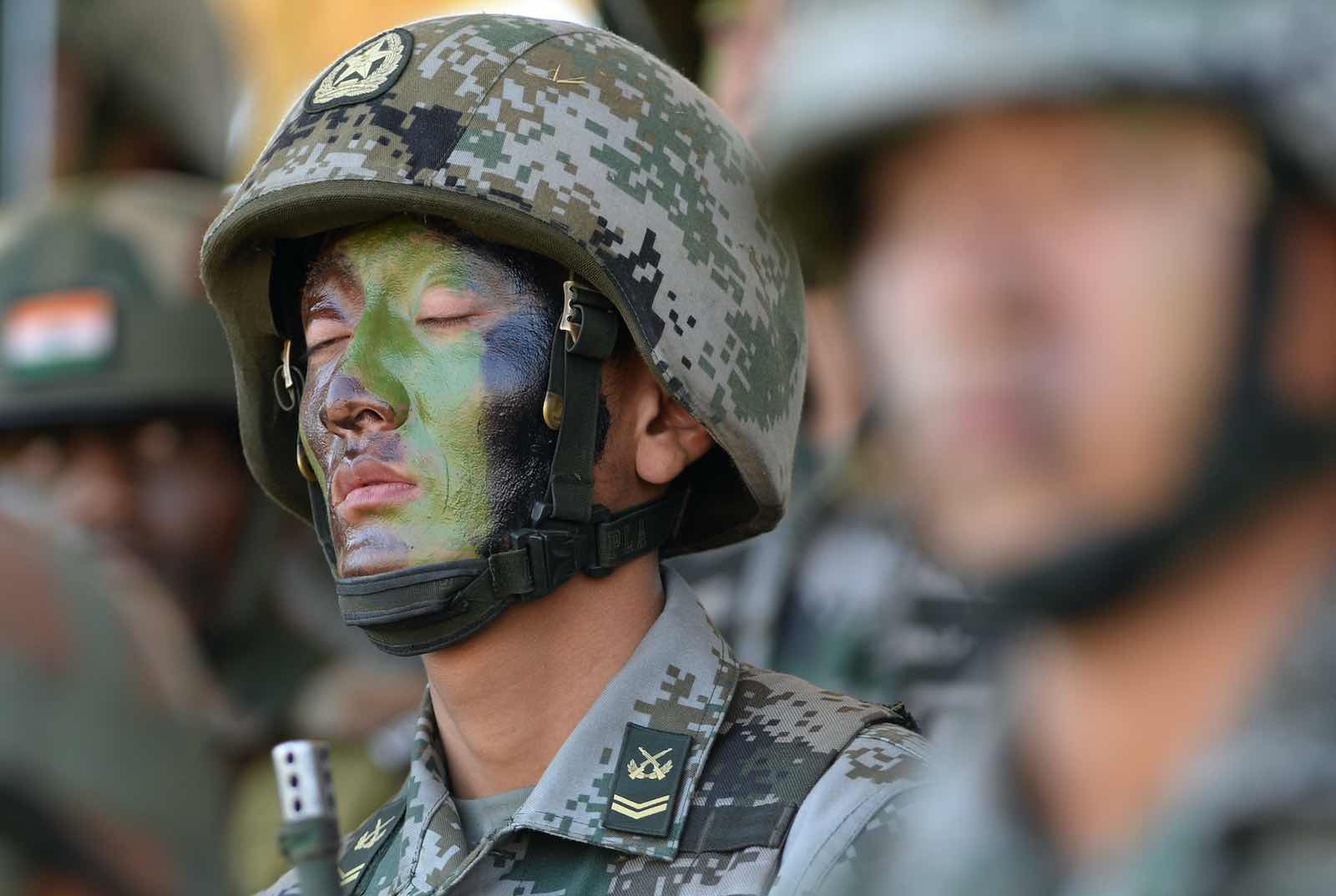 The PLA has come a long way from its humble origins as a foot-soldier heavy military, but recruiting and retaining talented personnel, and educating them in modern warfare doctrine remain among its challenges (Indranil Mukherjee/AFP via Getty Images)
Published 4 Nov 2020 14:30   0 Comments       Follow @MeiaNouwens

On 29 October, at the Fifth Plenum of the 19th Central Committee of the Communist Party of China, the year 2027 was mentioned for the first time in the same breath as army building and modernisation. Some foreign media interpreted this as Beijing’s announcement that the goal for the People’s Liberation Army to achieve full military modernisation had been brought forward by eight years, from 2035 to 2027. But this is a misinterpretation of the language. While China’s leadership may yet decide to bring its military modernisation goals forward, the announcement made at the Fifth Plenum was not a sign of that.

So what is known from Chinese leadership’s reflection in the Fifth Plenum Communique about the PLA?

Mandarin language sources state that the Plenary Session proposed to “accelerate (加快) the modernisation of national defence and the army”. But this line doesn’t mention any definitive change in goal post ahead of 2035. Calls to speed up modernisation efforts aren’t new either.

The mention of the 2027 deadline refers to achievements that should coincide with the PLA’s centenary anniversary. These include carrying out Xi Jinping’s thought on strengthening the army, implementing the military strategy of the new era and adhering to the party’s absolute leadership over the people’s army. It also includes an insistence on building the army through politics, reform, science and technology, talent and rule by law, as well as accelerating the development of mechanisation and informationisation of intelligence integration, comprehensively strengthening military training and preparation for war, improving the strategic ability to defend national sovereignty, security and development interests, and ensuring that the goal of “army-building” can be achieved by the PLA’s centenary.

As MIT’s Taylor Fravel explains, army building (建设军队) and successive modernisation efforts have been ongoing PLA goals since the founding of the People’s Republic of China. He continues:

As a centennial, 2027 is an important milestone for the PLA. But so far it does not appear to constitute a new benchmark, much less reflect a plan to be fully modern by then.

Indeed, the Plenary Communique references the PLA’s military strategy for a new era. Just like in Xi’s statement at the 19th Party Congress in 2017, China’s latest defence white paper titled “China’s National Defence in the New Era” clearly states that the PLA must “comprehensively advance the modernisation of military theory, organisational structure, military personnel, and weaponry and equipment in step with modernisation of the country and basically complete the modernisation of national defence and the military by 2035”. Both official statements also mention the PLA’s ultimate goal of fully transforming the military into a world-class force by mid-21st Century. There is thus little in official documentation that would suggest the 2035 goal has been shifted forward.

It is understandable that a quick assumption was made about the Fifth Plenum’s Communique, that China might be bringing forward its military modernisation goal. English language Global Times ran a story that stated the PLA’s goal for military modernisation is by 2027, and South China Morning Post ran a similar story.

Geopolitical tensions might also support an assumption that the Chinese leadership feel under increasing pressure from the US in the Indo-Pacific theatre, and therefore perhaps felt required to outmatch the US military sooner rather than anticipated. The ongoing US-China rivalry has not abated, and tensions across the Taiwan Strait have intensified with the latest round of US arms sales to Taiwan announced on 27 October. The ninth weapons sale to Taiwan, still to be approved by Congress, comes at a time of heightened assertiveness by the PLA across the Strait. PLA fighter and special mission aircraft have crossed the Median Line in the Taiwan Strait and flown into Taiwan airspace on a near daily basis in the second half of 2020. In October, Taiwan’s Ministry of National Defense told the parliament that Taiwan’s military was forced to respond to Chinese air incursions more than twice as often in the first nine months of 2020 than in all of 2019.

Coupled with global criticism of China’s initial handling of the Covid-19 pandemic and a border scuffle with India along the disputed border with China, it wouldn’t be difficult to imagine that Beijing’s threat perceptions are heightened.

However, any assumptions about the PLA’s development should be rooted in facts and realism. Official statements already largely disqualify the notion that the publicly-stated goal for the PLA has been moved forward. It could be possible that the PLA has been told behind closed doors that it’s goal post for modernisation has been shifted ­– or may be told so in the future. But this will be difficult to know from open-source research.

Nevertheless, observers of the PLA’s modernisation efforts to date since 2015 will say two things. First, that the PLA has come a long way from its humble origins as a foot-soldier heavy and rudimentarily equipped military in the 1940s. But secondly, that the challenges the PLA faces to achieving full modernisation by 2035, while not insurmountable, are certainly not negligible.

Building a fully modern military will mean more than just building and deploying the “heavy metal” – ships, aircraft, modern artillery, and missiles. It has just as much to do with “heartware”, which in some ways can be much more complicated: recruiting and retaining talented personnel, educating them in new doctrine and modern warfare, and training troops in realistic conditions to achieve combat-readiness.

The PLA is aware of its weaknesses in these areas. Just last month the Central Military Commission issued new military education guidelines, titled “Decision on accelerating the construction of a new trinity military talent training system”. These changes are seeking to address the shortcomings of the PLA as it currently stands, but this will take time. While one shouldn’t underestimate the political will in Beijing to realise the “unity of a rich country and strong army”, there is nothing that suggests the PLA’s self-assessment is more optimistic than a week ago before the Fifth Plenum Communique was released.

Show Comments
Previous Article
Book review: The China bubble that never pops
Next Article
A backlash against the Women, Peace and Security agenda?