Joint access to Andaman and Nicobar islands and Cocos island offers a chance to extend patrols and strategic ties. 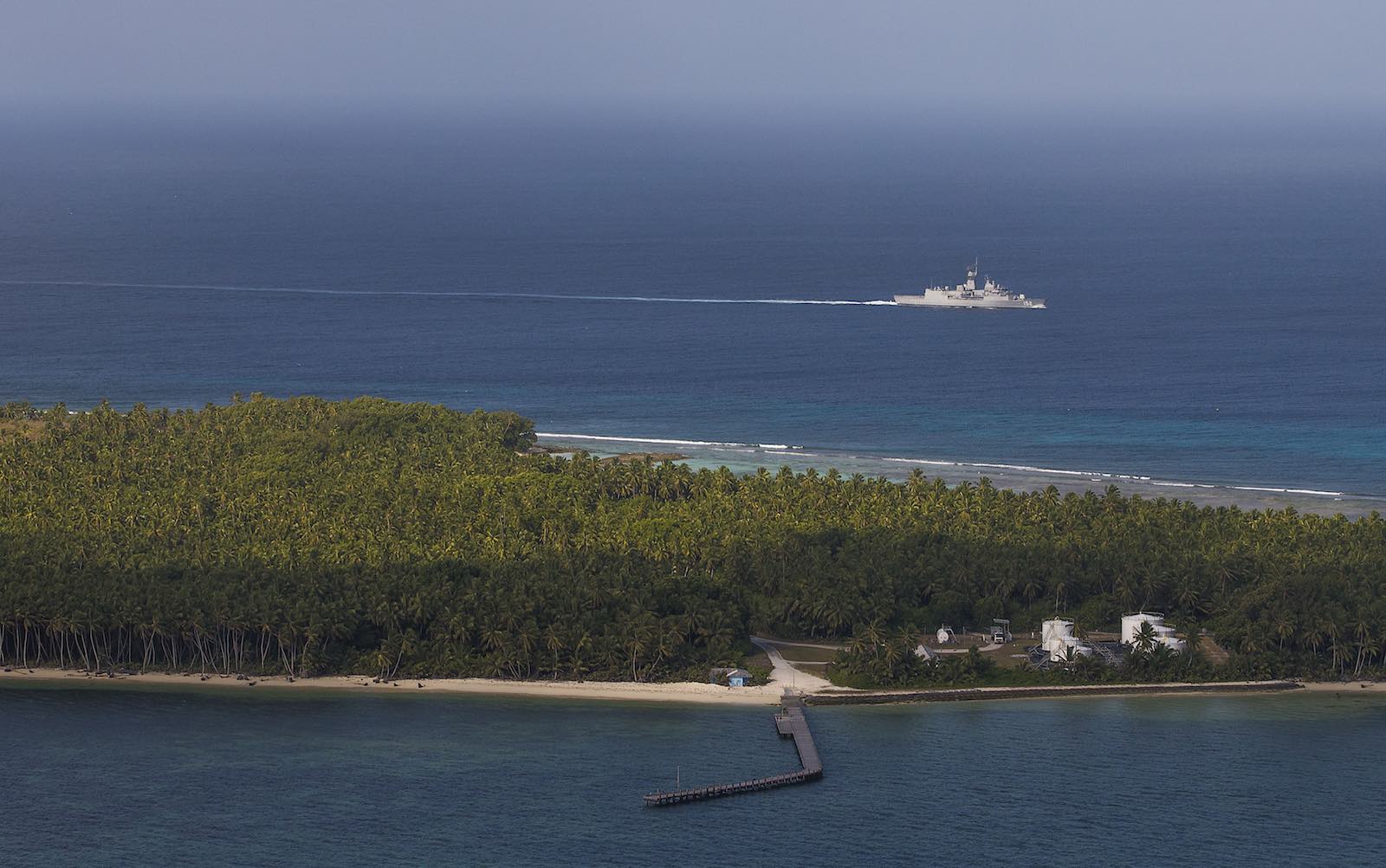 As India and Australia prepare for a virtual summit next month between prime ministers amid the coronavirus pandemic, a possible strategic initiative could involve the cooperative use of their respective island territories in the Indian Ocean for strategic purposes. India’s Andaman and Nicobar islands and Australia’s Cocos (Keeling) islands are well-positioned to offer significant advantages for both countries.

The strategic relationship between the two countries is currently underdeveloped, despite strong converging interests. One challenge in the relationship comes from differences in priority theatres, with India’s in Indian Ocean and Canberra’s in the Pacific. If New Delhi defines the Pacific as its secondary area of interest then for Canberra the Indian Ocean is its second sea. Capacity limitations on both sides mean there is a challenge in deploying resources in secondary areas of interests.

Access to the Andaman and Nicobar islands would bring Australia to the heart of the Indian Ocean.

A collaborative approach to utilising their island territories in the Indian Ocean could provide an opportunity to address these challenges. These islands are located near strategic chokepoints and trading routes, with the Andaman and Nicobar islands near the straits of Malacca, while the Cocos islands lie in close proximity to the Indonesian straits of Sunda, Lombok, and Ombai-Wetar. Together, these straits are the entry and exit points between the Indian and the Pacific Oceans. In the current geopolitical competition in the Indo-Pacific, these islands can provide advantages for strategic, practical, and signalling purposes.

A key advantage of these islands is surveillance and what are known as Maritime Domain Awareness (MDA) missions. While the Malacca straits provides the busiest trading route connecting economies across Western Pacific and the Indian Ocean, the other straits through the Indonesian archipelago offers alternate routes for surface and sub-surface vessels.

The Indian Navy has recently confirmed the growing presence of Chinese ships and submarines in the Indian Ocean, with China reportedly deploying underwater drones in the Indian Ocean for oceanographic survey. These missions also gather critical data (temperature, depth, and salinity of water) necessary for submarine deployment and operations with Beijing carrying out similar surveys in the Pacific Ocean. The Andaman and Nicobar islands and Cocos islands would allow for both expanded and longer MDA missions across these straits. It is of course understood New Delhi and Canberra would have necessary conversations with Jakarta before undertaking any missions over the Indonesian straits.

For India, access will allow for easier monitoring of an expanded area around the Malacca and Indonesian straits, from Andaman and Nicobar islands in the north to Cocos in the south. Tracking submarines in open seas is an extremely difficult task and requires significant resources and capital. Chokepoints provide windows for tracking submarines, making the islands critical assets. These islands provide an opportunity for coordinated and joint anti-submarine warfare missions for both the Indian and the Pacific Oceans.

There is also a significant signalling advantage to a collaborative approach in using these islands. India-Australia collaboration around a group of strategic islands which have traditionally been closed to each other sends a strong political message across the Indo-Pacific, sending a message of deepening strategic trust between two key players of the Indo-Pacific. Moreover, it is likely Australia will join the MALABAR naval exercises (India-Japan-US) in the near future keeping in line with the frequent and growing diplomatic conversations between India, Australia, Japan and the US, or the Quad.

India and Australia can perhaps begin by using the AUSINDEX as a platform to fly their respective P-8s between the Andaman and Nicobar islands and Cocos islands for a coordinated patrols. This will allow both sides to test logistical and administrative challenges laying the foundation for more complex and sustained missions in the future. This would require political agreement at the highest level.

The India-France relationship provides an example for such collaborations in the Indian Ocean. Earlier this year, Delhi deployed a P-8I maritime patrol aircraft to conduct joint patrols with France from La Reunion, a French overseas department in the Indian Ocean. La Reunion’s location provides access and reach over the western and southwest Indian Ocean, including the Mozambique Channel.

The upcoming summit between Narendra Modi and Scott Morrison will likely include the execution of a long-awaited mutual access and logistics facilities agreement similar to India’s existing arrangements with the US and France. This will signal political will and smooth out administrative and logistical challenges, should New Delhi and Canberra choose to expand its strategic collaborations to island territories.