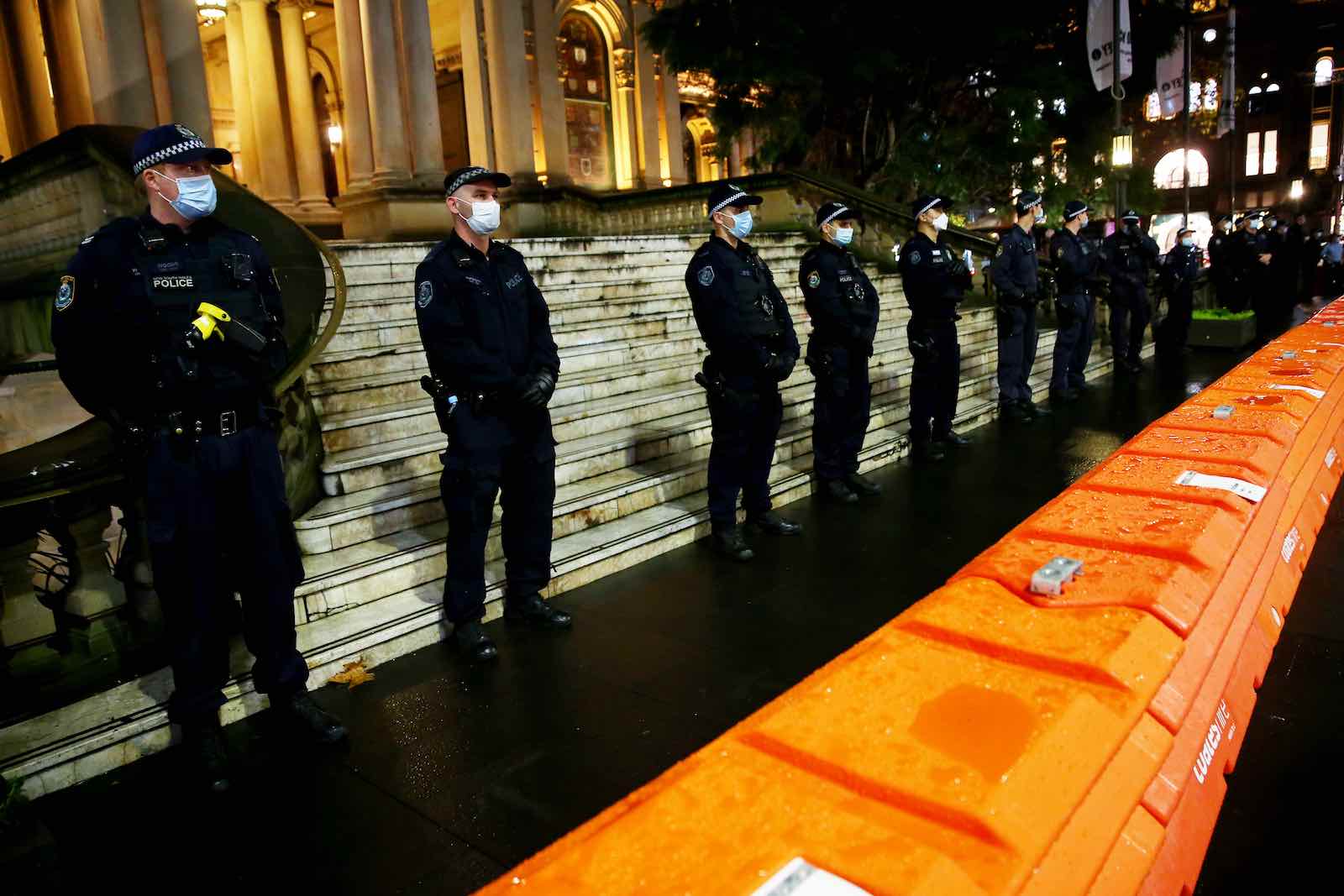 Footage showing a NSW police officer making the "OK" hand symbol, which has been co-opted by the alt-right, during a response to Friday night's Black Lives Matter protest has been circulated on social media. https://t.co/Wj00RfETkp

As with the case of ISIS’ co-option of the Tawhid one-fingered salute, context is everything when it comes to symbology. The “OK” hand gesture has been used innocently in various contexts for years: in scuba diving to signal to a dive buddy that all is fine; in Auslan for various meanings; and, from personal experience, as part of military “bar games”. Whether or not the NSW Police officer was using the symbol in a purely apolitical way is for internal investigation to decide.

But the episode does highlight important questions that NSW Police, and indeed all of Australia’s security services, should be asking. Firstly, is there a problem of white supremacy within their ranks? And secondly, given the context of the night, should officers be more aware of white supremacist ideology and symbology?The US has a demonstrable problem with infiltration of far-right actors into its security services. According to recent research conducted by The Soufan Center, two of the most prominent white supremacist groups, the Atomwaffen Division and the Rise Above Movement, have US military veterans of the Iraq and Afghanistan conflicts within their ranks.

In recent testimony to the US Congress, Mark Pitcavage of the Anti-Defamation League (ADL) outlined some of the ways in which far-right groups can disrupt the cohesion and command structure of security services. He determined the problem to be twofold: actors joining the institutions with the intent to disrupt, or serving personnel becoming sympathetic to or joining far-right groups. While the number of far-right extremists in the ranks of these institutions is small, these actors create “harm far disproportionate to their number”. Pitcavage said following recent monitoring, the ADL:

But does Australia have the same problem with white supremacy in its security services and democratic institutions? It is not known. Despite ASIO Director General Mike Burgess’ warning that the risk from far-right groups is real and growing, very few academic studies have been conducted into the structure, ideology and strategy of white supremacist groups here.

An investigation conducted by Nino Bucci of the ABC showed that at least five Australian citizens, including former members of the Australian Defence Force (ADF), with links to US-based transnational far-right group Atomwaffen Division, travelled to Ukraine to participate in combat operations there. Within Australian politics, there has been an attempt by far-right group the Lad’s Society to infiltrate the Young Nationals to influence their agenda. Additionally, Fraser Anning, the former One Nation Senator, has links to known far-right extremist Blair Cottrell and attended his United Patriots Front rally in Melbourne.

Despite ASIO Director General Mike Burgess’ warning that the risk from far-right groups is real and growing, very few academic studies have been conducted into the structure, ideology and strategy of white supremacist groups here.

It is also important to note what is happening in New Zealand, as many of the far-right, white supremacist groups are trans-Tasman. The NZ Army recently charged one serving soldier with breaches of National Security laws; a second soldier is under consideration. Both soldiers have known links to far-right, anti-Islam groups, such as the domestic group Action Zealandia and the transnational white supremacist group Blood and Honour. Both soldiers have links to Australian far-right bloggers the Dingoes.

One academic study conducted by Charles Miller of the Australian National University into attitudes towards Islam within the ADF found that anti-Islam bias within the service was high, even among those who had received cultural sensitivity training. Miller’s work was not looking for examples of extremism per se, and therefore cannot be used to state definitively that there is evidence of white supremacy within the ADF, but if it is found to be the case, as Mark Pitcavage outlined above, that anti-Islam, white supremacist actors are targeting security service personnel, then there is potentially fertile ground to recruit from.

As such, Australia’s security services would benefit from greater awareness of the structure, ideology and tactics of the far-right extremist groups operating within Australia and their transnational links, in order to protect the services’ impartiality and to ensure that their actions are not taken out of context in future.