The French president’s engagement with the country’s overseas territories leaves a legacy of promise and betrayal. 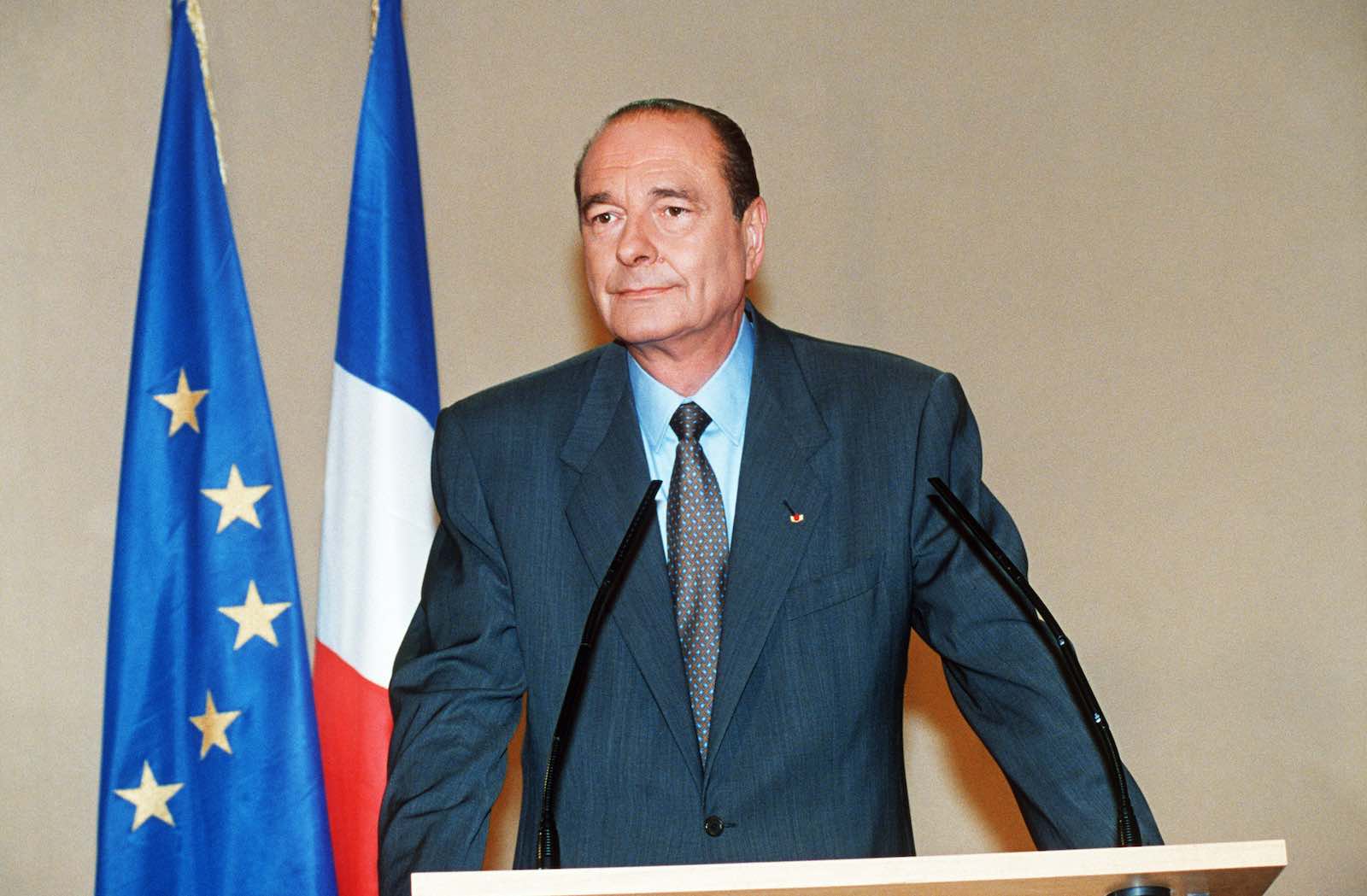 Former President Jacques Chirac, a giant of French politics and the man who said “non” to George W Bush and the war in Iraq in 2003, died yesterday at age 86.

The news brought a shower of tributes from around the world. In France, a national day of mourning in honour of the former head of state (1995–2007) will be held Monday.

As a French national and a Pacific analyst, I am reminded of the relationship President Chirac had with the “Outremer” (overseas territories) and, more specifically, the Pacific.

It's a complicated story. It combines the promise of equal opportunity, conflict, and a betrayal – that of the resumption of nuclear tests in Polynesia.

Chirac’s Pacific story starts roughly. While Prime Minister and in the middle of the presidential campaign, Les Évènements – “the events” – began in New Caledonia. In April 1988, a group of pro-independence Kanaks occupied the gendarmérie of Ouvéa, an island of the territory, and a three-hour flight from Australia. Gunshots rang out, and four gendarmes fell. The group of separatists fled with gendarmes as hostages. The ensuing manhunt was watched closely by the French Prime Minister from Paris. Then, on 5 May 1988, Chirac ordered French special forces to storm a cave on Ouvéa in which Kanak separatists had holed up with their hostages. In the siege that ensued, 19 Kanak kidnappers and two soldiers were killed.

Chirac’s approach was subsequently described as “brutal” by his President, François Mitterrand (in the French Constitution, the President oversees foreign policy and defence, while the Prime Minister serves as head of government and is in charge of domestic policy and day-to-day governing). The aggressive management of the crisis in New Caledonia by Chirac played a key role in the outcome of the next presidential election, which he lost to Mitterrand.

A few years later, during his third presidential campaign, Chirac stressed the need to bridge the social divide that affected France and its overseas territories. At the end of 1994, when he was at the bottom in the polls, he went to the island of Réunion to promote his social ideas. There, he pledged to work for social equality between France (La Metropole) and its overseas departments (Guadeloupe, Martinique, French Guyana, Réunion, Mayotte).

It was during this trip that Chirac declared his love for France's overseas territories in a way that is jarring to modern Australian ears but typical of him and well-received in the territories themselves:

L’outre-mer français, c’est comme une femme, il faut l’aimer. Et, quand on l’aime, on ne peut rien lui refuser. (“The French overseas is like a woman, you have to love her. And, when you love her, you cannot refuse her anything.”)

Once elected, President Chirac honoured his campaign commitment, placing the minimum wage and social and family benefits paid in overseas departments on par with La Metropole.

It was also during this period, after finally becoming president, that Chirac decided to resume nuclear testing in French Polynesia, after a moratorium declared by François Mitterrand three years earlier. Between September 1995 and January 1996, France conducted six underground nuclear tests.

The tests shocked the world. Protests were held in Australia, New Zealand, and elsewhere in the Pacific. In French Polynesia, the local population erupted into riots, and the Papeete airport was set on fire. The late rugby icon Jonah Lomu proposed placing explosives in Chirac’s garden.

On 29 January 1996, Chirac appeared on television to announce the cessation of French nuclear tests, two days after the last test took place on Fangataufa, French Polynesia.

With the end of the trials, the territory lost a major source of revenue in the French military presence. To address the resulting “nuclear debt”, the state established a “Pact for Progress” to compensate not just for financial losses, but also the lasting environmental and health impacts of the tests. The settlement of the issue remains in dispute to this day.

Beyond these seismic events, Chirac’s presidency is marked by cordial and friendly gestures for the overseas territories.

He commissioned, for instance, the Quai Branly in 2006, an art museum that has hosted numerous exhibitions from the overseas territories, and in 2013 saw the largest exhibition of Kanak art ever organized in  Paris.

In May 2007, Chirac delivered his last radio and television address as President of the Republic. He began, fittingly, with these words: “My dear compatriots of the metropole, and those of the overseas…” (“Mes chers compatriotes de métropole, de l’outre-mer de l’étranger…”).

Jacques Chirac’s presidency will be remembered beyond the Pacific for overseeing the end of the military conscription, the recognition of the responsibility of the French State in Nazi crimes, the change from a seven-year to a five-year term of office for the presidency, and his cry of alarm at the Earth Summit of 2002, with the world facing environmental degradation: “Our house is burning down, and we're blind to it.”

It’s a statement that surely echoes again today in the Pacific.