Jakarta is flooding and its governor is sinking

Despite promising new policies, the city’s new leader faces the same problems as the last, and few options. 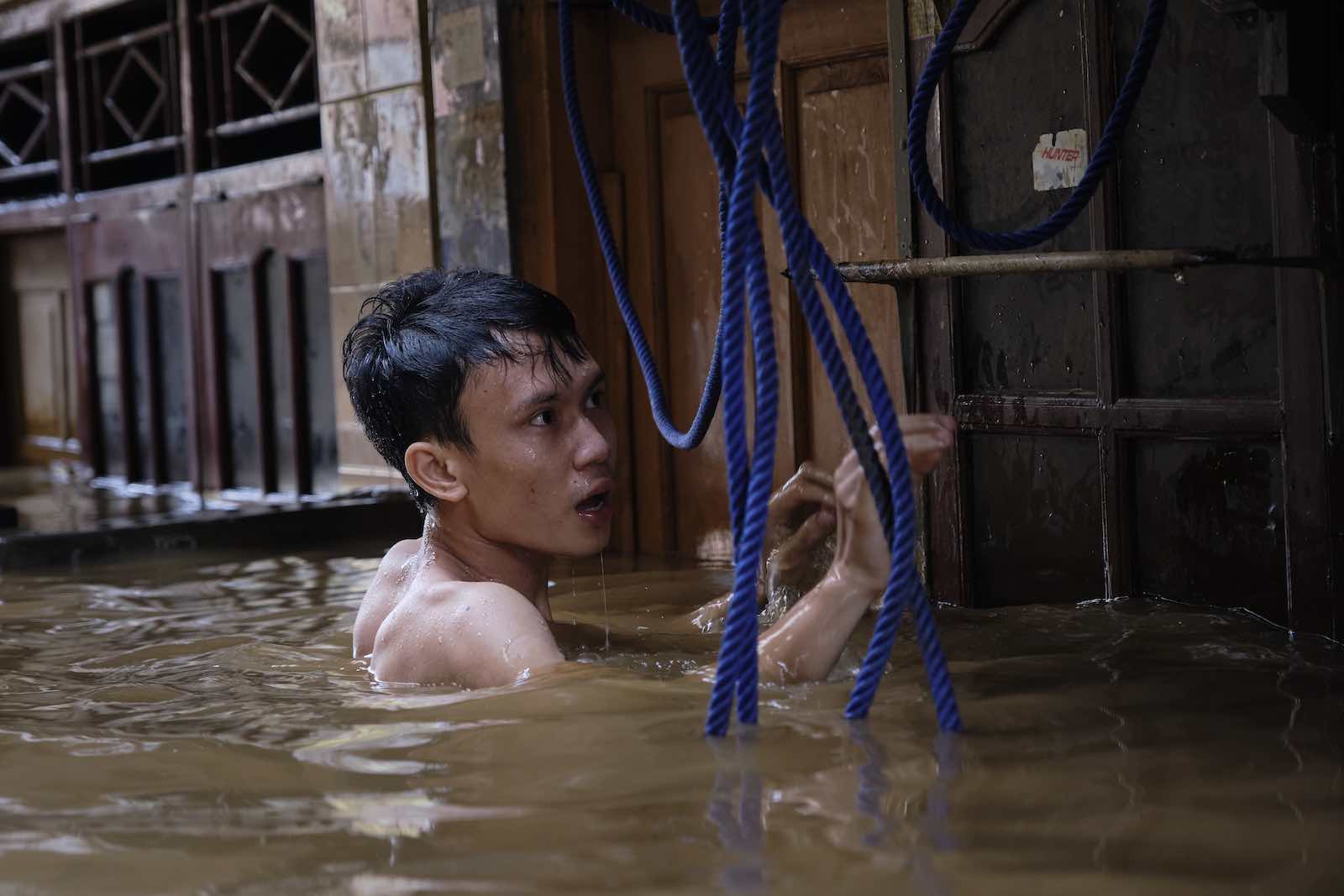 Jakarta welcomed the new year with a new record — the heaviest rains in decades. The deluge left parts of the Indonesian capital under 5 metres of water, which triggered landslides and cut off whole neighbourhoods. Before the water finally receded this week, at least 60 people were dead and hundreds of thousands forced from their homes.

Jakarta is sinking quickly. Experts say that by 2050, North Jakarta will be nearly entirely undersea. Paired with unusually heavy rain, such as that over the New Year’s holiday, overflow of the city’s littered Ciliwung River and canals inundates homes and roadways, bringing Southeast Asia’s biggest city to a wet halt.

Experts have nearly unanimously recommended that intense flood mitigation programs be rolled out immediately, as disastrous flooding becomes the “new normal” for the city.

All of this is a political problem for Governor Anies Baswedan. After rising to power in 2017 from one of the most divisive elections seen in the region in years, Anies’ honeymoon period was short-lived, if it existed at all. Supporters of ousted predecessor Basuki “Ahok” Tjahaja Purnama have been unwilling to give Anies the benefit of the doubt and chalk up most policy and program wins, accurately or not, to the previous administration.

As the reality of governing sets in, Anies is also losing love among previous supporters. Despite a campaign built around ending the highly unpopular Ahok-era policy of forced evictions of Jakarta’s makeshift community settlements, reports of evictions have begun. In November, dozens of residents in a canal-side community in Tanjung Priok, North Jakarta, were abandoned after the city tore down housing structures.

The city’s response – that roads and waterways must be cleared and that residents had been offered subsidised low-cost housing – is strikingly similar to the previous administration’s policy. And for evicted residents, it’s a slap in the face to their support. “We were Anies’ voters – why are we being evicted? He said there would be no eviction under his administration,” one resident told reporters.

His worries will soon escalate, with Public Works and Housing Minister Basuki Hadimuljono wading into the flooding issue. Experts have nearly unanimously recommended that intense flood mitigation programs be rolled out immediately, as disastrous flooding becomes the “new normal” for the city. How that will look will depend on whether the Minister or the Governor are triumphant. Either way, Anies will face a heavy political hit, with further evictions along the Ciliwung River likely needed.

Anies is advocating a naturalisation project which would see land around the river, which snakes through the west of the capital into West Java, morphed into green spaces, and concrete flood barriers replaced with natural rocks. This certainly sounds pleasant, but it won’t happen quickly enough to provide flood relief, nor will it be easy to maintain.

The naturalisation plan is the inevitable progression of the “aesthetics first” infrastructure development seen under the Anies administration. Largely, it has worked well — the infamously inhospitable Jalan Sudirman is now both safe and pleasant to walk, for instance — but the removal of coverings on pedestrian overpasses, an effort to provide better scenery, has received mixed reviews.

Instagram-crazed Jakartans have taken to the new settings with gusto, but regular pedestrians are less impressed. Speaking to the Jakarta Post, Alfred Sitorus, head of community group the Pedestrian Coalition, said accessibility had been ditched for looks. “The city should first make sure that people with disabilities, children, and the elderly will be able to enjoy them too. Otherwise, it will be a case of wasting money on unnecessary things,” he told the newspaper.

Mass flooding and infrastructure shortcomings in the megacity will persist even if the plan to construct a new capital in Kalimantan comes to fruition. President Jokowi, whose tenure as Jakarta Governor oversaw the 2013 flooding event which left 47 Jakarta residents dead, is counting on the project to define his legacy.

While the plan has garnered global headlines as the first “climate change–related capital move,” a feasibility study was only commissioned after the announcement. Still, Jokowi should expect little resistance from the parliament when the plan is finally voted on this year.

Where this leaves the millions who call Jakarta home is hard to say. Infrastructure projects have historically been slow-moving and incomplete, but recent programs have shown Jakarta’s ability to move quickly and safely when need be. The monsoon season doesn’t finish until mid-March, and the city will likely experience smaller-scale flooding affecting traffic until then.