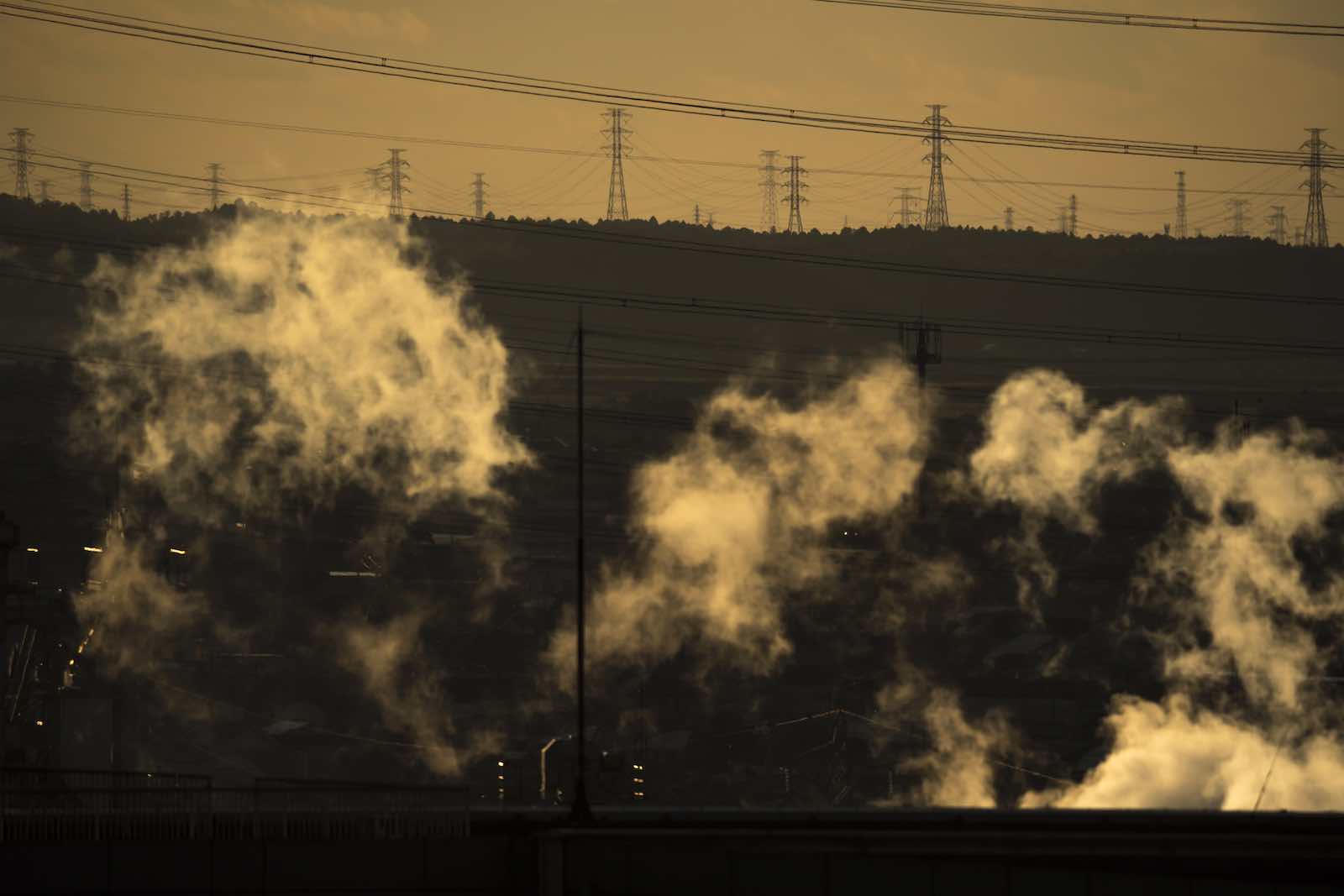 Japanese Prime Minister Abe Shinzo has repeatedly pledged that his country would lead global efforts to address climate change. Increasingly, however, Japan is facing scrutiny over the gap between its lofty rhetoric and the reality of its climate policies, which include ongoing support for coal-fired power, and inadequate emission reduction targets.

Koizumi Shinjiro, the environment minister, mounted only a half-hearted defence of Japan’s policy mix when he told the COP25 climate summit in Madrid last month that he was aware of global criticism and added:

A growing number of people in Japan, including myself, believe further climate actions must be taken.

The calls – from inside and outside government – for more ambitious policy moves come at a critical time. This year, Japan, like other Paris Agreement signatories, will be urged to review and ideally increase its emission pledges ahead of the November climate conference in Glasgow.

So how, exactly, is Japan falling short?

If Japan wants to lead global efforts, as Abe claims, it could consider adopting a more ambitious near-term target to help gain the credibility needed to encourage other major emitters to act.

For starters, analysts say its near-term target isn’t consistent with the scale of cuts required to prevent more damaging climate impacts. Japan is pledging to reduce emissions by 26% by 2030 compared with 2013 levels – a baseline year in which fossil fuel use had spiked, in part because the country’s nuclear reactors went offline after the 2011 Fukushima meltdowns. The website Climate Action Tracker, made up of a consortium of climate research institutes and consultants, rates the target as “highly insufficient”, noting that it is actually closer to 23% once credits for land use and forestry measures are excluded, while warning “if all countries were to follow Japan’s approach, warming could reach over 3°C and up to 4°C.”

The globe has already warmed by about 1 degree Celsius compared with pre-industrial levels. Under the Paris Agreement, Japan and other signatories committed to holding the global temperature rise this century to “well below” 2 degrees and “to pursue efforts” to limit it to just 1.5 degrees. While 1.5 degrees of warming will increase climate-related risks to health, livelihoods, food security, water supply, human security, and economic growth, these risks will grow even further with 2 degrees of warming, according to the Intergovernmental Panel on Climate Change. The IPCC notes that globally, carbon dioxide emissions must decline by about 45% from 2010 levels by 2030 to keep warming to 1.5 degrees. In other words, the coming decade is vital.

If Japan wants to lead global efforts, as Abe claims, it could consider adopting a more ambitious near-term target to help gain the credibility needed to encourage other major emitters to act. At the moment, however, Japan’s plans for its energy sector this decade continue to place a significant emphasis on fossil fuels while embracing a gradual shift to renewables.

Coal, LNG and oil are still projected to account for a combined 56% of Japan’s energy mix in 2030, confirming Japan’s ongoing status as a major export market for Australian coal and gas. Renewables, meanwhile, are pegged at about 22–24% in 2030 – a goal that Kono Taro, the defence minister, has previously criticised as lamentably low. Nuclear power is earmarked to supply 20–22% of the energy mix at the end of the decade, even though the reopening of reactors has been slowed by tighter regulatory checks and legal challenges post-Fukushima.

While several coal-fired power station projects have been cancelled over the last couple of years, units with capacity totalling 13 gigawatts are either planned or already under construction across the country, according to the Japan Coal Plant Tracker. Japan is also financing or providing other support for coal-fired power station projects abroad, via public entities such as the The Japan Bank for International Cooperation. Koizumi was reported by Japanese media to have pushed for tighter curbs on coal power plant exports in the lead-up to the climate conference last month but was blocked amid resistance from the industry ministry. He alluded to his disappointment when he informed COP25 delegates that he was afraid he was unable to share any new developments regarding coal policy.

In the longer term, Japan is pledging to achieve net zero emissions “as early as possible in the second half of this century”, a vague timeframe that leaves plenty of wiggle room for delayed transformation across what is the world’s third-largest economy. Again, the IPCC has indicated that the 1.5-degree warming limit could be out of reach unless global carbon dioxide emissions fall to net zero by around 2050. Japan’s strategy looks tentative compared with those of the United Kingdom, which passed a law last year requiring it to bring all greenhouse gas emissions to net zero by 2050, and the European Union, which also is aiming for mid-century.

Japan’s long-term strategy highlights the country’s potential strengths as it moves to decarbonise the economy and emphasises the need for “disruptive innovation”. With a significant automotive industry, for example, Japan can win from the rising use of electric vehicles, and Japan is also eyeing opportunities from hydrogen – a potential area of cooperation with Australia. But all of this needs to be underpinned by decisive political leadership to build momentum in international climate negotiations.

Abe says he wants to lead. This year, he has a chance to prove it.