Will the world be receptive to a US attempt to reassert global leadership after the crassness of Trump’s America First? 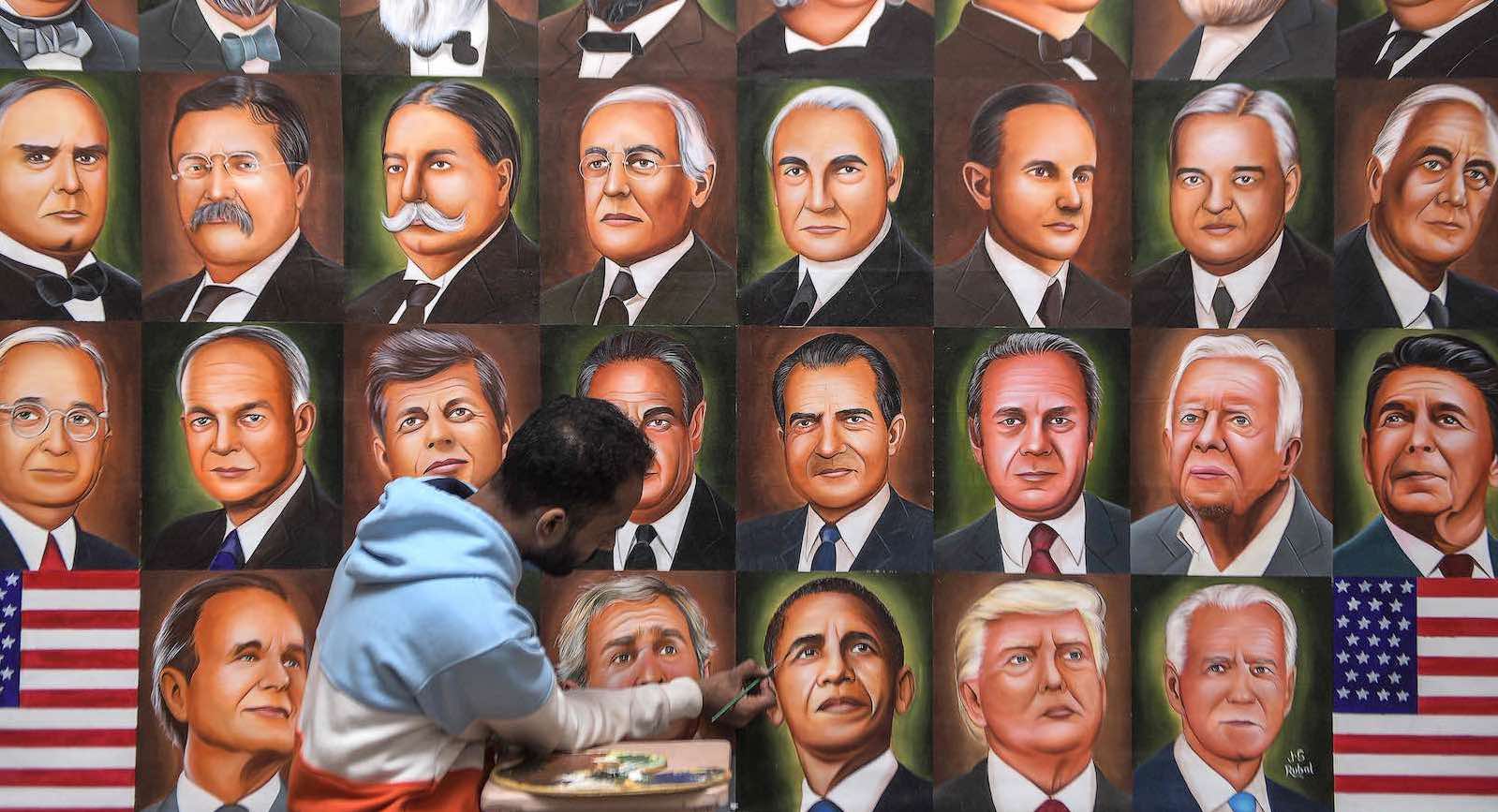 A painter puts the finishing touches on a mural of US presidents in Amritsar, India, 8 November 2020 (Narinder Nanu/AFP via Getty Images)
Published 9 Nov 2020 16:00   0 Comments       Follow @danielflitton

Scott Morrison wasted no time. He wants Joe Biden to visit Australia next year to mark 70 years since the ANZUS Treaty was signed.

That’d be 1 September 2021, were the trip to fall on the anniversary date. Let’s hope there’s no mandatory 14 days quarantine for international travellers by then, otherwise the PM might be disappointed.

But you’d have to imagine Morrison already had some sort of in-principle deal with Donald Trump to make the trip south for the occasion, and, by making the invitation public, Morrison hopes to lock in the Biden administration to what would be the first US presidential visit to Australia since Barack Obama in 2014.

Of course, Morrison will also be hoping Biden doesn’t take nearly so long as Trump did to appoint a new ambassador to Australia, given the tradition in US diplomacy for political appointments to resign with a change of president.

The coming weeks will be filled with speculation about Biden’s moves to unwind the Trump approach.

But such questions are only the beginning of what Australia will want to know about how a Biden White House will position America in the world. And what Australia wants to know is only a tiny part of a great global anticipation to see what changes a new president might bring.

Fiji, for instance, hopes Biden will attend the Pacific Island Forum in August 2021 to discuss the urgency of responding to climate change. Israel would like to see him in Jerusalem, no doubt to affirm US recognition of city as the country’s capital. Bangladesh is pushing for attention, too. While on a lighter note, in Ireland, County Louth has high hopes for “local Joe”, who traces ancestral roots to the region and was given the codename “Celtic” by the US Secret Service.

The coming weeks will be filled with speculation about Biden’s moves to unwind the Trump approach. Already there is a promise of executive action, especially on the pressing need for sustained and serious focus in tackling the Covid-19 pandemic at home. Yet in foreign policy, what will other nations make of a US effort to re-engage with the World Health Organisation?

Whether the world will be receptive to a US attempt to reassert global leadership after the crassness of Trump’s “America First” can only be judged as events unfold. Some big questions are on the line.

Plenty more topics and themes could and should be added to the list. But as Morrison also rightly observed today, “it’s very early days on many of these issues”. Biden is still months away from inauguration. And Trump is still president for now. A lame duck can still summon the powers to cause a flap or two, particularly in diplomacy. Bill Clinton signed the US to the International Criminal Court in his final days, while George Bush Sr deployed US troops to Somalia in late 1992. A surprise or three could still follow.

Show Comments
Previous Article
Can Trumpism live without Trump?
Next Article
A chance for the US to change its tune on justice