With both leaders re-elected and with shared goals, the challenge is to ensure Indonesia and India remain firm friends. 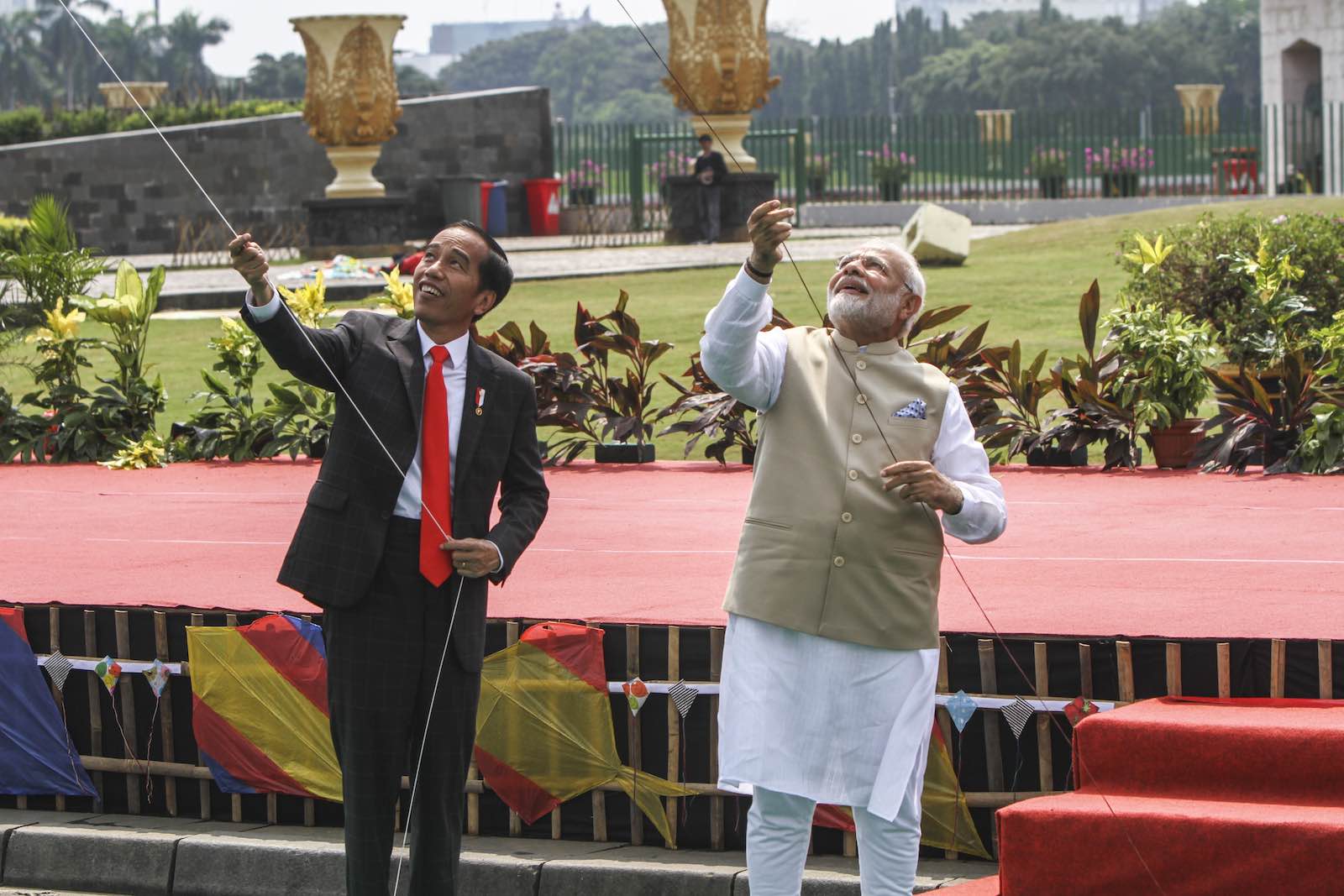 The re-election of India’s Narendra Modi and Indonesia’s Joko “Jokowi” Widodo saw India-Indonesia relations take another step forward after both leaders congratulated each other on social media. The results put both leaders in a strong position to advance a comprehensive strategic partnership they signed in 2018.

Indeed, in political backstory, both Modi and Jokowi already have much in common ­– rank outsiders with humble origins, who fought their way to the top of the leadership heap. Jokowi was a former furniture businessman and Modi was a tea seller before switching to politics.

In political backstory, both Modi and Jokowi already have much in common – rank outsiders with humble origins, who fought their way to the top of the leadership heap.

Jokowi and Modi seem to have conjured up a budding bromance. Their personal chemistry will be critical in taking India-Indonesia relations forward. And a visit to each other’s countries within the first year of their second terms in office could enable both leaders to hit the ground running.

Despite being the largest country in Southeast Asia, Indonesia seldom featured in India’s “Look East” policy after it was instituted in 1991. But Indonesia began to loom more prominently after the Modi government injected a fresh impetus to “Look (now Act) East” policy in 2014. India sees Indonesia as a gateway to Southeast Asia to redress the unfortunate reality that India has not engaged the region as much as China and the United States.

For its part, Indonesia sees India as a gateway to the Indian subcontinent. Engaging India is an important facet of Indonesia’s long-standing “free and active” (”bebas dan aktif”) foreign policy doctrine, to make as many friends as possible.

The economic potential in India-Indonesia relations is immense. Both India and Indonesia boast large consumer markets and trillion-dollar economies. The challenge for Jokowi and Modi is to redouble efforts to cut red tape and improve the ease of doing business in their respective countries if they wish to increase the existing bilateral trade from an estimated US$19 billion presently to reach their ambitious goal of US$50 billion by 2025. The same goes for increasing investment ties, where the value of India’s investments in Indonesia stands at a modest US$82.1 million, while even less significant is Indonesia’s limited investments within the different states in India. As such, the Jokowi and Modi governments should organise more trade missions to each other’s country to boost investments in both countries.

Then there is a bigger regional picture, taking in trade and maritime security, as well as developing cultural ties between the two countries.

Along with Singapore, Indonesia can play an instrumental role to persuade Indian policymakers in New Delhi to sign off on the Regional Comprehensive Economic Partnership (RCEP) – slated to be the world’s largest economic bloc with ASEAN in the driving seat – by the end of 2019. Bringing RCEP into fruition would illustrate that India’s “Act East” policy is not mere sloganeering; rather, it can produce tangible outcomes in India’s eastward engagement with Southeast Asia.

Sharing an oceanic boundary, both Jokowi and Modi agree on the importance of prioritising maritime affairs and protecting sea lines of communication. This was encapsulated in a bilateral document signed by the two leaders in 2018 called the “Shared Vision on Maritime Cooperation in the Indo-Pacific between India and Indonesia”. That Modi and Jokowi have both embraced the Indo-Pacific geopolitical construct suggests that the stars are in alignment for a constructive maritime partnership.

Jokowi has been determined to transform archipelagic Indonesia into a maritime fulcrum between the Indian and Pacific oceans, including keeping its territorial waters safe and secure. Curbing illegal fishing especially in the waters off Natuna islands is an uppermost priority for Indonesia. With a focus on maritime security and the blue economy, Modi sketched out independent India’s first-ever policy for the Indian Ocean known as the Security and Growth for All in the Region (SAGAR), which is in line with India’s “Act East” policy.

One essential feature of SAGAR is the idea of “port-led development” which seeks to strengthen domestic maritime infrastructure and bid aggressively for developing ports in other countries. Jokowi and Modi should lend greater urgency to develop the deep-sea strategically-located Sabang port in Indonesia’s easternmost province, Aceh. This joint development initiative could be the crowning achievement of India-Indonesia maritime cooperation.

Cultivating a stronger connection between ports in Andaman and Nicobar Islands in India, and Aceh in Indonesia could be an important trigger for economic opportunities for India and Indonesia. This triangular Andaman-Nicobar-Aceh maritime connectivity axis would be able to provide India with a discernible maritime footprint in Southeast Asia. For Indonesia, it would be a positive step forward to realising Jokowi’s maritime fulcrum vision.

Despite the past civilisational links between India and Indonesia, the people of both countries are not as familiar about each other’s cultures as it ought to be. So it is important for India and Indonesia to also prioritise people-to-people linkages such as youth, student and other exchanges between academic institutions, collaborations between think-tanks, and tourism.

Jokowi and Modi have built up a reservoir of political goodwill among themselves in their first terms in office, and with both comfortably re-elected, stability and continuity can be expected in India-Indonesia relations. The two leaders would need to continue drawing on their personalities to exhibit strong leadership amid domestic political impediments. This would allow them to deepen strategic trust between their two countries and cooperate to take bold steps to propel India-Indonesia relations to greater heights.

The litmus test for the next five years is whether Jokowi and Modi can translate their bilateral commitments into practical outcomes, lest Indonesia and India end up as one of those bilateral relationships that merely flatters to deceive.