A coup in February sparked countrywide protests and challenged the region to respond. 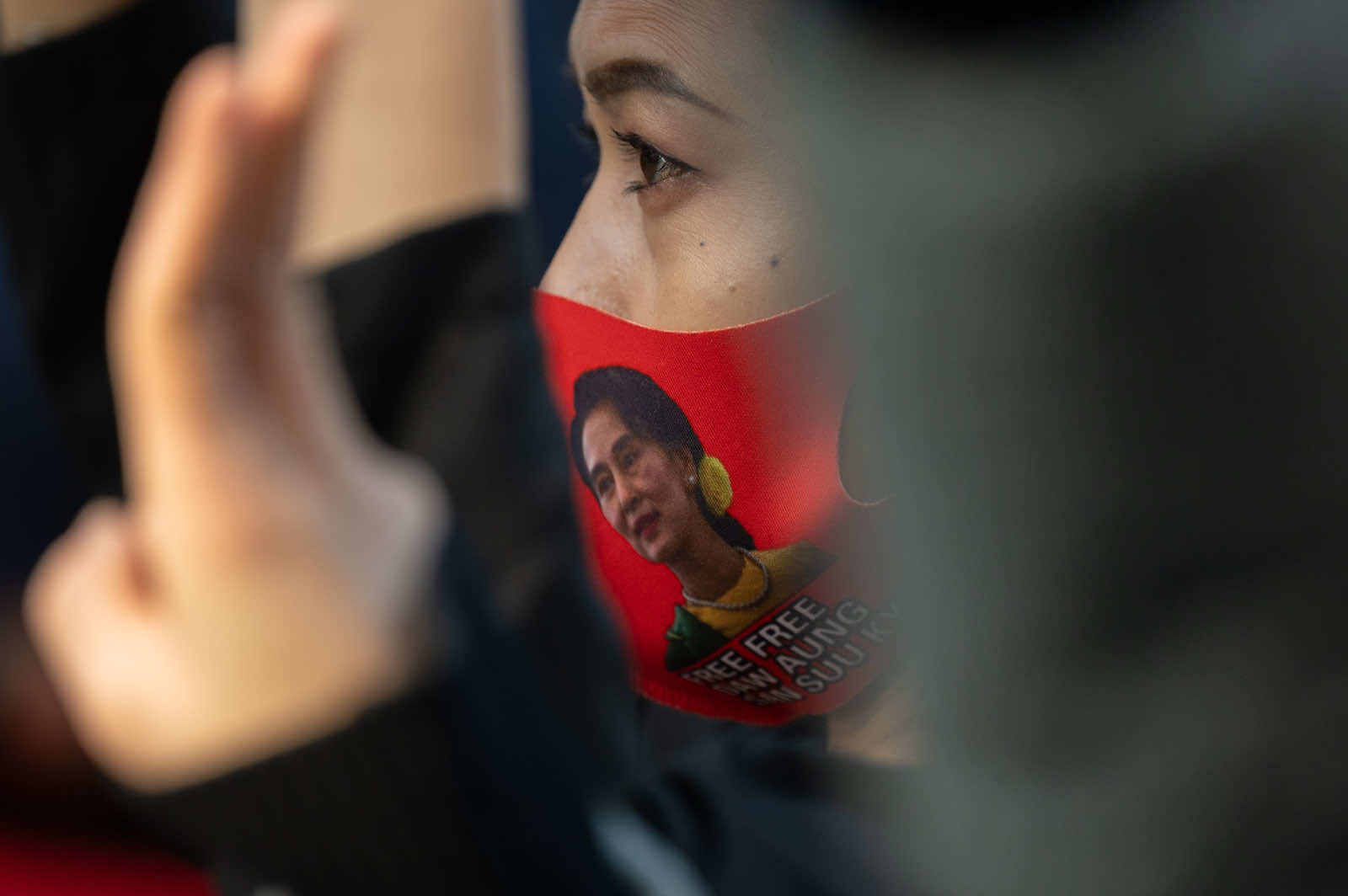 Shared power grated with the generals. A little over a decade ago, Myanmar’s military, known as the Tatmadaw, introduced a quasi-democratic constitution, which eventually saw the National League for Democracy form government. But on 1 February this year the military imprisoned State Counsellor Aung San Suu Kyi seized back control of the country. Andrew Selth:

Given that the 2008 constitution already gives the Tatmadaw a powerful role in national politics, including control of three key ministries, it has to be asked why Commander-in-Chief Senior General Min Aung Hlaing would want to bring down a system that the Tatmadaw itself created and which has served it well since 2011. Also, why would the armed forces want to reassume the burden of coping with the complex and seemingly intractable problems which they had offloaded onto the NLD government?

Melissa Crouch argued the constitution and the promise of democratic reform had always been a sham.

The NLD faced hostility from the outset. The NLD created the Office of State Councillor, a position specifically for Aung San Suu Kyi in light of her inability to become president. This was strongly opposed by military members of parliament who refused to vote on the legislative proposal.

And what a way to inadvertently announce coup. Daniel Flitton:

In Myanmar, so far, the image of the moment comes via extraordinary footage of a brightly clad woman recording her aerobics workout apparently near the seat of government in the capital Naypyidaw, while in the background what appears to be a military convoy rolls in to cement the takeover.

But other symbols of resistance would soon take hold: Phyu Phyu Oo on the pots and pans protests that rang out across the country.

The widespread banging of pots and pans is worth deeper examination. This form of protest facilitates the broader participation of civilians during an ongoing pandemic, including women (in care roles at home), youth, aged and disabled, in their political opposition against the regime. Historically, pots and pans movements have encouraged women’s participation in politics.

The coup was seen as a test of the Association of Southeast Asian Nations. Hui Ying Lee:

With ASEAN’s usual quiet diplomacy, the comfort level of Myanmar’s military leaders will arguably increase, and it may eventually encourage them to engage with the regional grouping.

And Ben Bland saw Indonesia, in particular, as taking a leadership role in the regional response.

It was a welcome surprise to see Joko Widodo seizing the initiative on Myanmar, corralling fellow ASEAN leaders to meet at a special summit in Jakarta. In the midst of the pandemic and Indonesia’s first recession since the Asian financial crisis, Jokowi had nothing to gain in domestic political terms from his call for action on Myanmar.

Only in Myanmar itself, the violence was becoming worse. Andrew Selth:

The military regime has been trying to eliminate the leaders of the opposition movement, where they exist, and weaken its organisation. Snipers appear to have been employed to kill protesters deemed particular threats. With the help of the country’s intelligence agencies, and utilising modern surveillance technology, other key figures, including journalists and opinion makers, have been identified and arrested, usually in night-time raids.

The Myanmar junta has progressively announced a patchwork of restrictions, including stay-at-home orders for a number of townships in the commercial center of Yangon, the capital Naypyidaw, and across at least six other states and regions … But given the extent to which the military has terrorised the population to cement its rule in the months since 1 February, trust in the regime’s pandemic response is understandably low.

It left Nicola Williams to wonder when ASEAN would act and what the grouping might learn from experience elsewhere?

Of course, there is not one perfect model to deal with coups and unconstitutional behaviours among members of a regional political and economic community. The African Union, for instance, has been criticised for double standards on coups compared with lifelong leaders who reject term limits. Yet regional organisations have shown in the past 20 years that they often have the greatest clout and moral persuasion to effect change.

Amid this chaos, Catherine Renshaw asked who would represent Myanmar on the world stage?

In the run-up to the UN General Assembly, Myanmar’s government-in-exile, the National Unity Government, is engaged in a worldwide lobbying effort for diplomatic recognition. Recognition – by powerful states or by many states – would boost the NUG’s case for recognition.

David Fawcett argued the region, including Australia, must do more to protect the rights of Myanmar’s population.

Australia should work with urgency to advocate with ASEAN and others for a no-fly zone – or at least an enforceable embargo on the provision of jet fuel – to be authorised by the UN Security Council.

It was, as Andrew Selth explained, a miserable year for the country.