President Toqayev has promised a “New Kazakhstan”, but democracy isn’t on the table. 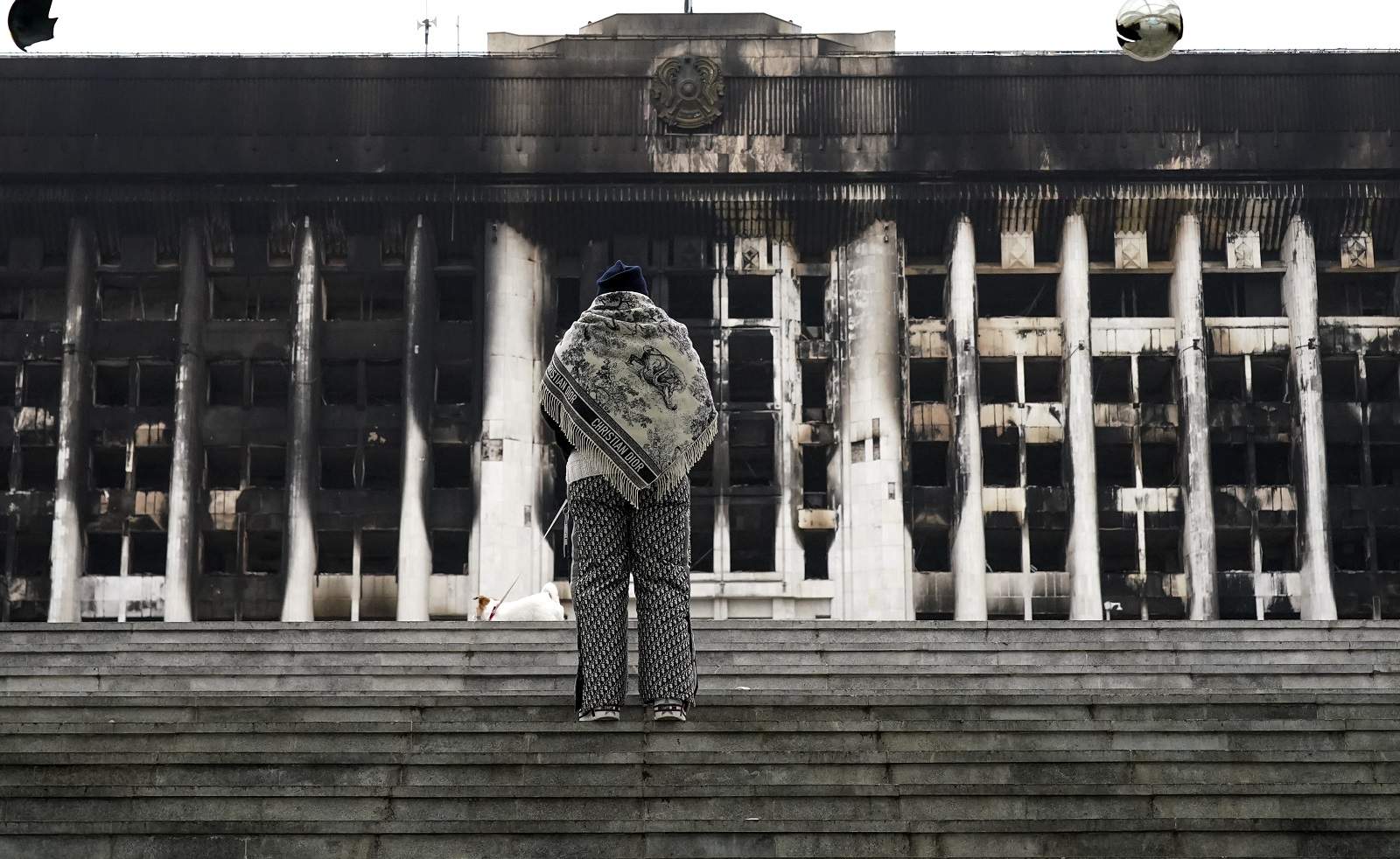 It has been more than a month since protests over the fuel price hike broke out in western Kazakhstan and spread across the country as demands grew more political. Protesters chanted “Shal, ket!” (“Old man, out”), a call addressed to Nursultan Nazarbayev, who ruled the country for three decades and remained Kazakhstan’s most powerful person even after formally stepping down from the presidency in 2019.

Since those protests, Nazarbayev’s influence and personality cult have been rapidly dismantled at the hands of his former protégé and handpicked successor, President Qasym-Zhomart Toqayev. Toqayev stripped his former benefactor of power and lifetime privileges, and has gone after the allies and family wealth of the former “leader of the nation”.

But on 5 February, about a hundred people were again out on the streets of Almaty, the business capital of Kazakhstan. The city had suffered badly during the January protests, but authorities nonetheless made the rare move of authorising the rally against the appointment of a new city mayor. Once again, protesters chanted “Shal, ket!”

Nazarbayev is believed to have amassed a multi-billion dollar fortune during a rule that has been described as “one of the strongest examples of a modern kleptocracy”.

The endurance of the chant pointed to a simple fact: Nazarbayev is out, but Kazakhstan is still ruled by the same crop of “old men”.

In his January address to the nation, Toqayev made a call to “build a new Kazakhstan together”. Among the measures he pledged were the freezing of salaries for lawmakers and state officials, support for struggling regions, and compelling oligarch-owned businesses to contribute to a social fund. He promised socio-economic reforms to fight inequality, an issue at the heart of the January protests in Central Asia’s richest and once most stable country. There is, however, no sign he is ready to allow for democratic change.

As Toqayev took the reins of the country’s Security Council and the ruling party, Nazarbayev’s relatives were sacked from top jobs, and his close ally, the national security chief, was detained on high-treason charges. Toqayev announced the restructuring of the sovereign wealth fund that owns a number of major state companies, and ordered the government to develop a plan for returning stolen assets from abroad. Nazarbayev is believed to have amassed a multi-billion dollar fortune during a rule that has been described as “one of the strongest examples of a modern kleptocracy”.

But Nazarbayev’s legacy goes beyond endemic nepotism and corruption. He leaves behind a political class that thrived under his authoritarian regime. Over the course of three decades in power, he destroyed political opposition, stifled independent media, banned peaceful gatherings and prosecuted activists. A number of dissidents had to seek asylum abroad. One of them was arrested on 6 February upon arrival at Almaty airport from Ukraine after five years in exile.

Toqayev might have emerged as the winner in the power struggle with Nazarbayev. But his own legacy will be forever tainted by the use of lethal force against his people. It is widely believed that January’s protests were co-opted into intra-elite fighting, causing initially peaceful demonstrations to spiral into violent clashes involving criminal gangs and security forces.

When the violence reached Almaty, Toqaev claimed that 20,000 foreign-trained terrorists and armed militants tried to stage a coup — although no evidence was provided. He then gave a “shoot-to-kill without warning” order after inviting troops from the Russian-led military alliance (CSTO) to help restore order. An estimated 12,000 people have been detained in a sweeping “anti-terrorism” crackdown, while the authorities reported that “dozens of terrorists were liquidated”.

The accounts of citizens of neighboring Kyrgyzstan who were caught up in the violence shed more light on methods of Kazakh law enforcement.

It will take time to piece together what exactly happened in the first weeks of “Bloody January” as accounts of unarmed civilians shot dead, torture in custody, and missing relatives continue to surface after an internet blackout.

The Kazakh authorities refuse to release the names of the dead. The official death count is 227, including 19 law enforcement officers and an unclear number of civilians. Human rights groups claim the number of casualties may be much higher.

The accounts of citizens of neighbouring Kyrgyzstan who were caught up in the violence shed more light on methods of Kazakh law enforcement. A jazz musician was badly beaten in detention and forced to confess on camera that he was unemployed and came to Kazakhstan to participate in anti-government protests for US$200. Another Kyrgyz man had his ribs and both legs broken by Almaty police who accused him of participating in the protests.

The Kazakhstan Prosecutor-General’s Office has announced it will investigate the allegations of ill-treatment, but human rights groups are sceptical. Human Rights Watch and the UN High Commissioner for Human Rights have called for an independent probe.

Toqayev, newly comfortable at the top, responded that this would not be necessary. Kazakhstan is able to manage on its own, he said.