A threat, then an olive branch. A provocation, then soothing words. Pyongyang’s pattern has a purpose. 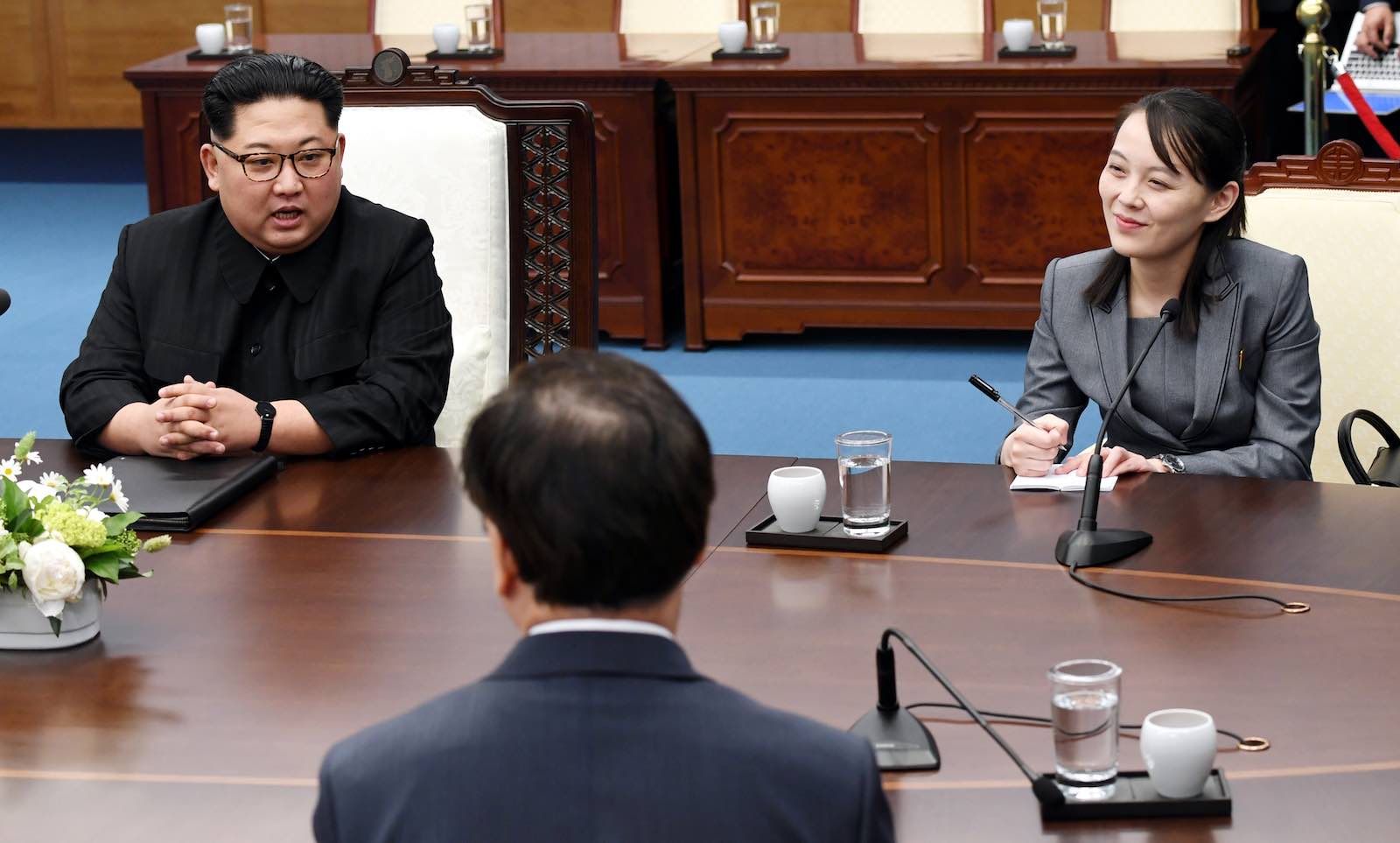 Kim Yo-jong, the sister of North Korean Chairman Kim Jong-un, released a notable statement on Friday about the state of North Korea–United States nuclear negotiations. Kim’s statement, delivered via the Korean Central News Agency, came in response to South Korean President Moon Jae-in’s recent proposal to hold another US–North Korea summit before the US presidential election in November. Kim played down the prospect, saying the idea of a further summit was unlikely and “unprofitable”, instead blaming the US for exploiting previous meetings for its own benefit and refusing to change its demands.

This might all seem predictable naysaying by North Korea. But what made the statement noteworthy was Kim’s hint that “a surprise thing may still happen” and that denuclearisation was not impossible.

Kim’s statement was much friendlier in tone compared to her threat in June to militarily retaliate against South Korea over Seoul’s perceived failure to stop defectors spreading leaflets across the inter-Korean border. Last month, Kim branded South Korea an “enemy” just as North Korea demolished the inter-Korean liaison office and threatened to scrap the 2018 military tension-reduction agreement.

North Korea is testing the US and South Korean responses to its different moves, at best seeking a major concession, or at worst, a confirmation of the status quo.

The sudden change in tone last week might have resulted from Seoul’s strong response to North Korea’s demolition of the liaison office, which prompted Kim Jong-un’s decision to suspend military action against the South. Remarkably, two weeks later, North Korea also refrained from criticising the US and South Korea on the 70th anniversary of the Korean War.

Pyongyang has long been known as a fickle interlocutor. But this recent behaviour shows the “zigzag” approach the country often adopts deliberately. A zigzag is defined as “a series of short sharp turns”, and this captures North Korea’s policy of sharp contradictions in negotiations as it seeks to extract maximum concessions at the lowest cost. In this case, North Korea is testing the US and South Korean responses to its different moves, at best seeking a major concession, or at worst, a confirmation of the status quo.

While this allows flexibility, the risk is plain enough, particularly with the uncertainty that will follow the US election. Although President Donald Trump has signalled a willingness to meet Kim Jong-un again, Trump has shown little appetite for another summit this year (even before Covid-related restrictions). Meanwhile, Democratic presidential candidate Joe Biden has signalled he would overturn Trump’s North Korea policy. This presents Pyongyang with an uncomfortable dilemma – either to lock in an arms control deal with Trump now or risk renegotiating with a hard-line Biden later.

Moreover, Pyongyang appears to have miscalculated Moon’s willingness tolerate further provocations. North Korea does not want to further delegitimise Moon’s policy of détente, given this has left the impression that South Korea is tilting away from US policy. Again, this leaves a dilemma – being overly friendly decreases Pyongyang’s leverage, while being too provocative reinforces South Korea’s negative view of the North.

Kim Yo-jong’s statement last week, when read in full, follows the zigzag pattern. No more summits, she said. Yet she still maintained that a special personal relationship between Kim Jong-un and Trump. The long-warned “Christmas gift” might actually be closer to the US presidential election – yet, of course, North Korea does not “have the slightest intention to pose a threat to the US”. The zig is followed by the zag.

But there is still a purpose. What North Korea wants is no longer merely sanctions relief but a “withdrawal of hostility” – the prospect of working towards the normalisation of US–North Korea relations under the Singapore Declaration and an end to the deployment of US strategic assets around the peninsula. All this before any discussion of denuclearisation.

If Washington does not concede, Pyongyang is prepared to withstand economic pressure and deter the US by developing strategic weapons as the worst possible outcome. Importantly, this set of demands can be carried through in the event of a Biden presidency and increased sanctions, since North Korea can fall back on belt-tightening and deterrence, just as it did under the Obama administration.

Expect more zigzags for the rest of the year.