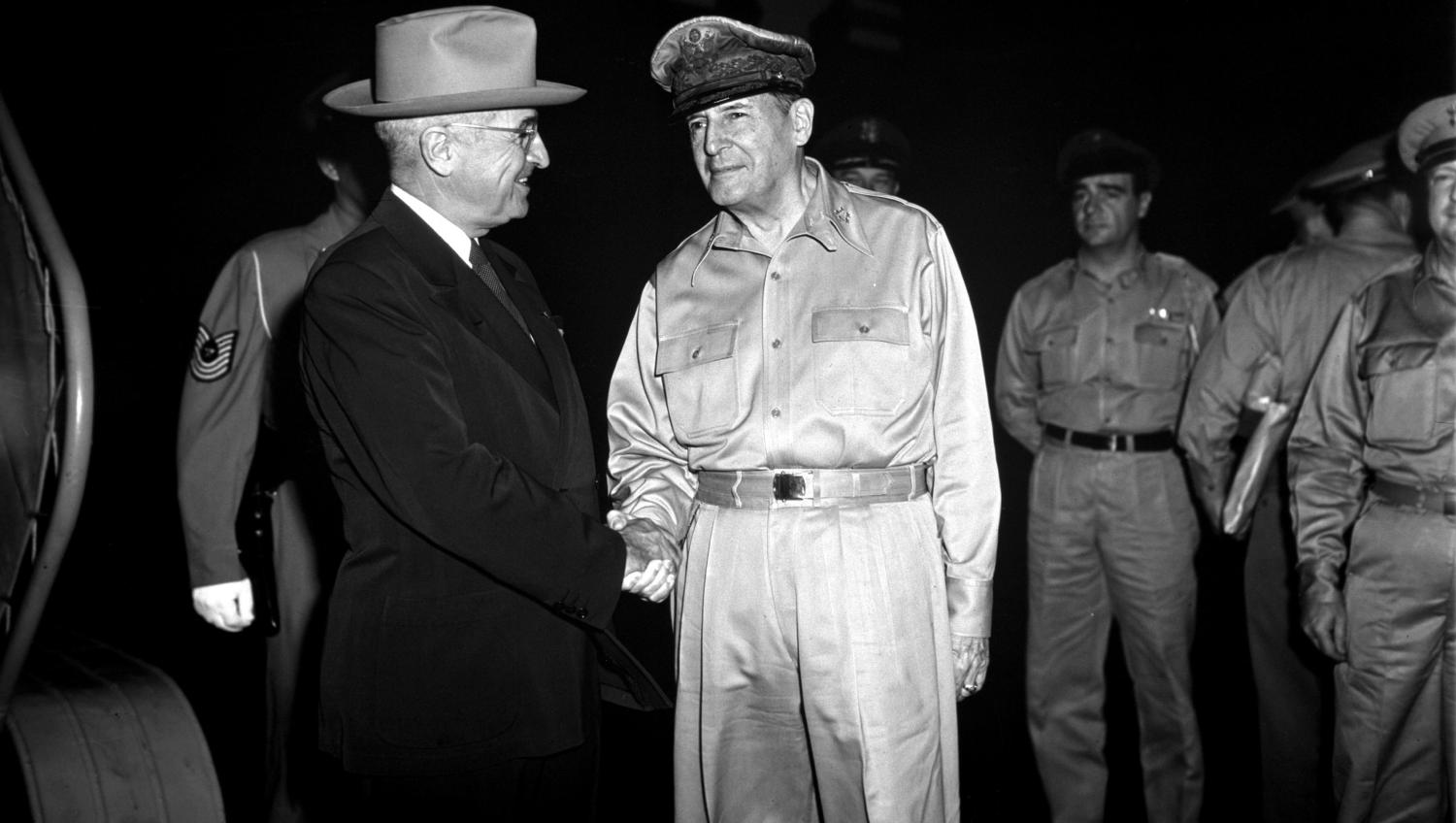 President Donald Trump's threat to rain 'fire and fury' on North Korea has shocked the world. Commentators have rushed to remind us that American leaders normally try to turn down the heat when an international crisis threatens to escalate out of control. Trump has done the exact opposite. In fact, he has now said his earlier statement 'wasn't tough enough'.

The only parallel these commentators have found came in 1945, when President Harry Truman warned Japan that unless it surrendered, it 'may expect a rain of ruin from the air, the like of which has never been seen before on this earth.' But, as the experts have hastened to stress, this statement came after Truman had already dropped the first atomic bomb on Japan, so it was no idle warning. 'It’s hard to think of a president using more extreme language during a crisis like this before,' remarks historian Michael Beschloss. 'Presidents usually try to use language that is even more moderate than what they may be feeling in private, because they’ve always been worried that their language might escalate a crisis.'

It might be hard to think of a precedent, but it is certainly not impossible. Interestingly, the closest a president has come to anticipating Trump's shockingly bellicose statement was actually Harry Truman, but during the Korean War, not World War II.

The date was 30 November 1950. The Korean War was five months old and threatening to escalate into something much bigger than a US-led 'police action' to counter the North Korean invasion of South Korea. Just days earlier, Washington had learned that communist China had massively intervened in the conflict. US-led forces under the command of General Douglas MacArthur appeared highly vulnerable. Many senior American officials feared they would be encircled and destroyed. The chairman of the Joint Chiefs of Staff even compared the perilous military situation to Dunkirk.

Against this ominous backdrop, Truman met with the press and, like Trump this week, his words sent shockwaves through the world. Within minutes Truman revealed that the use of atomic weapons was under 'active consideration.' He even suggested that he had given MacArthur — a notorious hawk — the authority to use them.

While some historians have claimed Truman was engaged in 'atomic diplomacy', using the clear threat of a nuclear escalation to warn China against destroying US-led forces, the reality was different. Unlike Trump, who clearly intended to ratchet up the rhetoric even if his precise choice of words had not been vetted, Truman’s alarming language was inadvertent. He had entered the press conference determined to 'keep the home front cool', and had only uttered the dangerous phrases under intense questioning from reporters.

Whatever the cause of Truman's comments, the consequences are worth considering. On the American home front, newspaper headlines immediately blared out the possibility of nuclear war in Korea, while on Capitol Hill leading senators openly debated the wisdom of dropping the bomb. In the UN, American officials reported the 'virtual state of panic which seemed to exist among our friends' at this prospect of 'annihilation without representation'. In an era when summit diplomacy was still the exception rather than the norm, British Prime Minister Clement Attlee underlined the dim view of America’s allies to Truman’s statement by immediately boarding a plane to Washington in a bid to understand what the President was up to.

Just like Rex Tillerson is currently doing with Trump, Truman’s advisers engaged in a frantic attempt at reassurance, insisting that 'only the president can authorize the use of the bomb and no such authorization has been given.' But the damage had already been done. As Edward Murrow pointed out to CBS listeners, 'the explanations will never catch up with the original indiscretion.'

Over the following weeks, Truman's 'indiscretion' continued to cast a long shadow over the situation in Korea. On the one hand, it had no discernible impact on China, which continued to push its forces south below the thirty-eighth parallel despite the possibility of American nuclear retaliation. What ultimately held China back was not presidential bluster but military force, especially the reorganization of US-led ground forces in early 1951, after General Matthew Ridgway took command in Korea.

On the other hand, Truman’s bellicose language underpinned the dangerous fragmentation of the domestic and international coalitions that his Administration had painstakingly created at the start of the Korean crisis. America’s allies were certainly reluctant to support the US call for a UN resolution indicting Chinese aggression in Korea, convinced that such a resolution would give MacArthur legal authority to escalate the conflict. Meanwhile, the American home front increasingly began to question whether Korea was worth the risk of World War III, and by January 1951 two-thirds of the public said they favoured pulling out altogether.

Significantly, Truman’s November 1950 'indiscretion' was so big that his successors continued to remember it when they faced similar situations. Dwight Eisenhower periodically deployed atomic diplomacy in the mid-1950s, first to try to get China to end the Korean War and then to stop it from threatening Taiwan. Richard Nixon likewise developed the 'madman theory', which attempted to end the Vietnam War by convincing Hanoi that he was unbalanced enough to drop the 'big one' if the fighting persisted.

In each instance, these threats ultimately had little impact on America's adversary. Nuclear weapons are such a blunt instrument that communist leaders invariably treated Washington's warnings as little more than empty bluster. Yet, with the memory of Truman in November 1950 still so vivid, these presidents at least had the wit to utter their nuclear threats subtly, using a back channel rather than a public arena. Truman had taught them how dangerous — even counterproductive — it can be to scare the hell out of both America's allies and the American public.

Trump, of course, has absolutely no knowledge of history. It is therefore scarcely surprising that he has committed a similar blunder to Truman, at another moment when events on the Korean peninsula are so dangerous.

Internal power struggles have kept the administration occupied while its human rights commitments fall to the wayside.
Ross Taylor 27 Nov 2018 13:00

Should Morrison play hardball with Indonesia on the proposal to move the Australian embassy from Tel Aviv to Jerusalem?
John Eyers 19 Oct 2022 05:00

Development finance – how much, done how?

Identifying institutional options for infrastructure finance in the Asia Pacific.