There are two broad narratives in the international coverage of Australia. First, the country is no longer a beacon for human rights. Second, its politics are parochial and often paralysing, 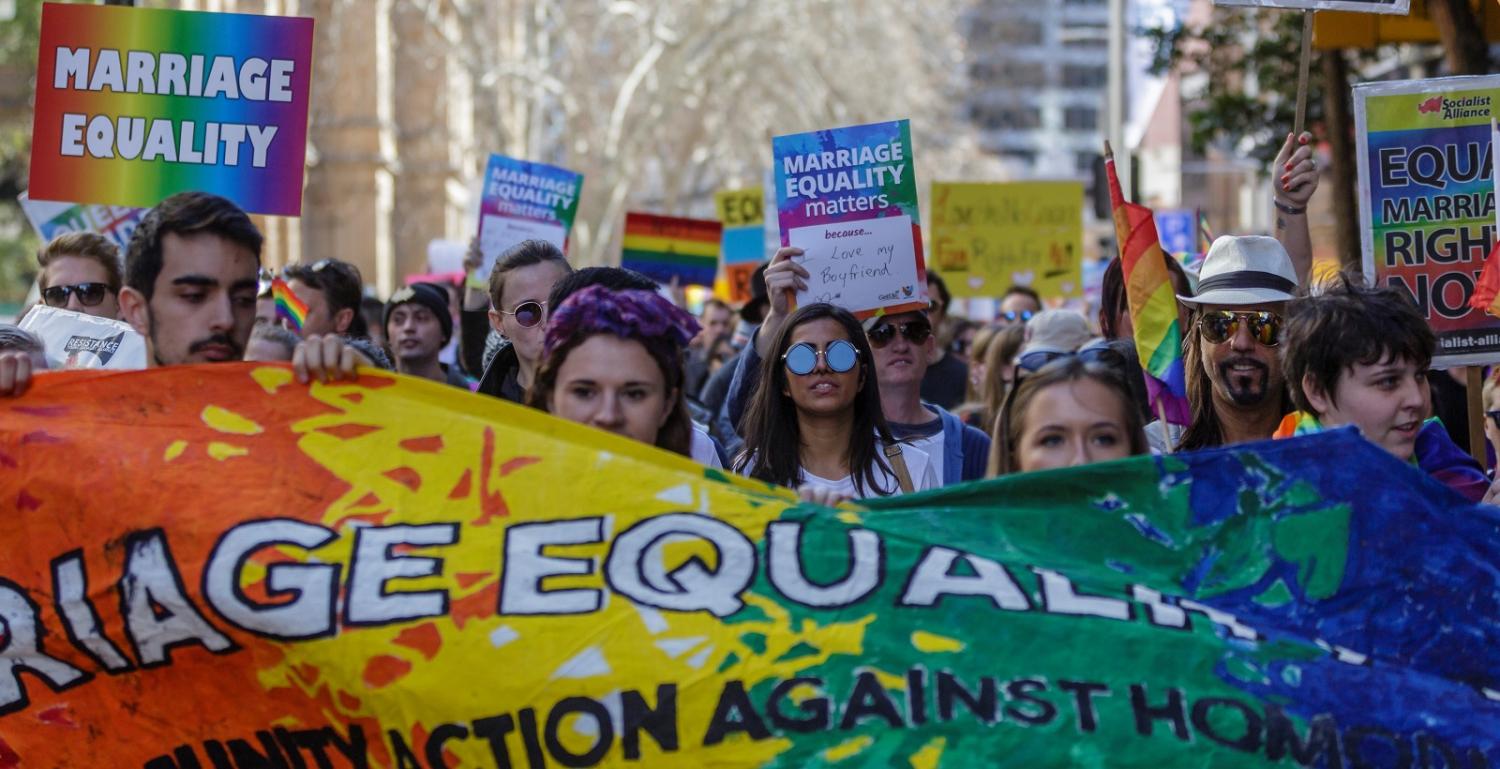 Often it is the glaring contradictions of Australian life that catch the international eye. The successfully multi-cultural country with one of the most punitive approaches to asylum seekers of any western country. The sun-dried continent where climate change scepticism remains a mainstream political view (the Great Barrier Reef has become a warning gauge for the health of the planet, its bleached corals now a flashing red light). Now the host to perhaps the world’s greatest gay pageant, the Sydney Mardi Gras, is convulsed by a debate on whether members of the LGBT community should come to enjoy the same marital rights as people in New Zealand, England, Scotland, Wales, Ireland, France, Germany, Spain, Portugal, Canada, South Africa, Colombia, the United States and a host of other developed countries.

The same-sex marriage debate fits within two broad narratives that are increasingly prominent in the international coverage of Australia. First, the country is no longer a beacon for human rights. Second, its politics are parochial and often paralysing, its modern-day prime ministers weak and ineffectual.

One of the most noticeable media trends in recent years has been how international news organisations have boosted their Australian coverage. They no longer look on the land down under as being at the end of the world. The upside is that the New York Times, the BBC and the Guardian all now have a sizeable local presence. The downside for Australia is reputational: the enlarged coverage has resulted in a steady stream of negative stories on the treatment of asylum seekers and, more recently, the rights of the LGBT community.

So Brand Australia seems this curious mix: a lifestyle superpower, lauded by magazines like Monocle and Conde Nast Traveller, rapaciously exporting its manner of living all over the world (recently, I found an Australian café serving flat whites and pummelled avocado in South Dakota); and a country that’s socially backward, one of the last major hold-outs against same-sex marriage.

When he took office, Malcolm Turnbull, a liberal conservative with modernising impulses, seemed to be a figure capable of moulding a more cohesive national brand. Why, he even became the first sitting prime minister to attend Sydney’s Mardi Gras celebrations, which passes through his own parliamentary constituency.

But there’s been such a discrepancy between his promise and performance. His prime ministership provides yet another case study in the dysfunction of Australian politics, the primacy of the party room and how the coup culture in Canberra can have a myopic affect even on open-minded leaders.

His tunnel-vision focus seems to be on keeping his job, and fending off a challenge from the right. In that debilitating process, Turnbull seems to have given up trying to be Turnbull. Rather, his tenure feels like a re-run of a movie we have seen a few times before: Honey, who shrank the Australian prime minister?

Consider this coverage in The Economist: 'Mr. Turnbull’s U-turns make some wonder if he ever stood for much besides winning power.' Or this from The New York Times on the non-binding plebiscite: 'For many, the process is emblematic of what critics across the political spectrum describe as the insider-driven gamesmanship of Canberra, the capital, and the lack of clear leadership from Mr. Turnbull and his party.'

This all speaks of a larger problem: the inability of Australia to accomplish big things. Polls have shown that almost two-thirds of Australians favour legalising gay marriage, and yet stasis prevails. The great reform era of the Hawke, Keating and Howard years has been followed by what could be described as the regression era. To many, Australia seems not only to be stood still, but going backwards.

Judging by the international coverage of this debate, Australia is doing a better job right now of presenting itself as a bastion of nostalgic conservatism than a liberal lodestar. For some Australians, that will doubtless be a source of national pride. For others, it’s the cause of cringing national embarrassment.

The “sea-air gap” has collapsed amid the proliferation of technologies that are agnostic about distance and domain.
Melissa Conley Tyler 25 Jan 2017 09:32

Including the first Australians in Australian diplomacy

Left to their own devices, institutions tend to over-represent white males compared to every other demographic.
Jessica Mackenzie, Alberto Lemma 4 Oct 2022 14:00

Canberra can learn a lot about risk appetite and the culture of financing from those already in the space.