“Fire and fury” had more to do with the temperament of the White House, while Pyongyang provokes with purpose. 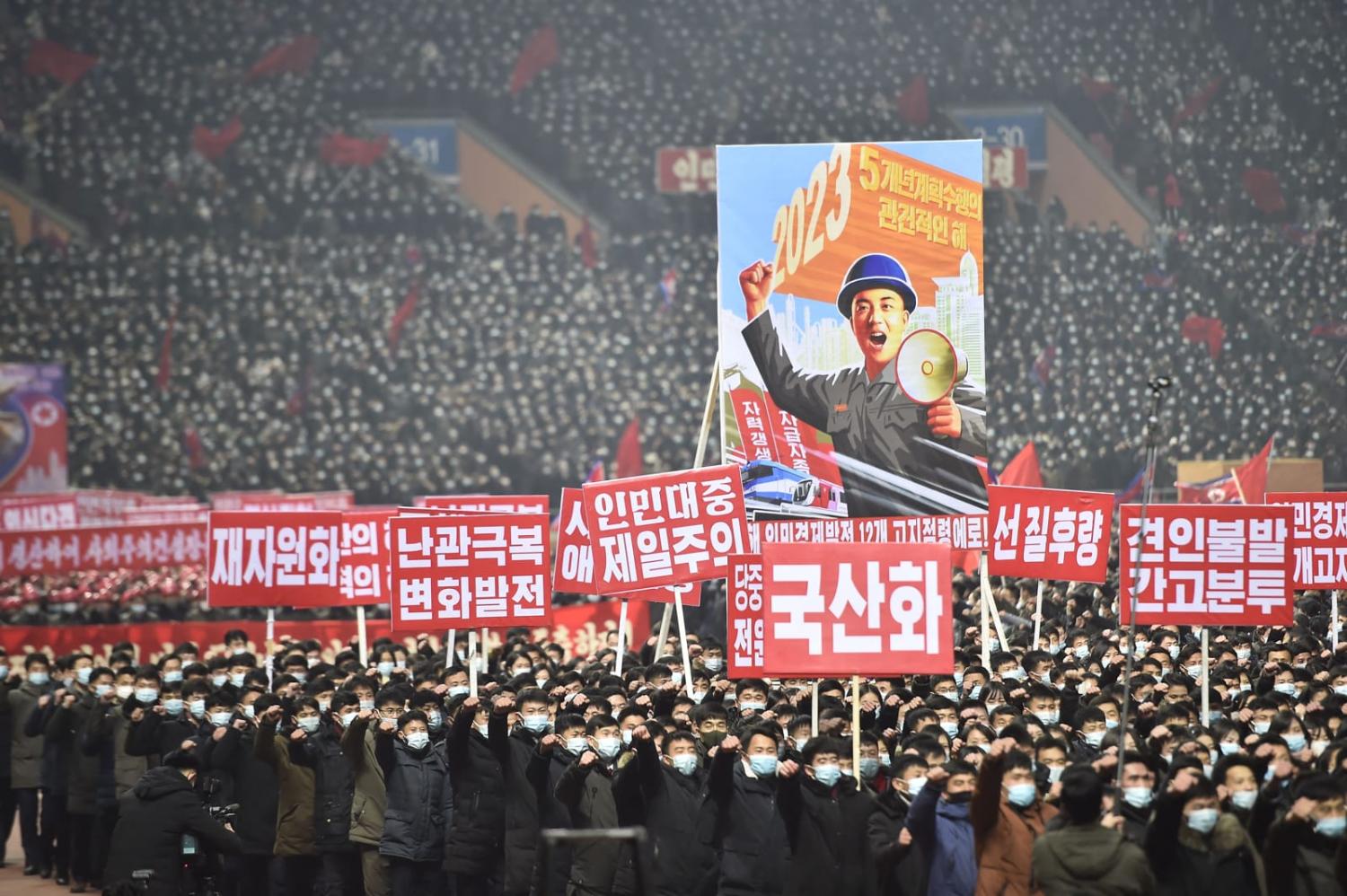 The year has already started with some bad news for the South Korean armed forces. It was confirmed last week that a North Korean drone not only intruded South Korean airspace unscathed but also breached the South’s no-fly zone surrounding the presidential area. South Korea’s President Yoon Suk-yeol ordered the military to send two or three drones across the border if the North sends one, and warned the 2018 inter-Korean military pact will be suspended if North Korea violates its airspace again.

Under Yoon, South Korea has adopted a “tit-for-tat” policy to respond to North Korean provocations. South Korea recently called the North an “enemy” in its defence white paper after the liberal Moon Jae-in administration scrapped the label in service of diplomatic engagement. Seoul is also considering psychological warfare such as resuming anti-North broadcasts along the Demilitarised Zone and sending leaflets to the North if the pact is suspended.

North Korea, for its part, has publicly referred to the South as “our undoubted enemy”, with Chairman Kim Jong-un advocating the mass production of tactical nuclear weapons, developing a new intercontinental ballistic missile system, and putting a spy satellite into orbit to enhance the country’s “self-defence” capabilities. Last year, North Korea broke the record with 70 missile launches and the country is expected to maintain the pace of military development this year, amid regular speculation it will conduct a nuclear test. Kim is showing that he is serious about his “power-for-power” policy with respect to the United States and South Korea.

When “tit-for-tat” meets “power-for-power,” tension is bound to increase. Some Korea watchers predict that the peninsula could see a repeat of the 2017 days of “fire and fury,” when in the aftermath of North Korea’s ICBM tests, then US President Donald Trump seriously thought about a preventive war and publicly threatened to attack the country. It will only take a North Korean nuclear test and the suspension of the 2018 military pact for everything to go back to square one.

However, while similarities can be seen, one important difference should mean 2023 will not be like 2017. In times of tension, a leader’s judgment and character can significantly matter to the trajectory of the crisis. This time, who occupies the White House is the decisive factor.

So far, there are reasons for optimism. Biden’s top foreign policy executives are much more restrained than their predecessors, as they repeatedly assured North Korea that the United States has no aggressive intentions towards it despite Pyongyang’s provocations. This is in stark contrast to Trump and his National Security Adviser John Bolton’s preference for a military solution and their confrontational statements in public. Importantly, Biden administration officials’ responses to North Korean provocations have so far been reflective of a long-standing North Korea policy rather than an improvised script as it was the case under Trump.

Biden’s White House has stuck to trilateral consultation with Japan and South Korea to address the growing North Korean threat, while Trump liked to “go it alone” even to the detriment of his Asian allies. Of course, Biden’s firm following of a “calibrated, practical approach” hurts the chance for any diplomatic breakthrough with North Korea, but it lowers uncertainty compared to the love-letter diplomacy between Kim and Trump.

Although the possibility of significant engagement with North Korea is low, it may be too early to rule out dialogue just yet.

On the alliance side, although Yoon is much more hawkish than Moon about North Korea, the United States is committed to restraining South Korea, and it should be able to do so as the senior ally. This greatly differs from the 2017 alliance dynamics, when South Korea as a junior ally had few capabilities to restrain the senior US ally. The risk of the United States starting a war against North Korea without Seoul’s input was high then. Now, Washington has legitimate reasons to worry that Yoon’s “tit-for-tat” policy can drag it into a war with North Korea, so it has emphasised the need for Seoul to consult with the alliance first before undertaking any actions.

Biden recently said “no” to joint nuclear drills with South Korea, despite Yoon’s suggestion that the two allies were discussing such plans, probably in an attempt not to raise tensions with North Korea. In a policy sense, Yoon’s acceptance of US extended deterrence as the solution to the North Korean problem means that he also accepts US constraint on his actions despite his worry about North Korea’s weapons breakthroughs. The Extended Deterrence Strategy and Consultation Group will continue to serve as the main channel of US restraint on South Korea’s North Korea policy.

And although the possibility of significant engagement with North Korea is low, it may be too early to rule out dialogue just yet. North Korea has likely shifted from aggressive testing in 2022 to mass manufacturing in 2023, as seen in Kim’s pledge to exponentially increase the country’s nuclear arsenal and mass produce tactical nuclear weapons. Moreover, North Korean military scientists think the country will not have to carry out a nuclear test because they were confident in the success of their 2022 ICBM tests. When missiles are not flying in the sky, it may be easier for all parties to sit down and talk. And this has been North Korea’s strategy during the previous round of engagement: testing weapons aggressively and then participating in talks to extract the best price while producing more weapons in the background.

Previous Article
Avenging the century of humiliation, one artefact at a time
Next Article
Crossing the carbon border

The Interpreter's best of 2016: Malaysia's Najib hangs on

Given the political and legal trouble in which Malaysian PM Najib Razak found himself in 2016, it is a small miracle he survived. Here's how The Interpreter tracked Najib's journey though 2016.
John West 26 Nov 2019 06:00

Taking an honest look at a worst-case scenario isn’t scaremongering but could instead help avoid doing ourselves harm.