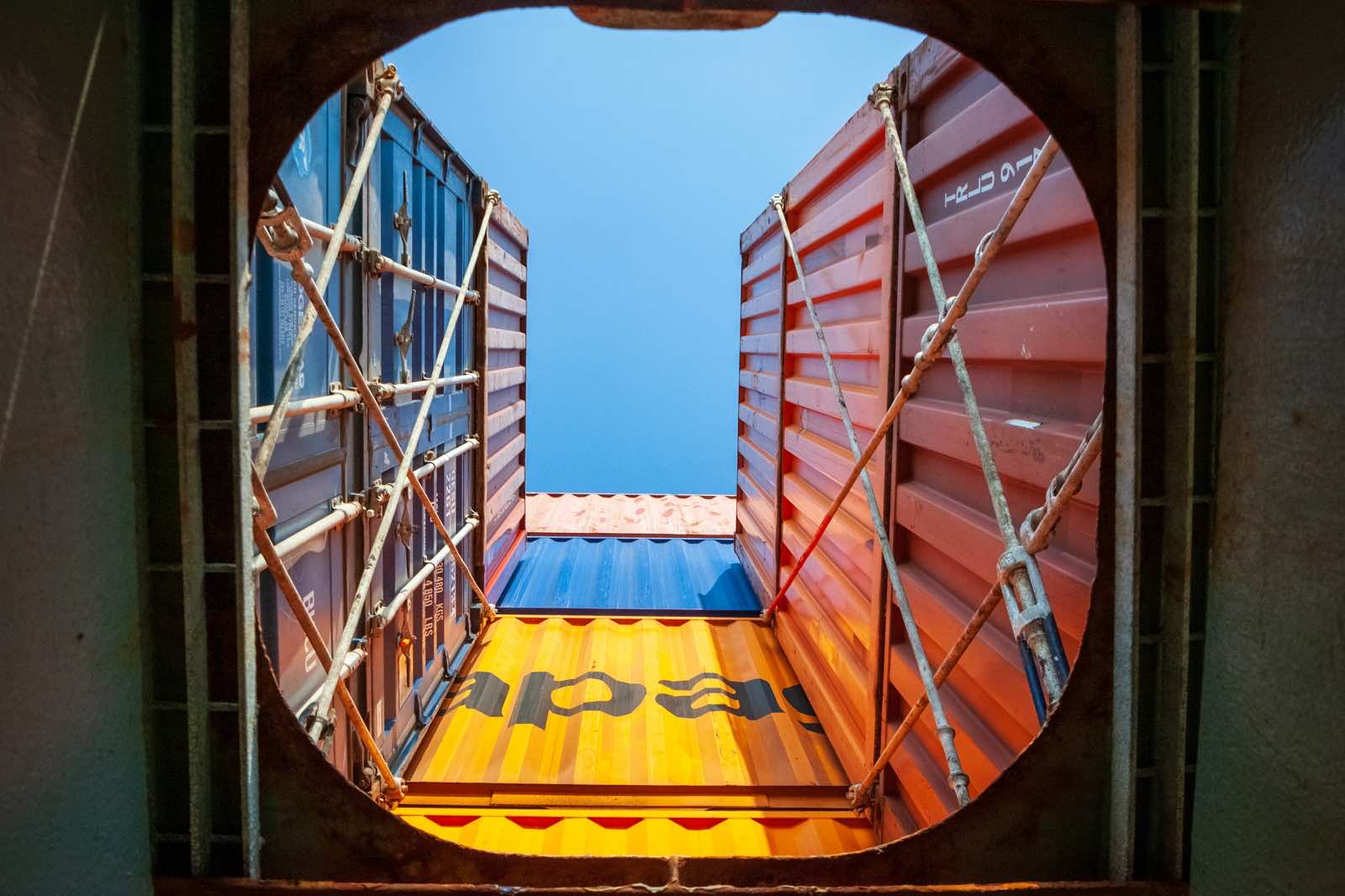 In 1677, the Thai monarch Narai the Great had a dream. He sent an engineer south to investigate the possibility of excavating a vast waterway through the narrowest part of the Malay Peninsula, known as the Kra Isthmus, with the hope of opening a direct trade route between Siam and Burma – imagine a Suez of Southeast Asia, if you will.

The engineer returned with the unhappy verdict that the project was impossible. But this idea of a “Kra Canal” has persisted through the centuries since. The canal is seen as an option to bypass the longer and congested route through the Strait of Malacca, the narrow sea lane that runs between modern-day Malaysia, Indonesia and Singapore and carries 25 per cent of the world’s traded goods. At different times in history, the French wanted to build it, the British sought to block it, and successive Thai governments have investigated its viability in recent decades.

A Thai Land Bridge would provide an alternative route cutting approximately 1,200 kilometres and 2 to 3 days from a journey through the busy Strait of Malacca.

Now, according to one Thai parliamentarian, China might have an ambition to create it – but there’s a twist.

The concept of a sea passage linking the Gulf of Thailand and the Andaman Sea was dismissed by the government in 2020; the dream of a Kra Canal became a Thai Land Bridge, utilising road and railway networks to transport goods to and from deep sea ports on each coast. This land-based route would avoid major drawbacks involved in digging a canal, such as environmental waste and cutting off a southern part of the country embroiled in insurgency. Supporters of the idea also estimated it would fit into a combined budget less than the extraordinary US$55 billion projected to be required to dig a canal.

If built, a Thai Land Bridge would provide an alternative route cutting approximately 1,200 kilometres and 2 to 3 days from a journey through the busy Strait of Malacca, saving transport costs, reducing the risk of piracy and easing pressure on a waterway forecasted to exceed its capacity in the next ten years. 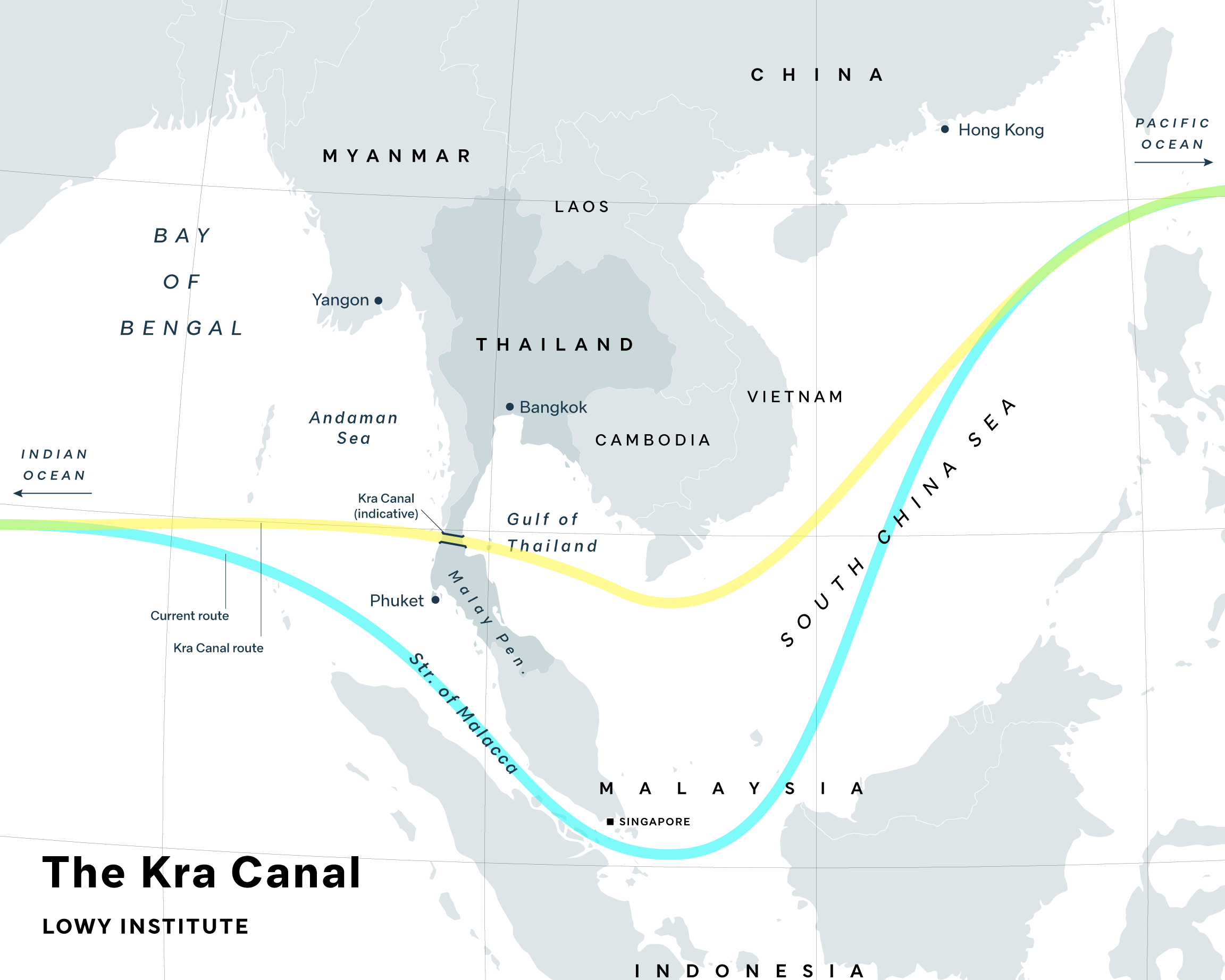 The “if” in this question is a big one. One wry observer estimated a great number of Thai forest reserves have been logged over the years to supply the paper for canal feasibility studies, let alone the land bridge, and the last two Thai prime ministers to show interest also had their deliberations interrupted by coup.

But the attraction to China seems obvious. Chinese energy security rests on a solution to the “Malacca Dilemma”, a term introduced by former president Hu Jintao. An estimated 80 per cent of Chinese energy imports pass through the chokepoint of the Strait of Malacca. It’s not difficult to envisage that a blockade or disruption of the Strait could be instigated by Indonesia or Malaysia in response to habitual Chinese encroachment into territorial waters, or by India due to conflict on the Sino-Indian border.

There is also the matter of “certain powers” that Hu saw as a part of China’s dilemma, generally interpreted to be a reference to the United States. An energy blockade in the Strait of Malacca by the US Navy would significantly damage China’s economy, and such a prospect is seen as a driving motivation for Beijing to diversify its energy security, such as via oil and gas pipelines from Myanmar. In 2005, a leaked report for US Defense Department outlined how China was considering investing in the Kra Canal.

One feature of China’s ideal plan for a “Malacca solution” would be control. China has sought dominance and security over its maritime environment in the South China Sea through coercion. This has been accomplished via the building of artificial islands and via seemingly benign economic means, such as the mooring of fishing trawlers in disputed waters. Control over a transport route through Thailand would allow China not only to increase its energy security and resilience to blockade. If it were a canal, it would also permit navy vessels easier access to the Indian Ocean. This would align with China’s “String of Pearls” strategy of a series of strategic assets and influence stretching along oil routes from the Horn of Africa to China.

Whatever China’s interest may amount to has already – if reports are to be believed – drawn countervailing attention from the United States, as well as Australia and India.

But all these speculative advantages remain vulnerable to the same challenge that lead to the dream of the canal in the first place. How much power does any route provide when it can simply become another chokepoint? The fate of the giant container ship Ever Given, stuck fast for almost a week in the Suez Canal this year, gave a sense of how easy it is to disrupt an essential artery of global trade.

The canal dream is nonetheless a stubborn one. Since 2015, the prospect of a link across Thailand has been driven by the Thai Canal Association (TCA), a group of retired generals, politicians and business executives, and the Thai-Chinese Cultural and Economic Association, who reported support for the project from Chinese officials (although past claims of official deals have been swiftly denied). The TCA states it has financing from Chinese investors and held a 2017 conference on the project, while as recently as June this year the Thai Transport Minister spruiked the idea as an avenue for Thailand to again become “Southeast Asia’s ‘economic tiger cub’.”

Whatever China’s interest may amount to has already – if reports are to be believed – drawn countervailing attention from the United States, as well as Australia and India. Thailand is close to China, but is also a US treaty ally. How Thailand would navigate the geopolitical ambitions and rivalry of such a major protect is open to question.

In the meantime, the government seems intent on pressing ahead with the idea of a Thai Land Bridge. There is talk of crossing the Kra Isthmus once calls for investment close in 2023, with a six-year timeline for completion. Maybe the strategic premonition of King Narai so long ago could finally come to fruition. Or maybe the talk will continue for hundreds more years yet.