The law when putting autonomous military platforms on a shopping list 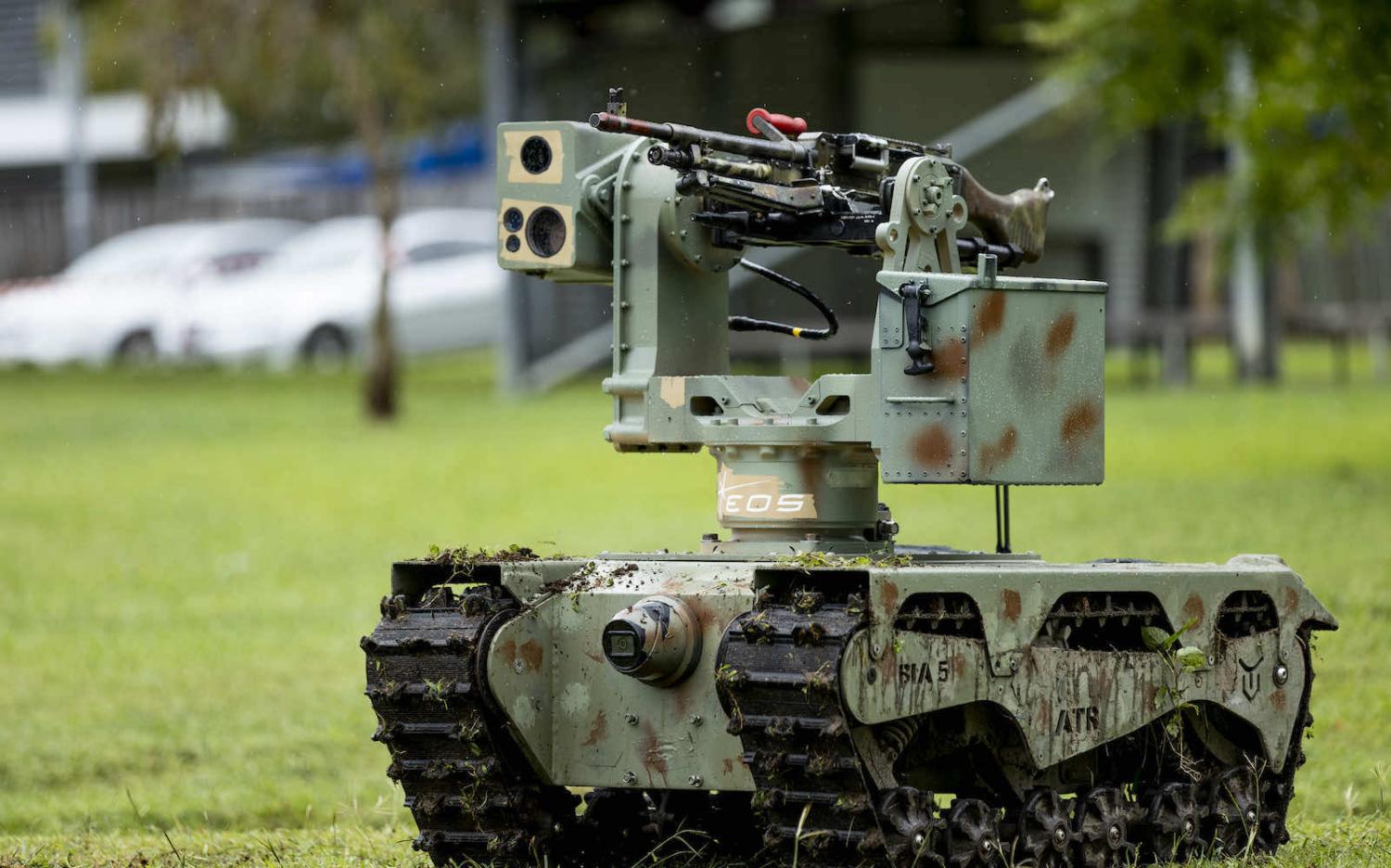 The Australian Defence Force (ADF) does not currently deploy highly autonomous devices – whether weaponised or not. Existing devices tend to be remotely piloted and unarmed, or, as is the case with close-in weapon systems, designed to operate in a highly predictable way in uncluttered operational environments.

That said, Australia has (including in its most recent Defence White Paper and subsequent Strategic Update) noted the increasing prevalence of autonomy in military applications. Specifically, Australia has identified the development of “trusted autonomous systems” as a priority area of work for strategic research by the Defence department. The number of people working on such technologies, both within Defence and the defence industry, and the dollars being invested in this area of research and development are only increasing.

The vision is for a more autonomous military future. As has been evidenced by recent media coverage, this vision is not one that can be pursued without the need for further thought and discussion when it comes to the law.

The fear of rogue killer robots looms large in this discussion, countered with arguments that autonomy may offer a greater ability to comply with the key legal principles of distinction, proportionality and precaution.

The fear of rogue killer robots looms large in this discussion, countered with arguments that autonomy may offer a greater ability to comply with the key legal principles of distinction, proportionality and precaution. The Group of Government Experts on Lethal Autonomous Weapons Systems is working towards making recommendations to the forthcoming Sixth Review Conference on the Convention on Certain Conventional Weapons, due to take place in December this year. But it is not clear what those recommendations will be.

In these global discussions, Australia has made a number of submissions and statements in support of the application of existing international humanitarian law to autonomous weapon systems and highlighted the system of control that it relies on to ensure compliance with its legal obligations. Further engagement with this process and championing, at the very least, a better understanding of the existing law is a vital role Australia must play.

Yet, irrespective of the direction in which the international legal framework goes, legal questions at home also require ongoing thought. Focusing on these international debates about autonomous weapon systems might, in any event, cause one to overlook the fact that many armed forces want to use autonomous capabilities for a much broader range of applications than just weapon systems. The legal questions go well beyond the pointy end – that is, whether Australia is comfortable with the application of force by means of devices with autonomous capabilities. There are also questions pertaining to the use of autonomy in military devices more generally.

Much of the relevant domestic legal framework, which may impact on the ability of Defence to test, and train with, autonomous systems domestically, consists of laws and regulations that seek to protect health and safety of Australians. Compliance with these laws is important to ensuring that the ADF will be in a position to safely and effectively deploy their assets in armed conflict. The relevant legal rules and principles cover occupational health and safety, civil aviation, environmental, noise and privacy. Incorporating the restrictions posed by these frameworks is part and parcel of the job of designers and developers. Even with the likelihood of policy changes towards facilitating greater autonomy in the future, many health and safety limitations will continue to apply.

There is a further overarching issue. Currently, autonomous aircraft are excluded from deployment by the ADF under the Defence Aviation Safety Regulations (DASR). These regulations require that an uncrewed aerial vehicle be controlled by a qualified remote pilot and that remote pilot “intervention” be possible at “all stages of the flight”. That said, the DASR are relatively simple to amend – there is a six-monthly update cycle under the direction of the Defence Aviation Safety Authority. Accordingly, the requirements for remote pilot intervention could be easily removed if that was the direction in which government wished to take the ADF.

Earlier this year, the Euro Hawk, a German uncrewed military surveillance aircraft, found its final resting place at the Bundeswehr Military History Museum at Berlin-Gatow Airfield. Far from being an aircraft that had completed years of service, the nearly US $800 million project, beset with complications, was cancelled without the aircraft every entering service. Among the reasons for this decision was the consideration that the aircraft could not be cleared to fly in European airspace. The problems included that the aircraft did not have the required on-board “sense and avoid system” to avoid collisions.

Defence, defence industry and the wider Australian community should take heed of this experience as they continue on the path towards greater autonomy in military systems and ensure that law, policy and community understanding is consistent with the use of any items on the shopping list.

Ultimately, in the design and deployment of any new means or methods of warfare, or indeed in any platform that the ADF seeks to deploy, it is imperative to consider legal constraints and requirements, and, more generally, where Australia stands in relation to the continuum towards greater autonomy.

Previous Article
Australia’s wartime seaborne trade: insights from before
Next Article
When you’re in a hole, stop digging: Australia and the nuke sub deal

When Theresa May appointed Boris Johnson Foreign Secretary it was viewed by some as unexpected proof that she had a sense of humour.
Milton Osborne 9 Mar 2017 08:39

Is McMaster a man who knows how to deal with top US military leaders simply because he had exposed their weaknesses in his book?
John Lee 31 Mar 2017 12:21

The skills these individuals pick up in Western countries help to plug gaps created by well-known shortcomings in China’s education system and corporate culture.