Making a murderer: the assassination of Kim Jong-nam 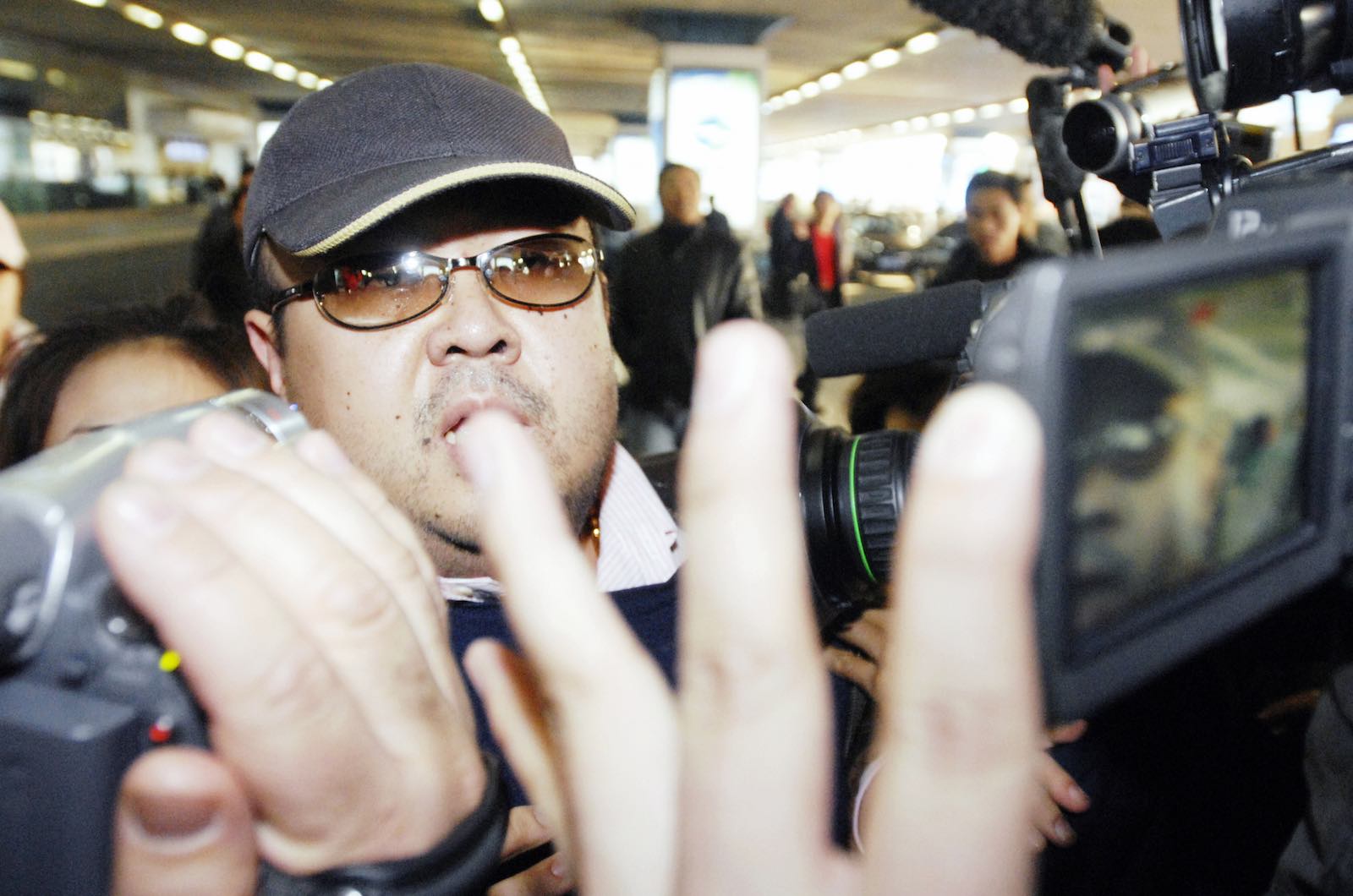 Will the hunt for the apparent masterminds behind Kim Jong-nam’s killing continue? (Photo: The Asahi Shimbun via Getty)
Published 10 Apr 2019 06:00   0 Comments

Ultimately, Malaysia didn’t allow detail to get in the way of diplomacy, with state relations coming first.

Vietnamese national Doan Thi Huong and Indonesian Siti Aisyah say they were duped into believing they were part of a prank TV show when they smeared the nerve agent VX on Kim Jong-nam’s face at Kuala Lumpur airport in February 2017. The two women faced death by hanging if found guilty of murder.

The very public attack set diplomatic relations on edge among the Asian states dragged into North Korea’s power feuds. For its part, Malaysia has been accused of enabling the real assassins to go free while allowing two innocent women to take the rap.

As the prosecution presented its case to the Shah Alam High Court last year, Reuters reported Kim Jong-nam’s status as half-brother to North Korean Supreme Leader Kim Jong-un barely got a mention. By the fourth week of the trial, prosecutors had also failed to mention the four North Korean men who were subject to an Interpol red alert, co-prime suspects who remained in the wind.

The question of who (the victim) is related to is only relevant when trying to determine the motive, but it’s up to the prosecutors if they want to avoid having to prove a conspiracy involving the head of state of a foreign government.

The defence phase of the trial had been expected to begin on 11 March, with Huong set to testify. But without offering a reason, in March the prosecutor requested the murder charge against Aisyah be dropped. While she returned home to Indonesia, Huong remained on the hook.

Huong’s lead counsel Hisyam Teh Poh Teik told the court: “[T]he decision not to withdraw is perverse. It does not speak well of our criminal justice system … It’s very obvious, my lord, that there is discrimination.” But last week, Huong was offered the opportunity to plead guilty to a charge of “causing hurt”. With sentencing adjustments, she is expected to walk free next month.

The apparent embarrassment caused by Kim Jong-nam’s 2001 attempt to visit Disneyland Japan using a Dominican Republic passport effectively forced him into exile. As the eldest son of former Supreme Leader Kim Jong-il and the heir apparent in North Korea prior to the Disneyland debacle, he was no stranger to assassination attempts. Kim Jong-nam had with him a dozen vials of antidote for poisons such as VX and insecticides on the day he died.

Even in death, Kim Jong-nam continued to be a source of political chagrin. Malaysian police found themselves investigating attempts to break into the morgue where Kim Jong-nam’s body was being held, after the government refused to hand it over. Malaysia expelled the North Korean ambassador and cancelled visa-free travel for North Koreans. In response, Pyongyang “held hostage” nine Malaysians, including embassy staff.

Indonesia and Vietnam were also displeased that their citizens were facing death for what was seen as a North Korean act of aggression.

But ultimately, Malaysia didn’t allow detail to get in the way of diplomacy, with state relations coming first. The public prosecutor announced Huong was offered the reduced charge following pleas from the Vietnamese government, while Malaysia’s Attorney-General Tommy Thomas wrote to Indonesia’s Minister of Law stating Aisyah’s charges were dropped after considering “the good relations” between the two countries.

The international assessment has been unambiguous: this is a win for North Korea and a blemish on Malaysia’s justice record. The Guardian headlined the saga “How North Korea got away with the assassination of Kim Jong-nam”, the Associated Press stated “Detailed and public, Kim Jong Nam murder may never be solved”, while Business Insider breathlessly declared “The borderline-unbelievable assassination of Kim Jong Nam could be a mystery forever after the trial of his alleged killers finishes with no testimony from either defendant”.

Sung-Yoon Lee, professor of Korean studies at Tufts University, said the apparent closure of the case will have a chilling effect on critics of North Korea.

This case once again exemplifies North Korean exceptionalism – that is, international laws and norms don’t apply to the weird but belligerent North Korean state.

It will remain to be seen whether Huong and Aisyah, two women who were working in Malaysia’s “entertainment” industry, will be safe from further interference.

The question now is whether the hunt for the apparent masterminds will continue. The consensus seems to be that the matter will be laid to rest now that a migrant woman with dreams of becoming a singer has been comprehensively marked as the scapegoat.