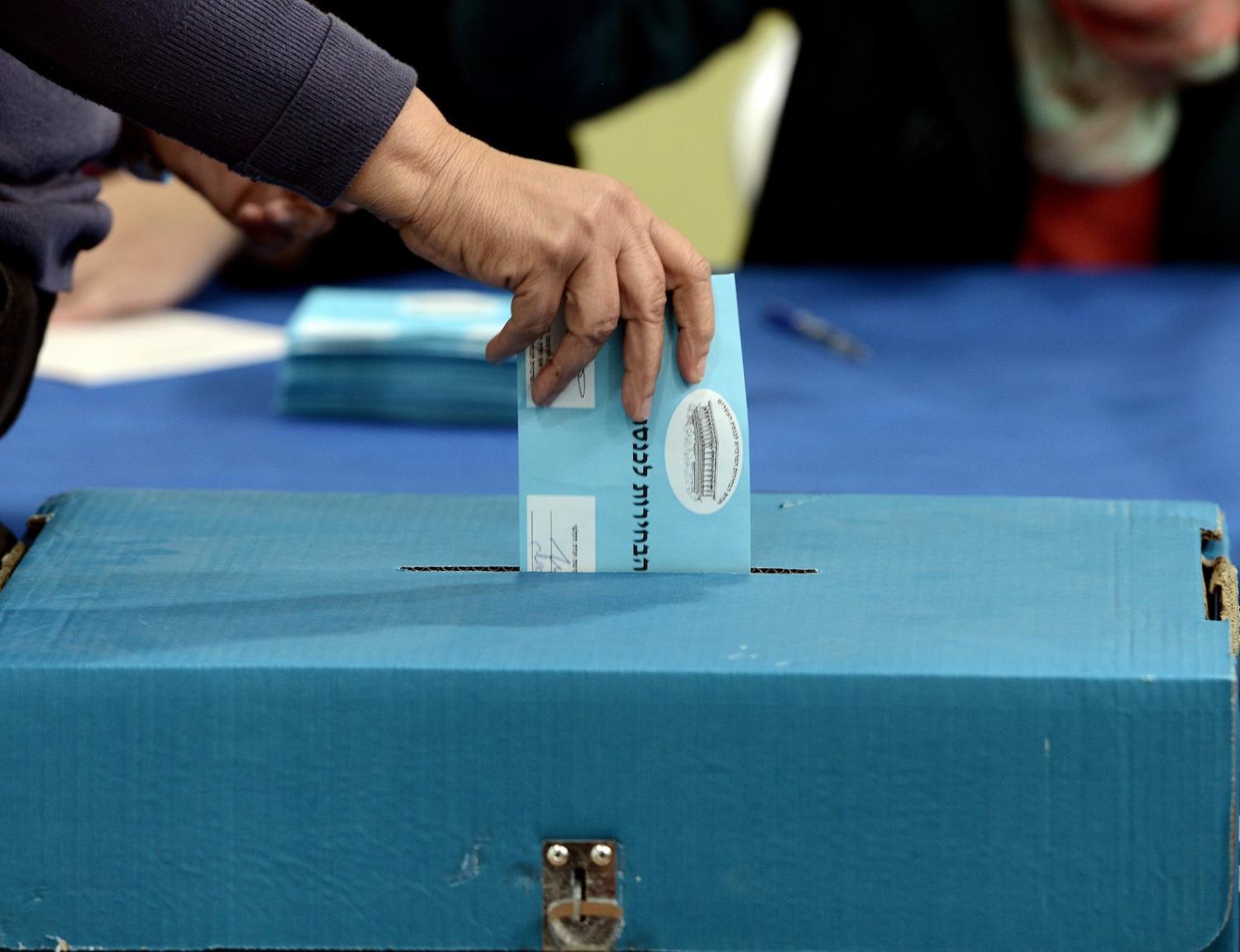 Will Israeli voters buck the trend of distrust for the status quo? (Photo: Salih Zeki Fazlioglu via Getty)
Published 9 Apr 2019

The likely outcome of the Israeli elections, held today, reflect the global geopolitical themes of increasing nationalism, and rejecting the moderate centre of politics. At the same time, however, they seem to be bucking the trend of “corruption anxiety” and distrust of the status quo.

If Prime Minister Benjamin Netanyahu is re-elected, it sends a strong signal that the Israeli people are prepared to overlook corruption allegations against him in order to maintain national strength and unity. If he is later found guilty, Israel will enter an unprecedented period of political uncertainty.

Israel seems to reflect geopolitical trends as played out across the world in its rejection of moderate centrism, and increasing nationalism.

The election will be a tight race. The governing coalition led by Netanyahu currently control 61 out of a possible 120 seats. Netanyahu’s Likud party has forged an alliance with a far right ultranationalist faction in an effort to retain power.

His main opposition is the recently-formed Blue and White alliance, headed by retired army chief Benny Gantz and former news anchor and journalist Yair Lapid. Gantz is perhaps the only individual with the kind of strong security credentials that can rival Netanyahu, and he is positioning himself as an honest alternative.

In a political environment dominated by right wing ideologies, the Blue and White alliance is seen as a more centrist alternative to Netanyahu’s centre-right Likud party. Gantz is known to lean left on socio economic matters but right on security issues. The second half of the alliance, the Yesh Atid party, is known for its stance on equality in education and its opposition of military draft exemptions for the ultra-Orthodox. Lapid also supports civil marriage in Israel, including between same-sex couples. One of the Blue and White alliance’s signature policies is to amend the controversial Nation-State Bill that declares Israel the state of the Jewish people alone.

As for other parties in the race, right wing libertarian party Zehut is also gaining traction among voters. The Zehut party, led by Moshe Feiglin, is running on a platform of legalising marijuana, economic freedom and annexing the West Bank. In what could be seen as further evidence of a shift further towards the right, the Labor party is currently projected to lose seven of the 18 seats it currently holds. The Labor Party is known for its support of the Israeli-Palestinian peace process.

In his attempt to form government, Netanyahu will likely call on the Right-Center bloc of Likud, New Right, Union of Right-wing Parties (URP), United Torah Judaism, Shas, Kulanu, Yisrael Beytenu and Zehut for support. Should Netanyahu, beleaguered by allegations of corruption, manage to form government it will further reinforce the dominance of the right wing parties and the rise of nationalism in Israel.

In recent years, Israel’s budget deficit has increased because of popular policies such as tax cuts and liberal spending from Netanyahu and his finance minister, Moshe Kahlon. This had led to speculation that Israel could be facing tax hikes and a reduction in spending regardless of who forms government. The Bank of Israel is warning that Israel’s economy could be heading for a significant slowdown due to Israeli exports being affected by weak global growth.

Israel seems to reflect geopolitical trends as played out across the world in its rejection of moderate centrism, and increasing nationalism. Despite Blue and White’s popularity, and Netanyahu’s troubles with the corruption charges, Netanyahu is still likely to appeal to a society that feels it is under siege. However, in spite – or perhaps because of this – Israeli voters do not seem inclined to get on board the “out with the old, in with the new” bandwagon.

Netanyahu is seeking, and is likely to achieve, a record fifth term as Israel’s Prime Minister. In the event that Netanyahu does manage a victory and is subsequently found guilty on criminal charges, Israel political uncertainty is assured.

Previous Article
US bipartisanship on Asia
Next Article
Making a murderer: the assassination of Kim Jong-nam

The small country’s decision to stand against Russia underscored its democratic credentials in a region without many.