Man on a mission: Biden’s withdrawal from Afghanistan

The removal of US troops from Afghanistan was in Joe Biden’s sights long before he was president. But what next? 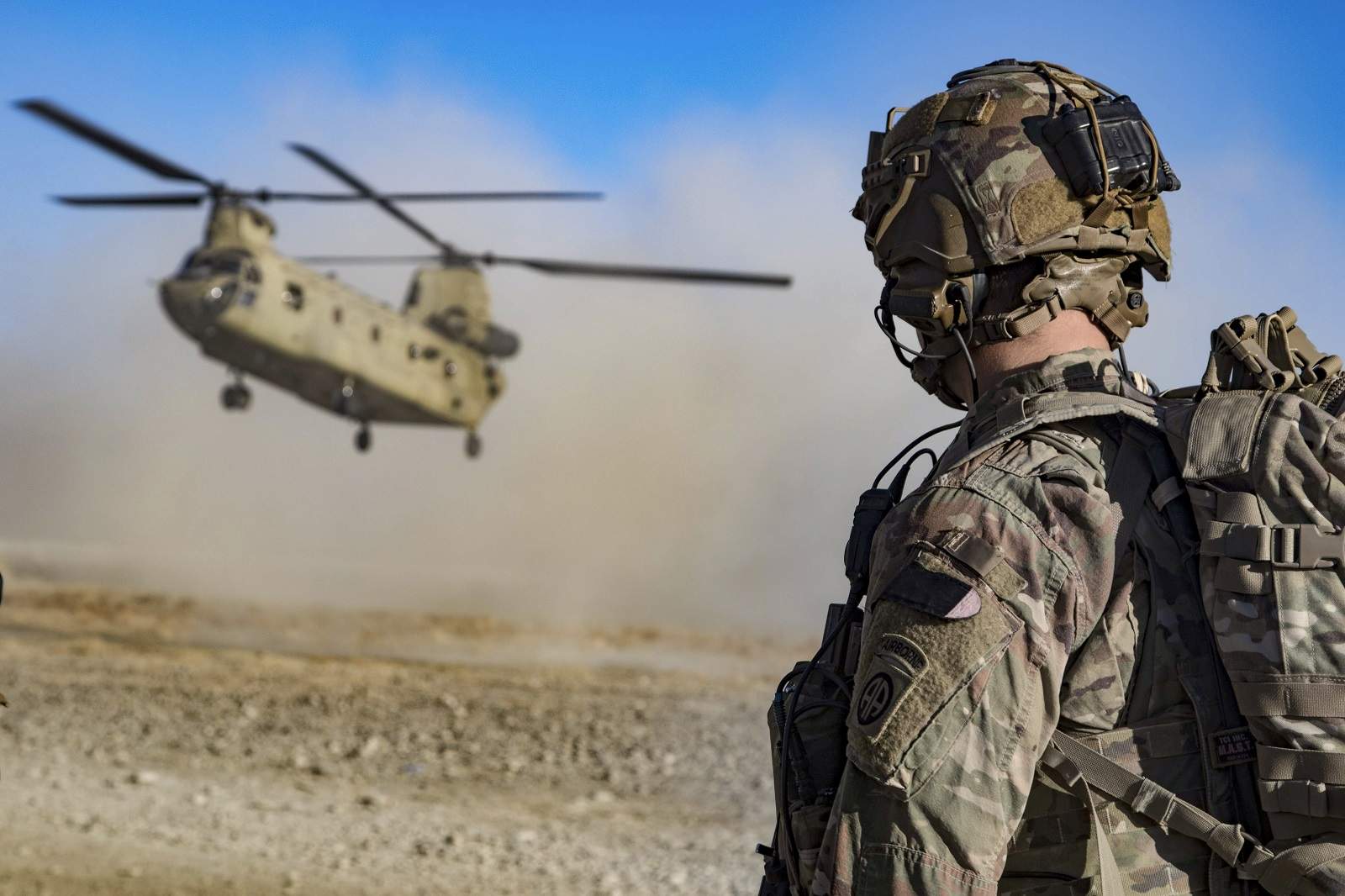 Biden views the costs of the war in Afghanistan as cumulative and has long advocated for a policy that would bring closure. A chinook lands in southeastern Afghanistan, Dec 2019 (Army Master Sgt Alejandro Licea/US Dept of Defense)
Published 3 Aug 2021 12:00   1 Comments       Follow @erinehurley

President Joe Biden’s decision to withdraw all combat troops from Afghanistan in a short space of time aligns with the priorities of the Democratic party, but it would be a mistake to view the decision as ideological and impetuous. Since Biden’s opinion on American involvement in Afghanistan has been relatively fixed for a decade, it would instead be fair to characterise Biden’s approach as stubborn. But that doesn’t mean he’s wrong.

Ending the “forever wars” has been a rallying cry on the progressive left in the United States since George W. Bush’s presidency, but the war in Afghanistan is not currently a burning issue in the public psyche. Democrats are focused on passing key parts of Biden’s ambitious domestic agenda while they maintain a slim majority in the Senate.

Americans in general are not unanimously war-weary and clamouring for an exit. Recent and historical polling reflects ambivalence and uncertainty among Americans, suggesting that there was political space for Biden to delay the Afghanistan decision.

“What I see now, sadly, is the onset of what is going to be quite a brutal civil war, considerable ethnic and sectarian displacement, assassination of government officials, millions of refugees.” – David Petraeus

In his speech announcing the withdrawal of US combat forces in April, the president argued that the Trump administration’s agreement with the Taliban represented a binding commitment and that failure to adhere to it would lead the Taliban to target remaining American forces.

Critics of Biden’s decision suggest that there was room to move diplomatically since the Taliban had already abrogated that agreement. Whether true or not, the agreement simply provided Biden with the opportunity to carry out the withdrawal. It was not the source of his certainty about the policy.

General David Petraeus, who managed the war effort in Afghanistan as CENTCOM Commander and then as the Commander of US and allied forces on the ground, summed up the most compelling case for remaining in Afghanistan in a recent interview:

We had – what I would argue – is a way of managing this…You cannot win in Afghanistan…We did accomplish quite a bit during that period of additional forces: we halted the momentum of Taliban, we rolled it back in key areas…we accelerated the training of the Afghan national security forces, and we began the process of transition of tasks slowly from our forces to Afghan forces. And that worked well for a number of years.

We were at a point where we had 3,500 troops on the ground. Surely that is sustainable in terms of the expenditure of our blood and treasure. That brought us 8,000 coalition forces; it enabled all the contractors who enabled the Afghan Air Force…

What I see now, sadly, is the onset of what is going to be quite a brutal civil war, considerable ethnic and sectarian displacement, assassination of government officials, millions of refugees…We will see the return of al-Qaeda and the Islamic State though I don’t see an immediate domestic security threat for the US in that regard…And we will see the reestablishment of the kind of medieval ultra conservative Islamist regime that was the Taliban.

In the absence of intense domestic pressure and with the knowledge of what America’s departure would mean for the people of Afghanistan, what explains Biden’s insistence on a full withdrawal now?

Looking closely at the case laid out by Petraeus, we can see that Biden’s rejection of the argument for staying reflects a fundamental disagreement over costs and benefits. In his public comments on Afghanistan, Biden emphasises his sheer exhaustion with the use of American military force to provide what he views as short-term stability to Afghanistan and second-tier security benefits to the United States. As he puts it: “I will not send another generation of Americans to war in Afghanistan with no reasonable expectation of achieving a different outcome.”

But the key disagreement between Biden and Petraeus lies in how they interpret the costs in this moment. Biden views the costs as cumulative and, in the role that he has assumed as America’s healer-in-chief, is advocating for a policy that would bring closure to the war in Afghanistan.

Americans’ ambivalence about Afghanistan is partly a function of the extent to which America’s post-9/11 wars have not represented a shared sacrifice. The wars were funded through deficit spending and fought by the less than 1 per cent of Americans who serve in the armed forces. But Joe Biden’s child served in combat (as did Petraeus’ son), and Jill Biden spent years working with Michelle Obama on initiatives to support military families.

On 8 July, Biden made a rare formal appearance before the press to defend the Afghanistan withdrawal.

The high cost of America’s post-9/11 wars has become increasingly evident in recent years. For example, many who enlisted in the National Guard – a part-time reserve component of the US armed forces – after 9/11 were expecting and anxious to go to Afghanistan but not prepared to make multiple tours to Iraq and Afghanistan over a 20-year period.

The phenomenon of coming home and attempting to reintegrate into normal life, only to go deploy again, created an additional level of trauma for those who had been in combat zones facing improvised explosive devices (IEDs) and the possibility of a traumatic brain injury. Many returned after multiple tours injured, broke, divorced and/or otherwise unable to cope. The Costs of War project recently reported that in addition to the 7,057 American service members who died during military operations since 9/11, a total of 30,177 service members and veterans have committed suicide.

On 8 July, Biden made a rare formal appearance before the press to defend the Afghanistan withdrawal. He showed no signs of wavering on his policy despite news that the Taliban was rapidly gaining ground. Biden pushed back on the idea that a Taliban takeover was inevitable, but he acknowledged that the United States needed to expedite efforts to relocate Afghan translators and that Afghan women and girls had reason to be very concerned about their future.

In this brief session, the president didn’t directly answer questions about how Americans should feel about the end of the longest war: Was it all for nothing? How can we leave the Afghans to suffer? For those of us who don’t share Biden’s certainty, I think it’s because we can’t quite let go of the idea that a different ending was possible.