Insistence on bilateralism and a lack of consensus has conflict resolution looking dire for the contested state. 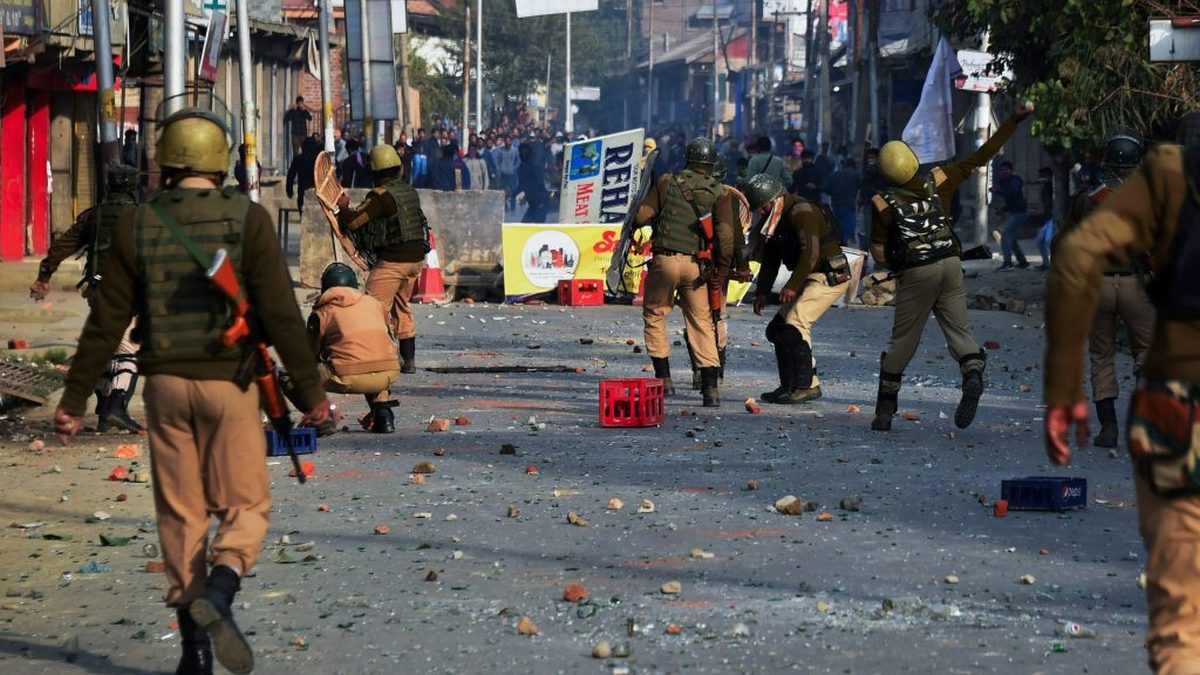 Fruitful meeting of JRL with Mr Kjell Magne Bondevik,Ex Prime Minister of Norway. As Norway is known to play a constructive role in conflict resolution across the globe urged Mr Bondevik to help in ending the daily killings and urgent resolution of the festering Kashmir dispute pic.twitter.com/gUWEUKcUF8

Opposition leaders questioned the government over the motive behind these meetings and the possibility of a mediation effort by Norway. Foreign Minister Sushma Swaraj was quick to refute the rumours, reiterating India’s traditional stance of non-interference and aversion to foreign mediation in matters regarding Kashmir.

The opposition remained dubious and the subsequent visit by Norwegian Prime Minister Erna Solberg to New Delhi in January sparked more questions. Though Solberg clarified that Norway would not get involved without the consent of India and Pakistan, these rumblings brought attention back to a possible mediation effort in Kashmir.

All this in the background of a deteriorating security situation, incessant militant attacks, civilian and armed forces casualties, and growing discontent among civilians with the lack of government initiative.

The continuing conflict in Kashmir is simultaneously about territory, nationality, and political ideology. The conflict has led to significant civilian casualties as a direct consequence of the violent struggle between separatist forces and Indian armed forces. The potential for a nuclear conflict between the two neighbours has also brought international attention to the conflict.

Guided by the 1972 Simla Agreement, India’s Kashmir policy has been characterised by an emphasis on bilateralism and resistance to any international third-party mediation. Pakistan, on the other hand, has frequently attempted to bring international attention to the dispute, an attitude that continues to irk Indian policymakers. Sporadic attempts to resolve the dispute have included bilateral dialogues, most notably the Composite Dialogue process from 2003-2008 (involving consideration of all disputes between India and Pakistan), back-channel negotiations, and civil society dialogues. A structured dialogue process, however, has been neither successful nor sustainable.

While India has been steadfast in resisting international mediation, this is not to say international actors have failed to take an interest in the conflict in Kashmir.

In the earliest years of the conflict, mediation was attempted through the UN Commission on India and Pakistan, followed by the 1965 Tashkent Declaration brokered by the Soviet Union. Since the turn of the century, the US has also begun to take a keen interest in the dynamics of the sub-continent and played a crucial role in mitigating tensions after the 1999 Kargil War and the border confrontation in 2002. The US also supported the Composite Dialogue process, however, after the attacks on Mumbai in 2008, the momentum for the Kashmir centric confidence-building measures and dialogue on key issues was lost and India and Pakistan were once again back to their traditional tango.

Any hopes for international mediation on Kashmir were quelled when India reacted strongly against an offer of mediation by then US President Barack Obama. Since then, the US has cautiously side-stepped the issue of Kashmir to avoid annoying India. When Nikki Haley, former US Ambassador to the UN, hinted at a possible US mediation by the Trump administration in April 2017, Delhi again reacted with hostility.

While dialogue has halted, violence has risen. This has been the case particularly since 2014 and has been exacerbated by the lack of political action and stability.

There has been a total disregard for the 2003 ceasefire at the Line of Control; in fact, 2017 is documented as the worst year for relations since the ceasefire in 2003. Delhi’s policies have been tested by a renewal of militant attacks and civilian unrest in the state. Between March 2014 and 2017, there were 795 militancy-related incidents in which 397 militants were killed while 64 civilians and 178 security personnel lost their lives.

The alliance between the Hindu Nationalist Bhartiya Janata Party (BJP) and the Jammu and Kashmir People’s Democratic Party (PDP) was an unlikely partnership that held hope for a resolution in the state. But ideological differences led to the break-up of the alliance in June 2018 and President’s rule was imposed in December 2018. The imposition of President’s rule has paved the way for the union cabinet to make all policy decisions for Kashmir and has further dampened any hopes for peace. Political rhetoric against Pakistan is also at an all-time high owing to Indian parliamentary elections scheduled for later this year.

Indian and Pakistani leaders, as well as the local leadership in Kashmir, have failed to articulate a strategy to come to the negotiating table. The Modi government’s tough stand on militancy in the valley has also not yielded much success and the rifts between power centres in the region are stronger than ever.

To overcome this impasse, international mediation should be considered. Norway has a track record of successful mediation and it has little-vested interest in the conflict in Kashmir.