Militia blues: How many more armed groups does Afghanistan need?

A collective amnesia appears to have taken hold about the wisdom of standing up yet another militia. 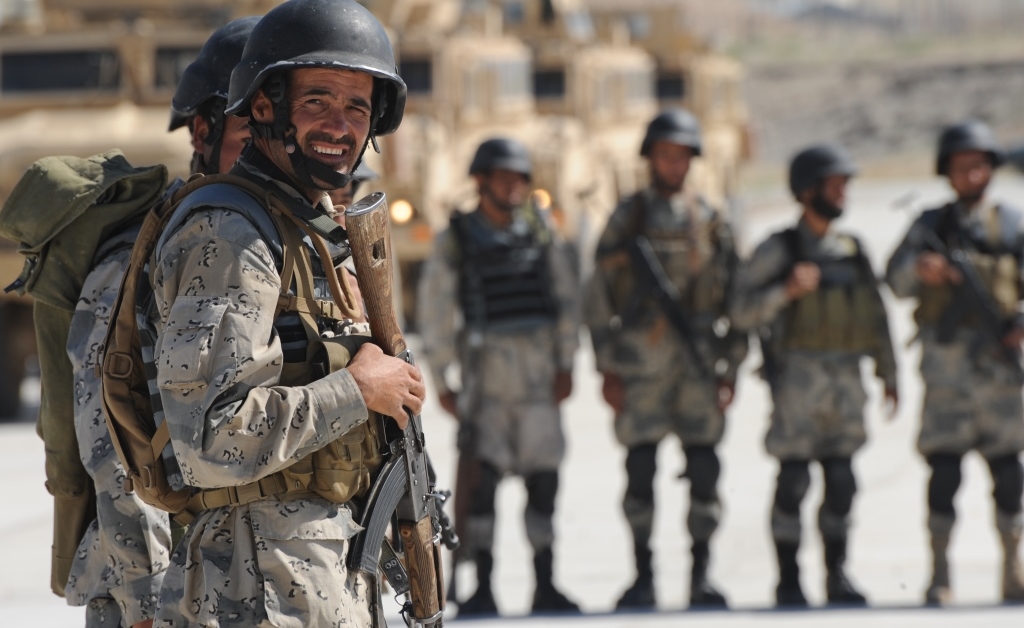 For long-time observers of Afghanistan, déjà vu happens with such frequency that one feels trapped in a never-ending farcical nightmare.

This is why news of a mid-September visit to India by a joint US-Afghan military delegation to see whether the model of the Indian Territorial Army could work in Afghanistan was met with horror and disbelief. Surely standing up yet another militia was not being seriously considered?

Afghanistan already has, and has had, several versions of such a force to support the struggling Afghan National Security Forces (ANSF), among them the Afghan Local Police created in 2010 by US Special Forces after toying with several prototypes since 2005, and the more recent ‘National Uprising Groups’ set up in 2015 by Afghanistan's National Directorate for Security (NDS). The mandate of the proposed new force seems identical to these groups: to provide security in areas where the ANSF has not managed to do so.

So why yet another security force?

The urge may be due to some form of collective amnesia, akin to the one that befell US Special Forces when it started exploring village security stability operations (VSOs) in Afghanistan around 2005. Though billed as an Afghan solution to an Afghan problem, similar structures had been tried unsuccessfully during the Vietnam War by the Central Intelligence Agency. Then there was the again unsuccessful Sunni Awakening and the Sons of Iraq Program. And of course, the US is not the first foreign government to try a militia experiment in Afghanistan, with similar efforts by the Soviet-backed communist government in Afghanistan during the 1980s, the success of which was neatly summarised in a RAND report:

To this day, some Afghan former government officials from this period feel that the dependence on local and tribal forces, at the expense of regular forces and the formal government structure, was what eventually led to the collapse of Afghanistan’s government in 1992.

Thus, there is clearly a problematic logic in place, or a great deal of wishful thinking that keeps US military continuing in its quest for the ‘right’ militia where others failed. But if earlier pro-government militias did not keep the Taliban and Islamic State at bay, why would yet another militia achieve it?

The motivation of some Afghan government actors is easy to understand: money and power. Afghanistan's NDS has long hoped that its irregular Uprising Forces might be paid for by foreign funds (as all other formal Afghan Security Forces, including the Afghan Local Police, already are). Thus perhaps the notion of an Afghan Territorial Army might simply be a way to formalise existing irregular pro-government militias so that big brother America will pay up.

For anybody who has followed Afghan politics, red flags should go up with news that the new Afghan Territorial Army is to be piloted in Nangarhar province, an area that has become a stronghold for Islamic State. Nangarhar includes Achin district, the site of several failed local defence mechanisms, all captured by local powerholders who used US military support to serve their own interests. In a recent paper, Nick Miszak and I explore exactly why these local militias failed in Achin (and Uruzgan province) but worked elsewhere. It depended on how it was rolled out, who was involved, and previous local experiences with similar traditional security mechanisms as well as community cohesion and the strength of local accountability mechanisms. It is worth reiterating our conclusions.

First, the success of local defence bodies depends strongly on context, and thus should be grounded in a thorough understanding of what and who is 'local'. In Afghanistan, as pretty much elsewhere, all politics are local. A simplistic and reductionist view of what is ‘local’ or ‘tribal’, or conflating both, spells trouble. The more competitive the environment, the less likely it is that local defence bodies will benefit a district and the more likely that they will benefit individual commanders.

Secondly, such mechanisms only work when there is a strong accountability system attached, whether traditional or modern or both. Without accountability, men with guns tend to work largely for their own benefit and that of their patronage networks. The UN Assistance Mission in Afghanistan Civilian Casualties reports on the Protection of Civilians in Armed Conflict are telling in this regard: 'as in 2016, pro-Government armed groups continued to carry out human rights abuses with impunity'. One also needs to consider the repeated accusation that the practice of ‘bacha bazi’ (using boys as sex slaves) is rampant in the Afghan armed forces; having a ‘boy toy’ is a status symbol for commanders.

Third, there is the need for inclusive processes and cooperative rules-based order. Where these do not exist, competition prevails (see point 1).

All this shows why it is never easy to take something that worked ‘elsewhere’ and make it work in a new context. That was a key problem of the Afghan Local Police, which was modelled distantly on traditional tribal policing known as ‘arbakai’ (here RAND Corporation advisors to US Special Forces were happy to ignore research, including by myself and Masood Karokhail, that cautioned against taking such mechanisms out of their context of strong tribal and governance structures).

It is also worth noting that the Indian Territorial Army functions very differently from Afghan militias. From the little one can find about this body online, there seems to be a great deal of vetting, strict education requirements and a need to show prior employment experience. It is unlikely that an Afghan version would be able to live up to these requirements; certainly the ALP has struggled in this regard.

It is time to stop our romance with a ‘militia solution’ and understand that an increasing fragmentation of fighting groups rarely leads to success. When it comes to militias, one really should learn from Afghan history, else we are doomed to repeat it over and over again.