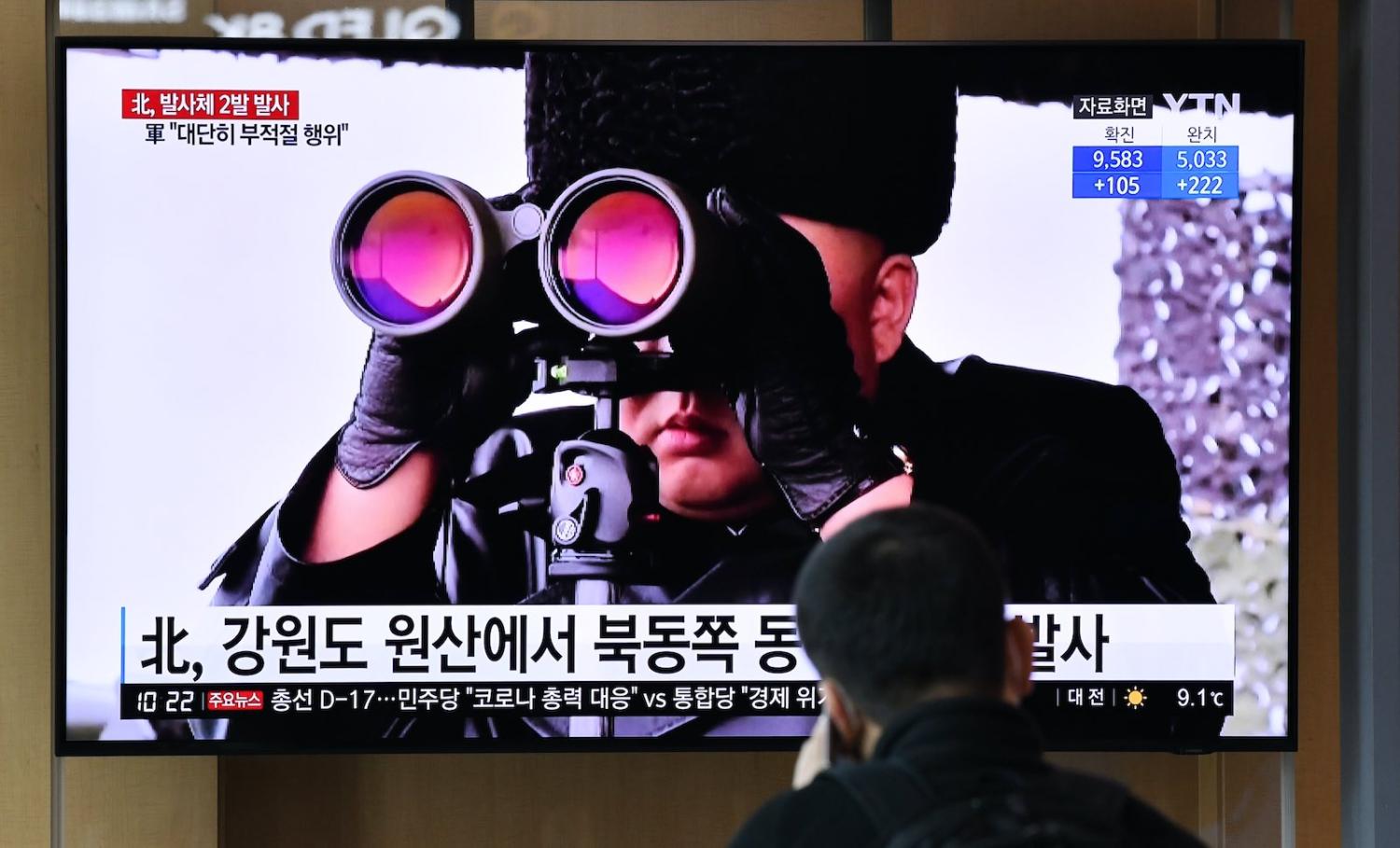 On 10 October, North Korea added to the woes of 2020 with an enormous military parade that revealed, among other weapons, what appeared to be an enormous new road-mobile intercontinental ballistic missile (ICBM) and a new submarine-launched ballistic missile (SLBM). These weapons, dubbed the Hwasong-16 and Pukguksong-4, were subject to a cornucopia of commentary on their strategic impact and technical characteristics, including their respective liquid-fuelled (Hwasong-16) and solid-fuelled (Pukguksong-4) designs.

The type of propellant is important because it affects each missile’s chance of a launch in wartime. A solid-fuelled missile is essentially a giant firecracker, ready to go at a moment’s notice. But a road-mobile liquid-fuelled ICBM must typically be filled at its launch site, possibly taking hours, giving enemies time to find and destroy it.

While the various analyses are authoritative and logical, few if any take the time to explain how they identified the missiles as liquid- or solid-fuelled – or to clarify these assessments are probable but not conclusive. This is unfortunate, because giving more observers some technical knowledge would enable more potential sources of insight, and providing caveats where appropriate helps retain public confidence, should assessments prove wrong.

Would North Korea build a large, complex and expensive missile based on a solid motor is has never tried? This seems unlikely, even given the Hermit Kingdom’s often strange behaviour.

With this in mind, its useful to review a few key indicative propellant identification methods, especially those that reflect first principles in physics or financing that can hence be applied to weapons the world over.

As a first example, it might seem curious why a Hwasong-16 would be filled at a launch site, rather than travel there fully fuelled from one of North Korea’s underground missile bases. The answer is physics.

In short, missiles are made as light as possible, because every kilo of unnecessary mass subtracts from their range or warhead capacity. As a result, ICBMs are relatively fragile. Hence the Hwasong-16 will likely travel empty, as a bumpy road trip while fully filled would place huge strains on its ultralight airframe (which is also the fuel tank, to save weight), risking springing leaks. To give some idea of the fuel impact, the filled Hwasong-16 likely weighs up to 110 tonnes, and around 85% of a rocket’s mass is usually fuel. And while heavier, tougher structures could tolerate rough handling, they are avoided in practice to avoid increasing mass.

Second, a liquid propellant missile needs some way to be fuelled, obviously. And along the Hwasong-16’s spine there are yellow and red circles. North Korea’s rocket program has a Soviet heritage, and these were the USSR’s colour codes for liquid fuel and oxidiser, respectively, so the disks are highly likely to indicate fuelling ports. Such features are absent on the Pukguksong-4.

Yup, definitely tank lids. On top of the horizontal missile, but mid-tank if vertically standing, thus indicating fueling at horizontal state. And yellow is Soviet code for fuel (red is oxidizer), which aligns with the expected tank volumes for fuel and ox with NTO/hydrazines. pic.twitter.com/9M4sTXc80u

Third, the Hwasong-16’s airframe is visibly composed of multiple sections joined together. This reflects a typical method of building lightweight liquid fuel tanks: taking thin sheets of metal and welding them. While weld seams could be concealed, such as by layers of paint, this would add weight for no benefit.

In contrast, the Pukguksong-4 has a smooth skin. This is typical of a solid-fuelled missile where the propellant has been slid into a painted one-piece casing made of high-strength metals, or even lighter and stronger composite materials, such as carbon fibre.

One-piece casings are used for solid fuels due to rocket design and casing production reasons. So, while liquid tanks only store propellants, the casing both holds the firecracker in place and is the combustion chamber where it burns, hence being subjected to high heat and pressure. Thus, for casings made of metals, one thick-walled (compared to liquid tanks) steel tube section is used to provide strength while minimising the number of welds that might fail under flight stresses. And for composites, these are inherently made in one piece on large filament winding machines.

Why aren’t such designs used for liquid-fuelled missiles? Mass and money play important roles. One-piece metal tubes are hard to produce with very thin walls, particularly for large rockets – something relatively easily and cheaply done with welding. And pure composite tanks don’t generally do well with highly reactive rocket fuels, needing an expensive ultra‑slender metal lining to match their relatively complex shape. In contrast, solid propellant rockets can use a simpler cylindrical sleeve to separate the casing from the fuel.

Finally, there is simply the issue of risk. While North Korea has demonstrated solid propellant motors in SLBM size, it has very limited (if any) experience with such engines on a scale suitable to launch a Hwasong-16. On the other hand, North Korea is widely believed to have procured (or even domestically copied) examples of the powerful Soviet RD-250 that could meet such needs nicely.

Hence, again, cost enters the equation. Would North Korea build a large, complex and expensive missile based on a solid motor is has never tried? This seems unlikely, even given the Hermit Kingdom’s often strange behaviour.

So, overall, there are multiple ways to assess a rocket’s likely propellants. This includes other means beyond those mentioned. But the ones used here are based on fairly immutable matters of physics and money relevant around the world. Hence, missile-watchers can turn these concepts towards whatever new weapons North Korea or any other nation might deploy in the years ahead.

India is increasing competing with China in its neighbourhood, so helping out in a crisis is a good way to make friends.
Harriet Smith 19 Apr 2017 13:46