The release of hard-line Buddhist monk Ashin Wirathu bodes ill for the rights of the country's religious minorities. 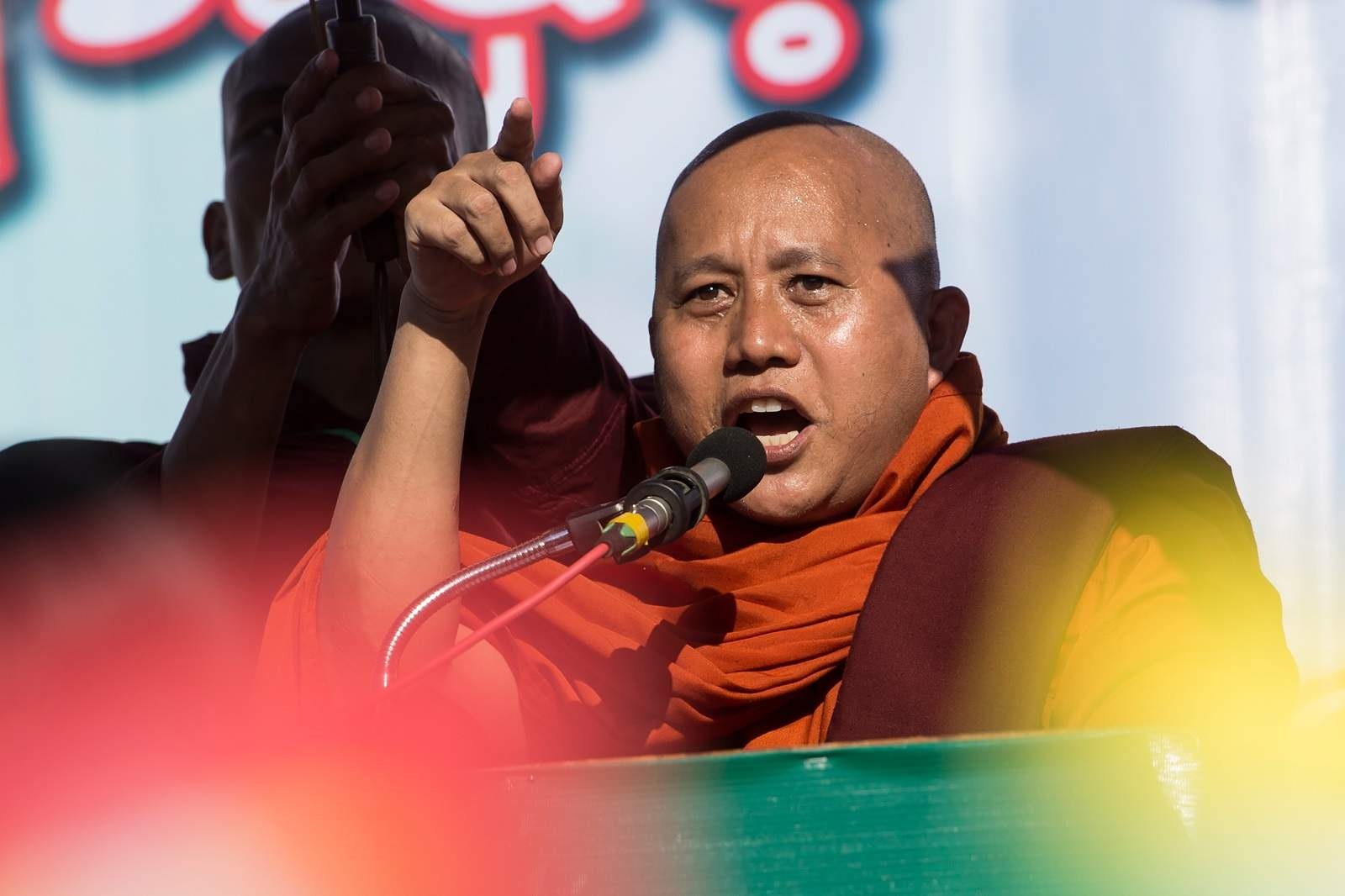 In a surprise move, Myanmar’s ruling military junta announced on 6 September the release from prison of Ashin Wirathu, a controversial Buddhist monk whose sermons have been blamed for inciting anti-Muslim violence over the last decade. In a statement, the military said it had dropped charges against Wirathu of sedition directed towards the previous Aung San Suu Kyi-led government.

No reason was cited for his release. The monk had turned himself in for arrest last November, having been on the run for more than a year. Some reports claim the firebrand religious hardliner had been “pardoned” following a concerted public pressure campaign orchestrated by his nationalist supporters in Myanmar in recent months. He had also reportedly contracted Covid-19 in prison and was “not in good health”.

While Buddhism is rarely associated with extremism or violence, the 53-year-old Wirathu espouses a militant view that justifies the use of force against religious and cultural others, and supports authoritarian regimes. He rose to prominence in 2011, following deadly violence between Buddhist and ethnic minority Rohingya Muslims in the country’s restive western Rakhine state. Wirathu was accused of inciting hate speech against the Rohingyas, who are viewed as having immigrated from Bangladesh illegally, despite many of their families living in Myanmar for generations.

In 2017, attacks by Rohingya militants triggered a brutal counter-insurgency campaign by Myanmar’s army that caused more than 700,000 Rohingya villagers to flee across the border to Bangladesh. The Rohingya issue put Wirathu in the international spotlight. Facebook banned him from its platform in 2018, while the National Monks Council in Myanmar barred him from speaking publicly for a year, although this was not tightly enforced. Until his arrest, Wirathu continued to maintain an online presence and gave speeches around the country.

In fomenting Buddhist-Muslim tensions, Wirathu has adeptly tapped into widespread Buddhist insecurities over the country’s Muslim minorities, which represent four per cent of the population. He formerly led a Buddhist nationalist organisation, the Ma Ba Tha (The Committee to Protect Race and Religion), which seeks to limit Muslim participation in Myanmar society. Ma Ba Tha has been involved in various anti-Muslim campaigns, and has successfully lobbied for laws that limit the civil rights of Muslim minorities in Myanmar. While banned by the previous civilian government in 2017, the group rebranded itself as the Buddha Dhamma Philanthropy Foundation, and encouraged its followers to continue their work under the new moniker.

Wirathu’s unanticipated recent release from prison is set against the backdrop of the turmoil that has engulfed Myanmar since February, when the military seized power from the de facto leader Aung San Suu Kyi in a coup. The coup followed weeks of growing tensions between the military and the ruling National League for Democracy (NLD), the party having won last November’s national polls in a landslide. Following the elections, the military-backed Union Solidarity and Development Party (USDP) had accused the NLD of election irregularities, without offering evidence. In recent months, the military has struggled to impose order. More than 1000 people have been killed in crackdowns on dissent amid nationwide protests and skirmishes between the army, civilian protestors and anti-junta militias.

The concern now is the Tatmadaw – the official name for the armed forces of Myanmar – may seek to exploit its often symbiotic relationship with some Buddhist nationalists to shore up its religious and cultural legitimacy. The military has held a dominant political position in Myanmar for over 50 years. In this time, it has mostly displayed an ambivalence towards the country’s main religion, Buddhism, although successive military dictatorships have been unafraid to draw on nationalism to boost their legitimacy, which in the Burmese context is intrinsically tied to Buddhism.

As a Buddhist-majority country, senior monks in Myanmar have a significant influence over swathes of the Bamar-Buddhist majority.

Indeed, the uptick in Buddhist nationalism, anti-Muslim hate speech and communal violence seen over the past decade was allowed to occur after the military regime that oversaw the country’s democratic transition between 2011 and 2016 lifted restrictions on speech and assembly. Amid recent developments, some local activists say Wirathu’s brand of militant Buddhism dovetails well with the military’s goal of maintaining its grip on power in Myanmar. While his influence should not be overstated, Wirathu could, post release, be given the freedom to reinvigorate his incendiary rhetoric against Myanmar’s minority groups, particularly the persecuted Rohingya Muslims.

As a Buddhist-majority country, senior monks in Myanmar have a significant influence over swathes of the Bamar-Buddhist majority. Prior to his arrest, Wirathu was among the most prominent of the nationalist Buddhist monks, and carried significant political weight due to his large following. He was also viewed as maintaining close ties with the military establishment, although a video released on social media recently showed him complaining bitterly about his treatment by the military-led government while in prison.

The Buddhist sangha in Myanmar is certainly not monolithic. Some monks, for example, opted to protest on the streets against the regime following the February coup. Others were arrested for partaking in anti-junta activities. But for Buddhist nationalists who have backed the army and its crackdown, the coup has presented opportunities. Last November’s national election campaign saw the military-backed USDP party explicitly adopt nationalist themes in its election slogans, including “protecting religion”.

By tailoring its messaging towards Buddhist nationalists, the Tatmadaw has arguably demonstrated its willingness to promote a Buddhist identity in Myanmar, and corral the support of hardliners from the Buddhist sangha, to help reinforce state power. In the current volatile environment, Wirathu’s release, along with other developments, may exacerbate Buddhist nationalism and religious extremist sentiments further in a country with a long history of ethnic tensions.aniel Flitton