Demand has collapsed, storages are filling – yet Asia’s energy markets might not offer producers a financial lifeline. 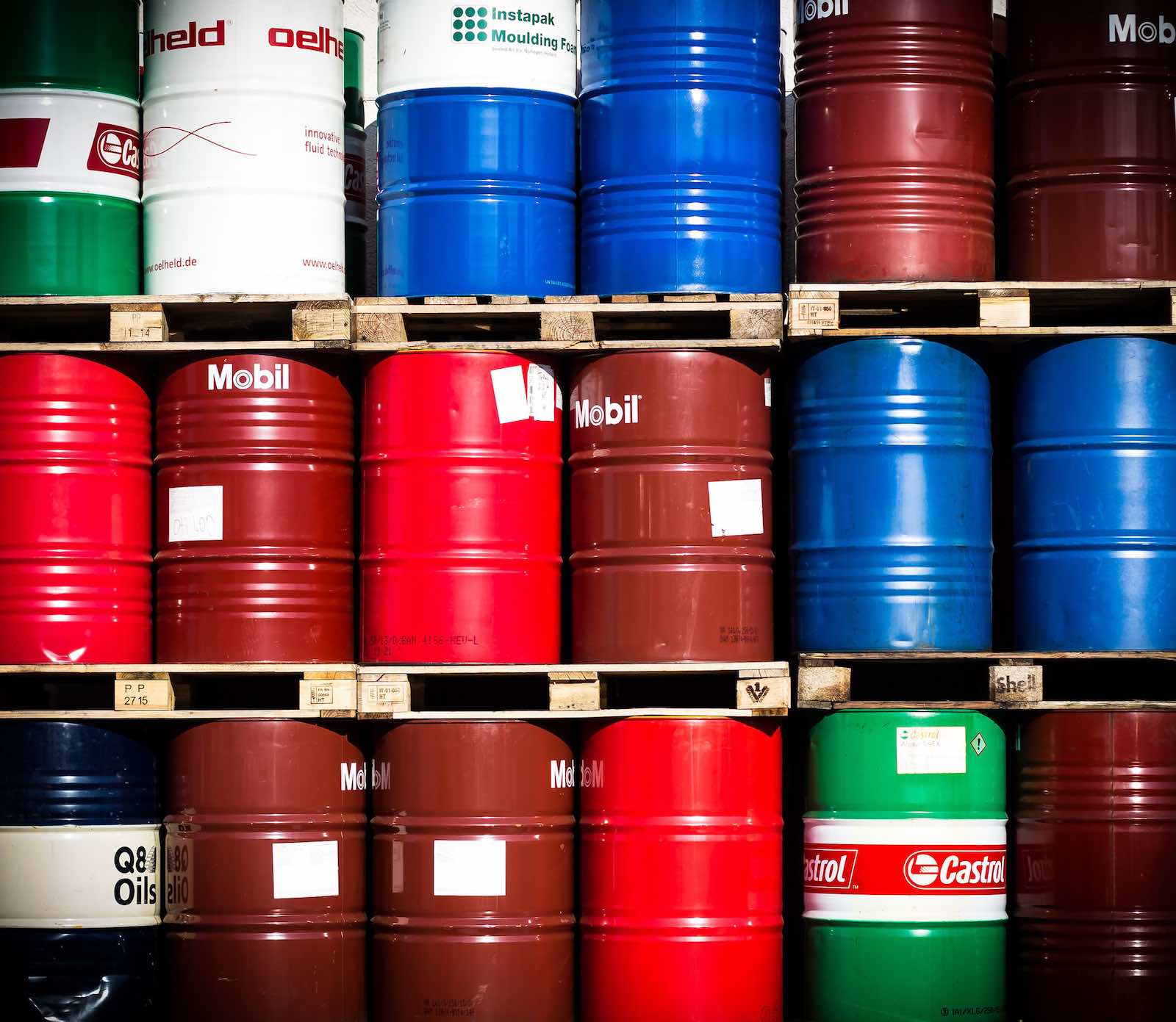 On 20 April 20, US oil futures closed in negative territory for the first time, implying that no one was willing to take physical delivery of some barrels of oil. While the unprecedented price moves were exacerbated by technical market operations, including an excessively large exchange traded fund (ETF) and already clogged pipelines in the United States, the real driver is lack of demand due to Covid-19 quarantines and uncertainty about how these trends will change. Longer dated futures still price in a recovery in oil prices later in the year (though less optimistically than global equity markets), but it could be a very painful adjustment to get there.

In a regional context, this raises important questions about how Asian countries might respond to and be affected by this painful adjustment – and why they may be waiting for any major energy investments.

The obvious manifestation of falling global demand is that storage capacity is filling up. Spare capacity in Cushing Oklahoma, where investors take delivery of barrels, has fallen to less than 20 million barrels according to Kpler estimates, while total capacity including the US strategic petroleum reserve is closer to 200 million barrels, levels that could be filled up in weeks. Available global storage is more ample, but it too is filling up, with at least one in ten tankers serving as a floating warehouse.

Energy market fundamentals are much worse than previous downturns, such as in 1997, when the economic shock was regional, or 2008, when financially-driven demand met constrained supply, or 2014 when US shale and relaxation of Iranian sanctions brought oversupply. Today we face what in energy markets is known as “demand destruction” of up to 30 million barrels a day less compared to April last year. This is due to twin challenges ­– the Covid-19 quarantines as well as the aftermath of a production spree in which neither Russia, Saudi Arabia nor the US blinked.

While a recent OPEC++ deal aims to alleviate (slowly) this oversupply, the amount of oil available will significantly outstrip demand for several quarters even as some countries begin to loosen their lockdowns. Lagging tourism, job losses, and consumer travel suggest this recovery will be slow.

And then will follow the opposite problem. Low oil prices will cause “supply destruction”, some in an uncoordinated manner, which may leave the investment and supply outlook more uncertain in the next decade.

Meanwhile, the balance sheets of oil producing nations are also much weaker. Buffers supported past stimulus measures and those countries with major foreign exchange reserves and stabilisation funds will put them to work on these very rainy days. Oil prices at or below $20/barrel (or even $40/barrel) are incredibly painful for producers, whether they be sovereigns, international oil producers, or national oil companies – or the financial investors such as private equity firms that have overinvested in the US shale patch.

With economies on life support or slowly reviving, consumption may take time to pick up and local refineries may be reluctant to increase capacity.

The upshot? This shock will reinforce existing vulnerabilities and divergencies between oil producing nations. More indebted countries will struggle to pay their bills and may need to bear the political cost of spending cuts.

The list of who is vulnerable is telling. On the corporate side, producers with higher cost resources, such as Canada and some US shale, or off-shore (Brazil), Arctic (US and Russia) are particularly exposed, but so too are countries that are over-reliant on oil and gas revenues, lack savings, or entered this crisis with pre-existing large debt and deficit positions.

Oil producers face the choice of cutting spending (which hits local stability and crimps local demand by cutting wages, and restricting government support of wages), selling assets (perhaps at a loss), or issuing debt. The shock is likely to reinforce inequality within and between producing countries. Richer, less populous jurisdictions such as Qatar and Abu Dhabi are more able to tap credit markets at affordable rates – as they have done this month. These countries, as well as Russia, have higher levels of government savings, lower fiscal deficits, and thus more leeway to adjust.

Yet countries with low oil production costs such as Saudi Arabia have high government spending bills and will likely run a deficit of $150 billion this year, drawing heavily from sovereign savings. Iraq, Algeria, Nigeria, Ecuador, as well as sanctioned Iran and Venezuela lack such savings and struggled to pay their bills when oil was $70. Even richer nations such as Oman and Bahrain are likely to need a debt workout, either regionally or from private creditors, which may force foreign and domestic policy realignments. For now, the crisis is likely to increase the dominance of governments in local economies and markets.

The fascinating question in this turbulent moment is can Asian buyers come to the rescue?

As a region of mostly oil importers, Asian countries have often taken the opportunity of crisis to renegotiate contracts, fill strategic reserves, and in China’s case invest heavily in indebted countries to ensure supply. In return they provided an increasing share of oil country’s consumer and capital imports – the domestic demand destruction among oil producers will put additional pressure on goods and construction service exports.

In a time of low prices it is rational to fill first and report later as it avoids driving up the price, however there are few signs of such buying.

China provided a financial lifeline to Venezuela and Iran, for the better part of a decade, along with major investments in Russia, Ecuador, Iraq, Sudan and Kazakhstan, although these deals may not have brought the financial returns or coercive benefits that they hoped. In 2020, we have yet to see major bulk buying or investments.

Typically, low oil prices are good for major importing nations such as China, South Korea, Japan, India, Turkey and South Africa, reducing the import bills or adding fiscal breathing space. However, with economies on life support or slowly reviving, consumption may take time to pick up and local refineries may be reluctant to increase capacity.

Indeed, efforts to boost local production may actually prompt Chinese officials to double down on electric vehicles, which would temper the increase in demand for diesel and gasoline. India, which has been a major source of new demand growth, deferred some of its  oil and gas cargos due to refinery backlogs. Going forward the government may focus its scarce fiscal and credit resources on local financial lifelines and food supply. However, these countries ought to take the opportunity for some realistic new long-term contracts especially for natural gas.

Announcements about filling strategic petroleum reserves, which could help stabilise markets, are in abeyance. In a time of low prices it is rational to fill first and report later as it avoids driving up the price (as Chinese officials learned in the 2000s), however there are few signs of such buying. Countries such India would need to allocate financing for such purchases.

So watch for any investments in floating storage or partnering with oil suppliers to increase available future supplies. Building up strategic reserves could help add future resilience in this region of importers. Such arrangements with Saudi Aramco and other suppliers alleviated concerns about supply disruptions following the terrorist attack last year on Abiqaiq.

The energy transition and decarbonisation poses an additional risk in assessing the long-term financial returns of the energy sector. Decarbonisation is still in early days– major Asian utilities continue to be major investors in coal plants, but Asia’s sovereign funds may well weigh these issues when considering co-investment with energy rich countries.

Credit and operational risks may temper investments. Asian investments in sanctioned Iran have faced significant losses and operational challenges, including constraining other foreign policy objectives. While few countries share those particular challenges, a wave of debt distress and debt service relief calls may discourage new capital.  China is one of the largest providers of finance to energy and commodity rich countries, via government-linked institutions such the China Development Bank, Export-Import Bank and state banks. Will they be willing to double down, especially as outward investments to Belt and Road Initiative projects had already slowed, in part due to concerns about financial exposures and foreign exchange liquidity concerns?

Meanwhile, while Federal Reserve liquidity measures have been reinstated and extended to some emerging economies, no new swap lines (RMB or otherwise) have been introduced outward from Asia. With many Asian companies seeking USD liquidity to meet repayment needs, state entities may be more choosy. Add to this a series of economic shocks that make it impossible to calculate what would be a sustainable debt burden.

There will no doubt be opportunities, especially via new partnerships, but shifting supply chains, debt distress and demand uncertainty will persist.