A culture of impunity has proved stubborn and entrenched.

On 9 February 2019, the operational mandate of Nepal’s Truth and Reconciliation Commission (TRC) and Commission of Investigation on Enforced Disappeared Persons (CIEDP) was due to expire. With neither commission having completed even one investigation into the tens of thousands of complaints filed by victims of human rights violations committed during the country’s decade-long Maoist conflict (1996-2006), it was to be an inauspicious end to a transitional justice process widely viewed as a failure.

Yet, in a last minute turn of events, the Nepalese government last week extended the commissions’ terms by one year in response to pressure from the international community and victims groups to keep moving the transitional justice process forward. Although the extension has been cautiously welcomed, the achievement of meaningful justice for the victims of conflict-related human rights violations faces both persistent challenges and renewed uncertainties.

Created by the 2014 Commission on Investigation of Disappeared Persons, Truth and Reconciliation Act (TRC Act), the CIEDP were to focus on investigating conflict-related disappearances. And the TRC and CIEDP were originally mandated to:

Investigate the facts about those involved in gross violations of human rights and crimes against humanity during the course of the armed conflict, and to create an environment of reconciliation in the society

An even more significant challenge is the persistent culture of impunity in Nepal … powerful perpetrators of human rights violations are guaranteed immunity from prosecution.

A second issue concerns the leadership of the commissions. While the commissions themselves have been granted a one-year extension, the tenures of commissioners and officials employed at the TRC and CIEDP have only been extended until 13 April 2019. Once their terms expire, cabinet holds the power to appoint new commissioners. A process of renewal may or may not be a positive development. On one hand, as the commissions have been widely viewed as political instruments vulnerable to manipulation, a new political appointment process is unlikely to restore faith in their independence. On the other hand, the appointment of new commissioners may provide a welcome opportunity for representatives of victims’ groups to, for the first time, hold official positions within the commissions.

An even more significant challenge is the persistent culture of impunity in Nepal and sense that the TRC and CIEDP have been explicitly designed to ensure that powerful perpetrators human rights violations are guaranteed immunity from prosecution. This political agenda was apparent from the very genesis of the idea of establishing a truth commission during negotiations for the Comprehensive Peace Agreement (CPA) between the Government of Nepal and the Communist Party of Nepal-Maoist (CPN-M) in 2006. Although the signatories recognised that an amnesty provision would be unacceptable to the international community and jeopardise the legitimacy of the agreement, Nepal’s long history of failed commissions of inquiry gave them good reasons to think that a TRC would ultimately serve the interests of impunity.

After several failed attempts to establish a commission, in 2013 a political deal, designed to ensure that perpetrators would be ensured immunity from prosecution, was struck between the major political parties. This deal saw amnesty provisions included in the 2013 Ordinance on the Formation of a Commission for Truth and Reconciliation, and in the 2014 Act establishing the TRC and CIEDP. While both documents specified that amnesties were inapplicable for “serious crimes”, by failing to define “serious crimes”, they left open the possibility that amnesties would be granted for gross violations of human rights.

In response, in its 2014 “anti-amnesty verdict” (Madhav Kumar Basnet v. the Government of Nepal), the Supreme Court “directed the Government to ensure that any new laws unequivocally exclude the possibility of granting amnesties for human rights violations”, and in 2015 struck down the amnesty provision included in the 2014 TRC Act as unconstitutional and contrary to international law.

To date, however, the amnesty provisions included in the TRC Act have not been amended to comply with the Supreme Court’s directives. Until that takes place, the TRC and CIEDP will continue to operate under legislation that serves the interests of impunity.

After a three-year delay, in June 2018 a draft amendment, which renamed the TRC Act the Transitional Justice Related Act was circulated. While it did not make provisions for amnesties for serious crimes or prohibit prosecutions, the draft was criticised for following the “letter of the law” at the expense of the spirit of the law. Of particular concern, the draft amendment proposed the withdrawal of 350 conflict-related cases and the establishment of a special court with the power to hand down non-custodial sentences in some cases and to offer sentence reductions of as much as 75% in others. These proposals have been viewed by some human rights activists as being manifestly inadequate and akin to complete or partial impunity.

More recent reports suggest that the government is now attempting to establish a transitional justice mechanism to be led by the Minister of Law and Justice. While some victims groups remain hopeful that a new mechanism will better facilitate their participation in the transitional justice process, the precise shape it will take remains unclear.

If developments over the past decade are anything to go by, however, there is little reason to think that a government-led process will not further entrench the impunity it has fought so hard to maintain. 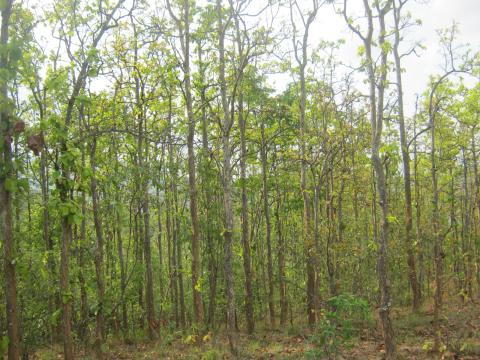 Show Comments
Previous Article
Australia, BRI backlash should be a warning on loans
Next Article
A Tobin tax: an idea whose time has come for Indonesia