New Zealand and China: Contending with words and actions

Wellington has a strong history in relations with Beijing, a record that will help in adapting to new complications. 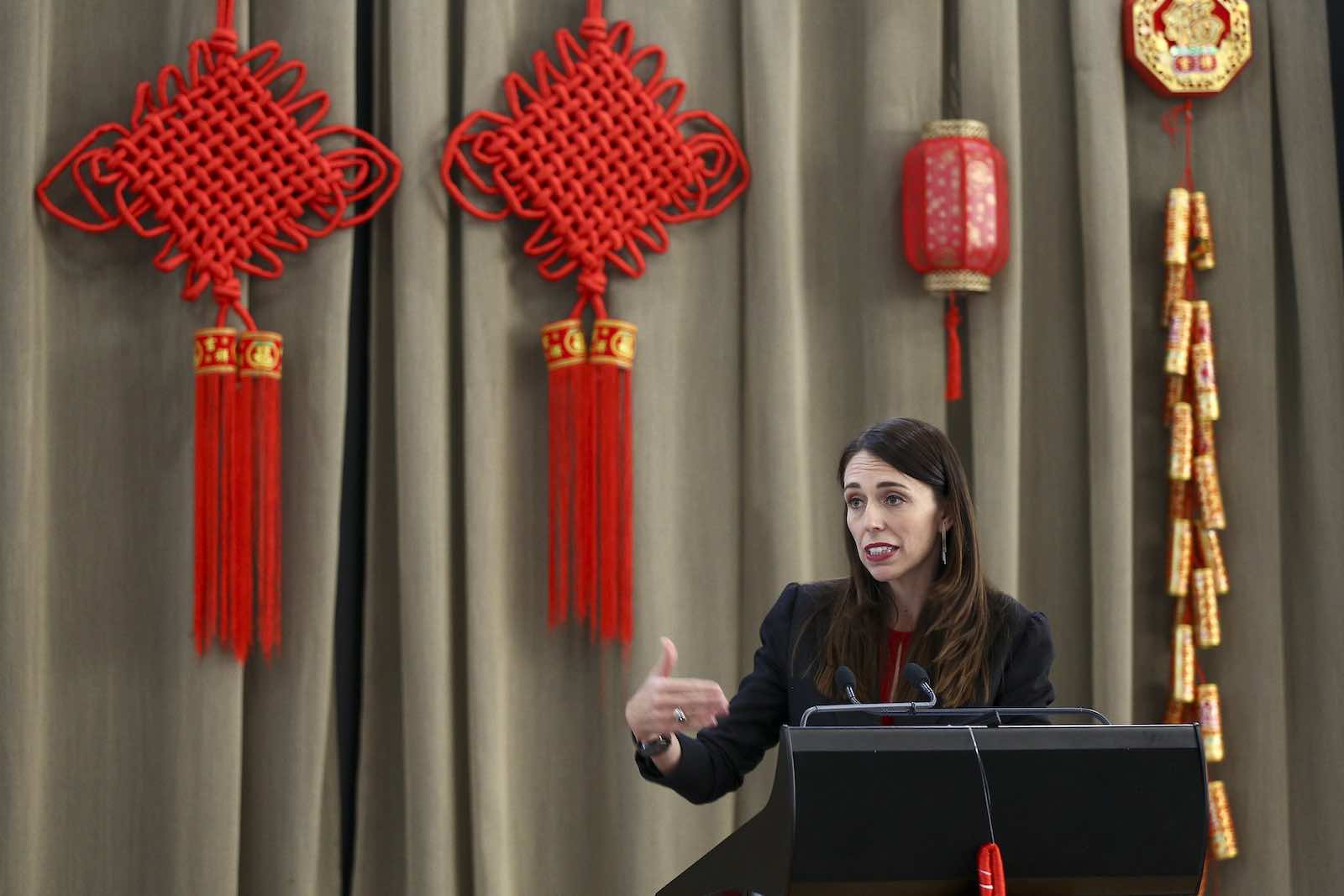 New Zealand was one of the more than 130 countries which, at the recent World Health Assembly, sponsored a resolution setting up an independent inquiry into Covid-19 – a proposal initially rejected by China. New Zealand also backed Taiwan gaining observer status at the World Health Organisation, despite Beijing’s protests. Like every country, New Zealand is grappling with how to manage its relationship with China.

Successive New Zealand governments, whether National or Labour or coalition, have maintained the same basic policy towards China since 1972: the One China policy, which recognises China’s position that Taiwan is an inalienable part of the territory of the People’s Republic of China.

Successive New Zealand governments have worked hard to develop relations with China, knowing that the re-emergence of China as a great power was an essential feature of the modern world. The economic role that China would assume gave an early weighting to developing trade links. Little did people think when this started in the mid-1970s that by 2020 China would be New Zealand’s most important trade partner.

Dealing with the political and security consequences of a rising China is not a new exercise for New Zealand.

But it is, and that is a reality which New Zealand governments have to deal with. New Zealand was the first member of the Organisation for Economic Development and Cooperation to negotiate and implement a free trade agreement with China in 2008. This was one of the “four firsts” which won New Zealand considerable respect in China. And in that early part of the 21st century, unbelievable as it seems now, seven members of the Chinese Communist Party’s Politburo’s Standing Committee made official visits to New Zealand between 2000 and 2006.

Deft dealing with China also allowed New Zealand to enter free trade agreements with Hong Kong, and another with Taiwan – the only OECD country to do so – all the while not deviating from its adherence to the One China policy. This shows a degree of diplomatic skill in managing the difficulties involved, and suggests a certain degree of experience which will be helpful in the future.

It also means that dealing with the political and security consequences of a rising China is not a new exercise for New Zealand. There have been difficulties in the past (Tiananmen is a prominent example), there are difficulties today (Hong Kong, for instance), and there will be difficulties in the future. On these and other issues, New Zealand has spoken its piece to China to make its views known.

Covid-19 does not really change this. It just adds complications for both governments.

More importantly, it is clear now, if it was not clear in 2010, that the current political leadership of China is more assertive in stating its rights, in both domestic and international policy. It is manifestly less interested in hearing the views of others which do not align with its own. The militarisation of the South China Sea, against the principles of established international law, is an obvious example. China’s attempts to extend its Belt and Road influence in the South Pacific is another.

This presents difficulties for New Zealand, which has always upheld its commitment to the international rules-based system. New Zealand is not alone in looking anxiously at this growing pattern of assertive words and actions. Many other countries share this view. In some cases, China has made its displeasure known. Australia at present has felt the repercussions.

But assertive behaviour creates problems for China. It does not have the support of many of its neighbours. Indeed, it has created downright hostility from some of them. Its current diplomacy has little of the requirements of soft power – the ability of a country to persuade others to do what it wants without force or coercion – and its image suffers. Negatives include human rights violations, cyber security intrusions, Belt and Road infrastructure projects which have created a wall of debt in developing countries, and attempts to develop influence South Pacific countries. Right now, China’s image is poor, and getting poorer.

And then there is the United States of America, and its attitude towards China. As these two eye each other, it’s like watching a wrestling match between Make America Great Again and Make China Great Again. It would be easier if the tension went away. But it is not going to, whatever the administration in Washington or the leadership in Beijing.

For New Zealand, there will be no alternative but to keep to its policy principles. The economic relationship with China is important. Aspects of this will change over the next few years: in services, for instance, there won’t be so many Chinese students nor Chinese tourists. New Zealand shall have to adapt, as it has adapted before.

The political relationship is equally important because so many international issues require China’s involvement. If China holds to its mantra of respect of national sovereignty, so does New Zealand. China may be told that some things it does are unhelpful in the bilateral relationship and in international relations. The suggestion of economic retaliation, such as has happened to Australia, has to be fended off as not acceptable between sovereign states. Beijing may not want to hear that, but New Zealand will need to say it.

It is going to be a rough road.

Show Comments
Previous Article
COVIDcast: World economy in flux
Next Article
In the US, a week of protests and a tidal wave of history