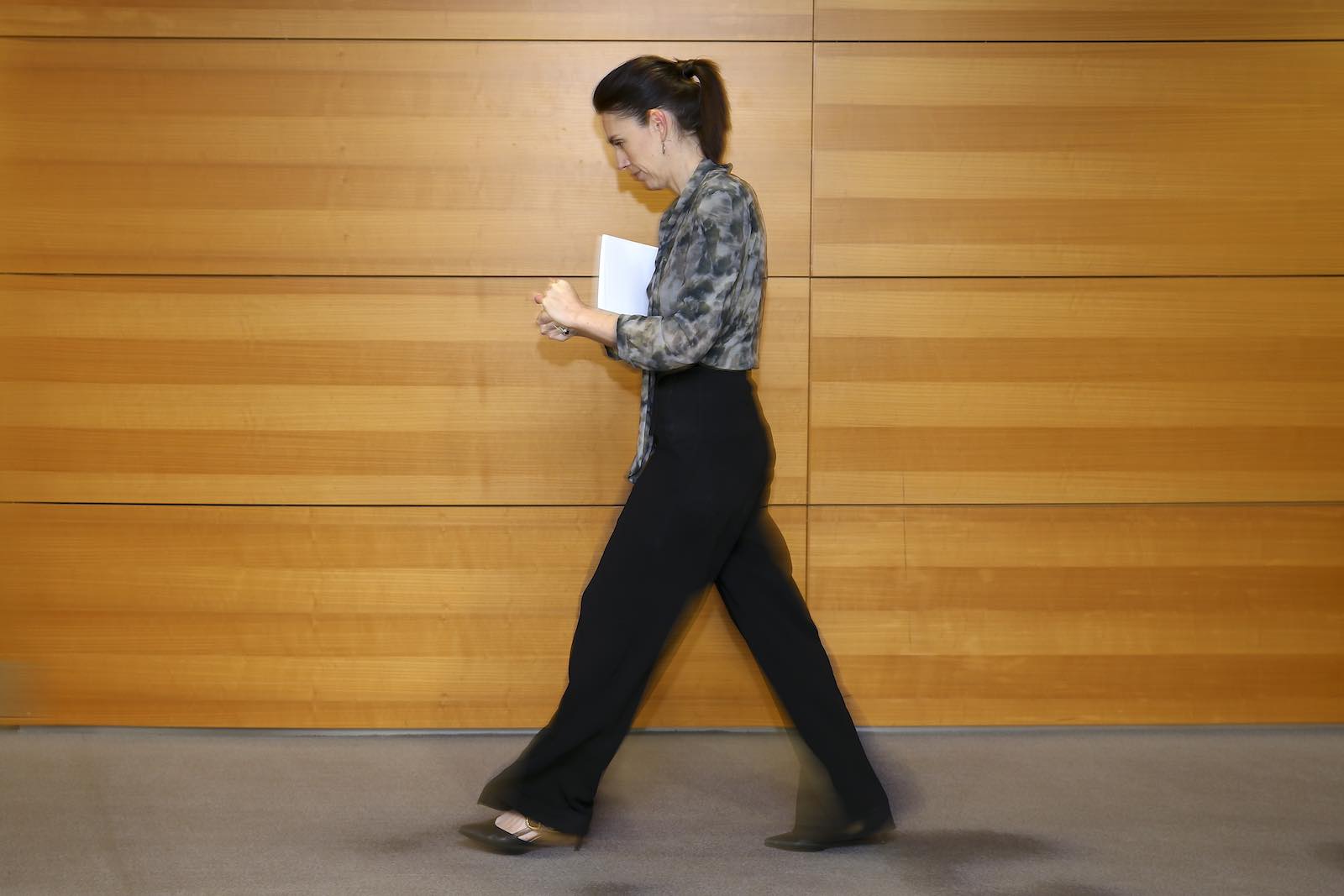 Where are we in the fourth week of lockdown in New Zealand?

The borders are sealed. As I was writing this, the Flight Radar 24 app had only two domestic flights taking place across the entire country. There were no outbound international flights, and only three aircraft heading in.

The government has released further details of its economic support package. Another NZ$4 billion added to the ledger: $24 billion in total, and more to come.

And the chances of easing the lockout to permit a return to a minimum level of economic activity – outside the essential industries – is still being weighed up. A decision will come on Monday, 20 April.

But, so far, morale remains good, and the occasions of civil disobedience remain few and far between.

More important, however, is the question, what have we learnt this far?

Ardern has made it clear that New Zealand’s external borders will be very tightly managed for the next year at least.

First, every country is facing a choice between managing the health risk and managing the economic risk. It is clear that there is no simple nor speedy trade-off. “Putting the economy into hibernation” or “getting the place ready to go” are variations on the same theme. There seems to be no one answer. In New Zealand the emphasis is on getting the country healthy. Prime Minister Jacinda Ardern said in her press conference on Thursday: “Get the health right first.”

International trade is critical to economic stability, and it is not clear how long markets will hold up, so getting export industries operating smoothly will be a priority.

Second, state intervention is back in vogue. The economy might be global, but health is local. Citizens expect a response from governments. Nowhere is there an example of handing the management of this crisis to the private sector. This is a big change, particularly in liberal Western democracies. It has consequences.

Already over the last five years or so, we have seen a rise in nationalism. Now it is accentuated. This will lead to xenophobia if governments and leaders are not careful. And that pressure will rise if governments do not manage the Covid-19 crisis in a way that meets their citizens’ expectations.

Third, we are heading into a global recession. The data are there for all to see. Production down in many sectors of the economy. Unemployment up. Consumption slumping. Companies failing. Investment across borders looking shakier (and running into the nationalist factor mentioned above). Protectionism in both trade and investment are increasing around the globe.

Everyone is looking to see how China’s economy picks up, and how that flows through the global economy. A glimmer of light there would be helpful, as the World Trade Organisation predicts a drop of 13–32% in global trade in 2020. But it’s not a panacea.

One example is particularly clear. International travel as we knew it in 2019 is dead. The World Travel Organisation, an agency of the UN, says that in 2019 there were across the globe 1.5 billion international tourist arrivals. We are not going to see that number again for the next few years. The industry globally is on life support. And until there is a vaccine which is universally available and administered, governments are going to be very cautious about who crosses their borders. Arden has made it clear that New Zealand’s external borders will be very tightly managed for the next year at least.

International cooperation is a big challenge. One case for hope is that the response in the medical sector – among those who will find the vaccine to control this virus, is a developing international effort. That at least should give us some comfort.

But in other areas, there is not that much on offer. Even the European Union, which prides itself on its ability to operate over 27 member countries, is finding it really hard to keep that sense of union.

And we have hardly started to respond to the needs of the developing world where risks of the virus spreading and taking hold are greater. For Australia and New Zealand, the South Pacific will be the first area of concern.

The immediate need is for coalitions of the willing. Those countries which can identify initiatives which bring some positives to the international situation should be working with others that think the same.

There are signs that this is happening. Australia and New Zealand came to a workable solution to allow the transit on evacuation flights of their respective nationals from third countries. Canada, Australia, Brunei, Myanmar, Chile, New Zealand and Singapore have committed to keeping supply chains open and removing restrictions on the supply of essential goods, especially medical supplies. New Zealand and Singapore have pushed that further inviting other countries to join this initiative with a particular focus on Covid-19 related medical supply chains.

These are limited glimmers of light in a dark landscape. At this stage in the global response to Covid-19 it is good they are visible. Encouraging this sort of initiative in other jurisdictions and across other trade agreements is obviously a message that New Zealand and Australia will continue to push.

But we have a long way to go.