Wellington has appeared slow to respond to a crisis in Solomon Islands where once it would have been a regional leader. 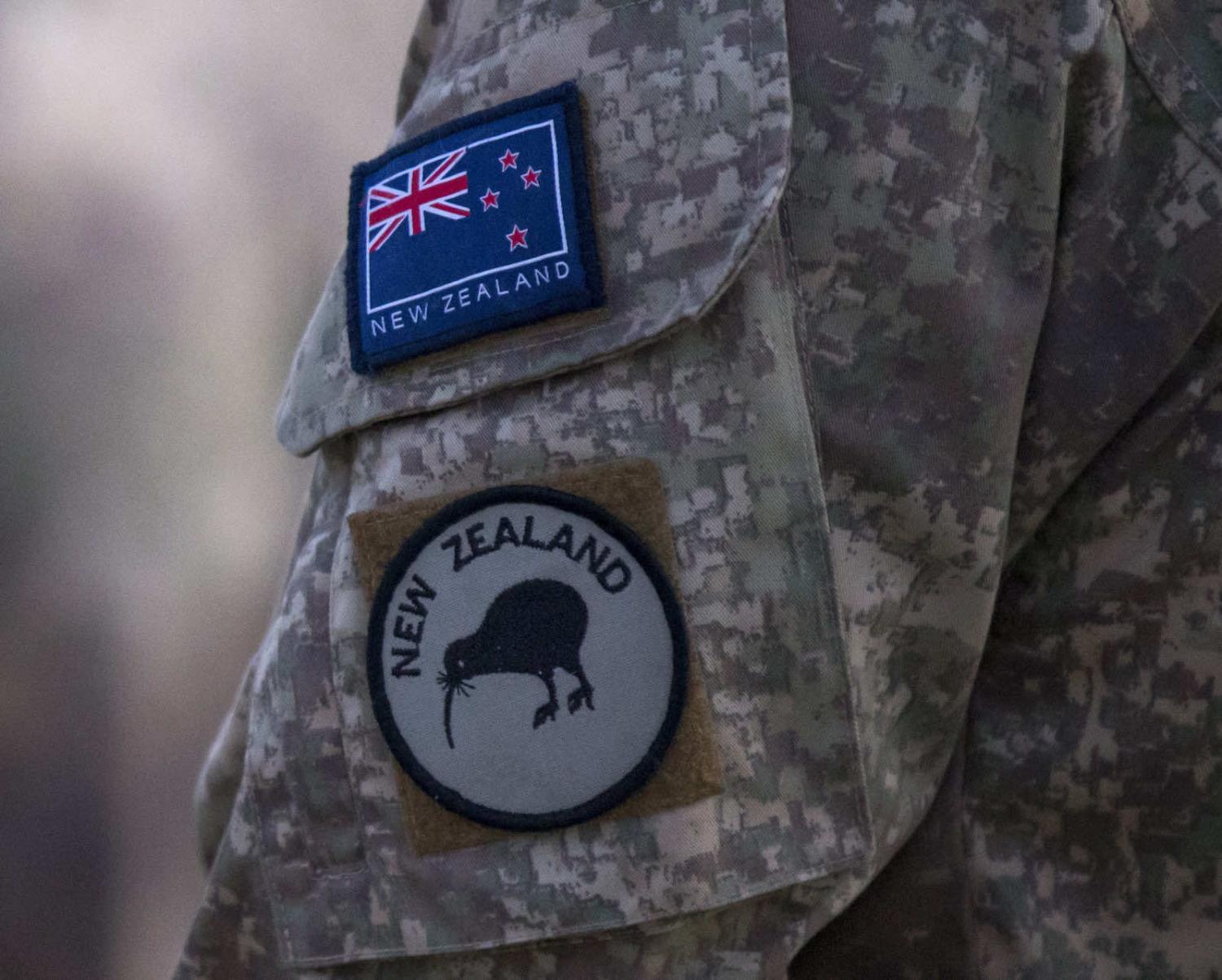 The prophecy was delivered in 2014. “It is likely that over the next ten years,” Wellington’s Defence Assessment foretold, “New Zealand will deploy military and other assets in support of a Pacific Islands Forum member in crisis beyond standard disaster response support.”

In 2021 that crisis has come to pass in the current troubles in Solomon Islands. And in accordance with the bilateral security treaty agreed by Honiara and Canberra in 2017, New Zealand’s close ally has responded. The Australian Federal Police and Australian Defence Force are already there. Papua New Guinea has also sent a contingent. Fiji has signalled that some of its personnel are also on the way.

But in the initial stages of this story, New Zealand has been slow out of the blocks. With Nanaia Mahuta en route home from her inaugural overseas trip as Foreign Minister, it was left to Cabinet colleague and former Trade Minister David Parker to issue a statement in her place. In it, the Ardern government welcomed Australia’s response, but there was no indication of the options that Wellington may have been considering.

In 2003 we weren’t left reading Labour government tea leaves when the Howard government finally accepted Honiara’s request for security assistance. As New Zealand police and defence personnel were set to join the Forum-endorsed effort RAMSI, or Regional Assistance Mission to Solomon Islands, then Foreign Minister Phil Goff explained New Zealand’s contribution as the latest example of an active trans-Tasman trend: “In the same way as we did when we went into East Timor and as we went into Bougainville,” he told ABC Radio, “the Pacific is Australia and New Zealand’s neighbourhood, we can’t ignore what’s happening there”. That pattern continued when the situations in both East Timor and Solomon Islands deteriorated in 2006, and when, later that same year, Australia participated in a brief New Zealand-led intervention in Tonga.

We might be in a period when as often as not Wellington uses its strong Pacific connections to emphasise trans-Tasman dissimilarities rather than unity.

In the years since there has not been a slew of emerging security crises in the immediate region generating fresh Australia-New Zealand actions. The arc of instability logic once in fashion in Canberra has tapered off. But the Pacific has remained a big part of the security glue for trans-Tasman solidarity. Wellington is not well known in Canberra for heavy military spending on advanced combat capabilities. Yet Australian defence policy has often found a special Pacific spot where it can comfortably position New Zealand as an active contributor: “We recognise that New Zealand will make its own judgements on its national interests, and that New Zealand’s military capability choices may not always reflect Australia’s,” the Turnbull government acknowledged in its 2016 Defence White Paper. “Despite this, we will continue to coordinate our efforts with New Zealand in the South Pacific and in supporting our shared interests in a secure region and a rules-based global order.”

Coordinating with Australia was clearly a priority for Winston Peters as New Zealand’s Foreign Minister during the Ardern government’s first term which began at the end of 2017. His speech to the Lowy Institute early the following year positioned Wellington’s “Pacific Reset” as a matching partner to Canberra’s Pacific Step-up, including a fair amount of common concern about the changing geopolitical balance in the nearer neighbourhood.

But as Peters’ successor in Prime Minister Jacinda Ardern’s second term, Nanaia Mahuta has brought foreign policy more firmly into Labour’s hold with a rebranding effort for Wellington’s Pacific focus known as Partnering for Resilience. In her major speech on that adjustment, delivered as she was about to head for Canberra as the first leg of her November travels, Mahuta singled out Australia as “an indispensable partner”. But the Maori proverb she emphasised above others, Ka pū te rūhā, ka hāo te rangatahi, As the old net is cast aside a new net goes fishing doesn’t only mean New Zealand partnering with Pacific countries in meeting the challenges of Covid-19 and climate change (the latter not being a stand-out for Australian diplomacy). It also draws drawing a firm line under the Peters era.

We might be in a period when as often as not Wellington uses its strong Pacific connections to emphasise trans-Tasman dissimilarities rather than unity. Upon the surprising arrival of AUKUS, Ardern indicated that while her government welcomed greater American and British involvement in the region, “New Zealand is first and foremost a nation of the Pacific and we view foreign policy developments through the lens of what is in the best interest of the region.” And that presumably is not nuclear powered submarines in the service of geopolitical competition where the big powers are seldom sensitive to the concerns of the small.

It’s worth taking a moment to wonder if Ardern’s current cabinet wants some distance from the notion that New Zealand and Australia are joint managers of Pacific security. Perhaps there are also views around that table that addressing regional crises through the deployment of security personnel is one of the old nets that increasingly needs to be cast aside. Just how resilience partnerships prevent more buildings from being set alight in Honiara is unclear. As Anna Powles observed recently, Mahuta’s message is “more vision than strategy.” But we may be at a point where while Australia and New Zealand agree that the Pacific is important, they are diverging in their recipes.

Of course it would be unwise to get too far ahead of ourselves. Out of an abundance of politeness, New Zealand may have been waiting for a separate and formal invitation for help from the embattled Sogavare government. In the meantime, Scott Morrison has urged New Zealand to participate, and in a way that plays to Wellington’s sense of its own importance:

“They … have a lot of expertise working within our Pacific family of nations” Morrison has said. Foreign Minister Marise Payne also indicated that Australia had been talking to New Zealand about a possible role.

This may not be the last opportunity for the Ardern government to get on board. But it would be wise to grab the chance while it lasts. Philosophical differences need not prevent collaboration – had New Zealand been the sole designer of RAMSI in 2003, the initial deployment would have been heavier on police and lighter on soldiers. But that didn’t stop New Zealand from making a significant contribution.

And this year’s Pacific security crisis just isn’t any collaborative opportunity for New Zealand. The Forum’s Secretary General has praised the responses from Australia and Papua New Guinea, citing the Biketawa and Boe Declarations, both instruments which New Zealand has consistently supported. With Australia often busy frying much bigger foreign policy fish (AUKUS, the Quad, G20), the relationship with New Zealand is often crowded out. One precious avenue that remains is security cooperation in the Pacific.

Which makes the current crisis in Solomon Islands a test for New Zealand’s continuing value as an ally of Australia, and also for its reputation further afield as an active contributor to Pacific security. After all, the 2021 Defence Assessment, which is just about to land, can be fully expected to play up New Zealand’s Pacific defence credentials. But too much emphasis on lofty principles without joining the action on an urgent crisis, with all the risks the latter brings, could leave Wellington singing Pacific songs to itself.

Previous Article
Time to step up on global kleptocracy
Next Article
Solomon Islands deployment: Australia must meet obligations to women

Don't jinx it, but a few promising signs suggest bilateral ties could be entering a new period of relative stability.
Stephen Grenville 17 Dec 2018 16:00

US-China tensions: is this about economics or security?

The challenge might seem to be China’s economic behaviour rather than old-fashioned power rivalry.
Euan Graham 9 Feb 2017 08:40

The security picture in the Western Pacific is marked by disputes and enmities. So how has the region stayed so peaceful for so long?