Nigeria’s Ngozi Okonjo-Iweala, the WTO, and what’s next?

It was a high hurdle to take charge, but Nigeria’s former finance minister has only just begun her run. 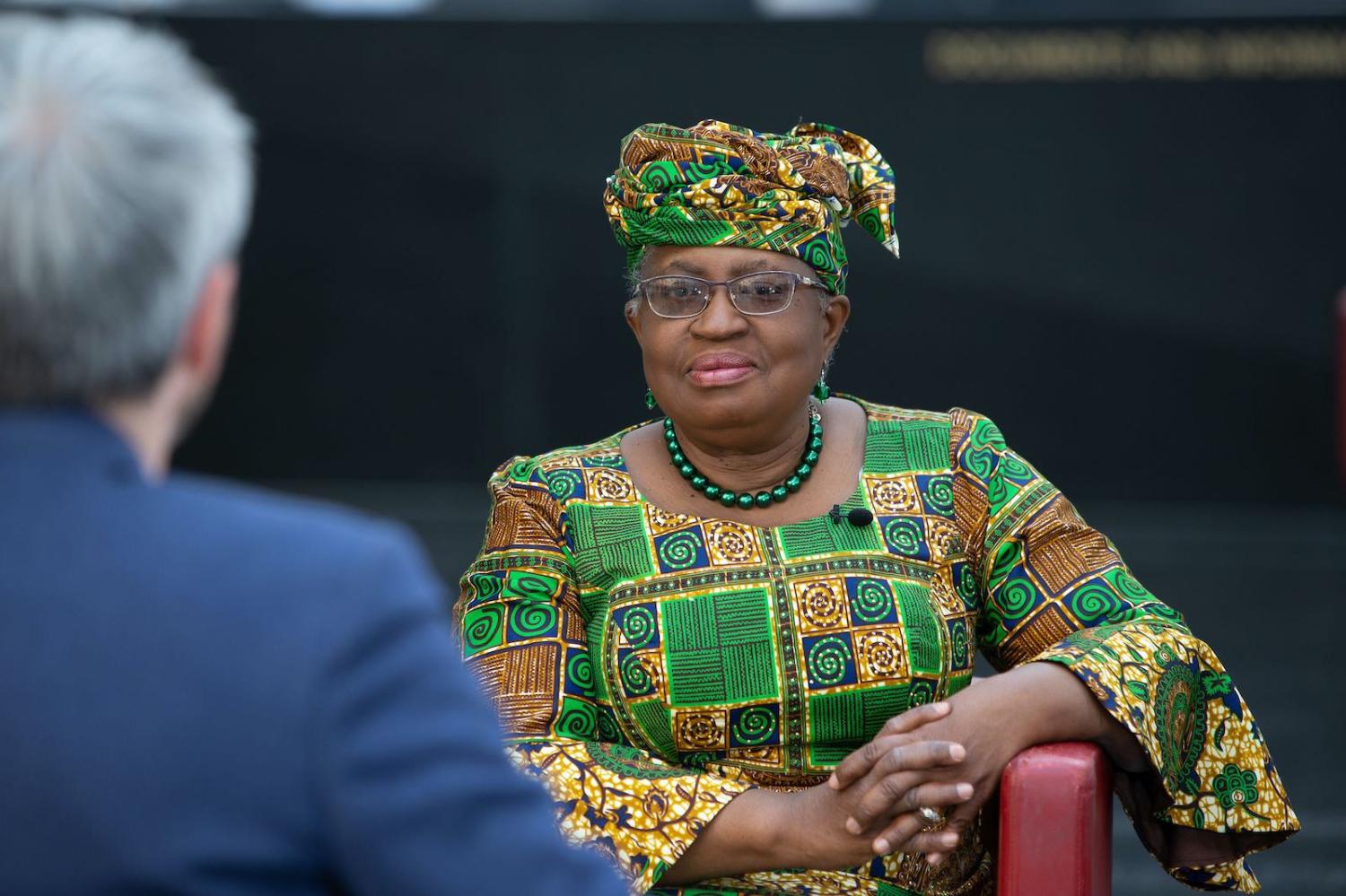 Nigeria’s President Muhammadu Buhari fully supported the candidature of Ngozi Okonjo-Iweala to become Director-General of the World Trade Organisation. Even though the two are the products of different political philosophies, in June 2020 Buhari nominated Okonjo-Iweala, who served as Nigeria’s finance minister under two previous presidents, as a candidate for the position. It was a show not only of patriotism but also for her positive reputation within and outside the country.

“I am coming into one of the most important institutions in the world, and we have a lot of work to do,” Okonjo-Iweala declared this week on her first day in the job. And she is right. The WTO confronts a daunting challenge.

African nations in particular view her appointment as an opportunity to increase trade relations with other regions, with the belief she understands their key areas of need.

Okonjo-Iweala’s road to the top job has been anything but smooth. Even before her appointment was stymied in October by Donald Trump’s administration over hostility towards the WTO system – before being eventually getting a green light from the Biden administration last month over South Korea’s Trade Minister Yoo Myung-hee – Okonjo-Iweala had to navigate the vexed politics within Nigeria. In 2015, Buhari had defeated former president Goodluck Jonathan in a campaign that hinged on exposing corruption, accusing the Jonathan government of maladministration and financial impropriety – a government Okonjo-Iweala had been part of for many years. But Okonjo-Iweala was never directly or remotely accused of fraud. Rather, she was applauded for positive changes in the economy. As Minister of Finance and later Coordinating Minister of the Economy, she introduced financial reforms and helped the country earn debt forgiveness and stabilised Nigeria’s economy, tripling the growth rate.

Okonjo-Iweala also oversaw Nigeria’s first sovereign credit rating of “BB-”, a rating that grouped Nigeria with other emerging markets such as Vietnam. And with support from the World Bank and the International Monetary Fund, Okonjo-Iweala helped Nigeria build an electronic financial management platform, helping to identify and eliminate thousands of “pseudo workers” on government payrolls. She also introduced programs to generate employment for girls and women.

Okonjo-Iweala’s appointment generated plenty of enthusiasm at home in Nigeria, but as Buhari put it last month, she now faces an “onerous task of service to the world and humanity”.

Reform of the WTO is a confronting prospect. As much as world leaders, including the European Union’s Ursula von der Leyen, former IMF chief and now European Central Bank boss Christine Lagarde, and many others beside, expressed confidence in Okonjo-Iweala’s ability to deliver, a “strong will and determination” may not be enough. The rules-based multilateral trading system has most obviously been tested by the trade war between the US and China, but is fraying in other ways, as well.

Okonjo-Iweala also carries the pressure of expectation. African nations in particular view her appointment as an opportunity to increase trade relations with other regions, with the belief she understands their key areas of need. The UN Conference on Trade and Development reports that trade between Africa and major global economic hubs continues to lag, whether as a consequence of Africa’s infrastructure challenges, corruption or labour skills. David Agba, Business Editor of Blueprint, one of Nigeria’s leading newspapers, captured the expectation projected on Okonjo-Iweala, saying she needed to respond to pressure to reform trade rules and counter protectionism exacerbated by the Covid-19 pandemic, overcoming the deep mistrust between rich economies and those of the developing world. It’s a tall ask in support of the WTO mission of “open trade for the benefit of all”.

In a virtual speech last month to a summit in Lagos – the commercial nerve centre of Nigeria – Okonjo-Iweala acknowledged the challenge but said “in every challenge, there is an opportunity”. For Africa, she pointed to the demographic risk, with a need to ensure work for a population with about 60% aged 30 years old or younger. “When I said job, I mean decent work, that is the biggest issue that the continent has to face.”

And in that, as Okonjo-Iweala will no doubt emphasise in the coming years, finding work requires trade.

Previous Article
The politics of being Chinese in Australia
Next Article
An endless game of whack-a-mole?

What are the chances of war on the Korean Peninsula, the upcoming Lowy Institute Media Award, Assad's momentum in Syria and more.
Victor Abramowicz 4 Mar 2022 14:00

Moscow is likely seeking victory on the cheap against Kyiv – which offers an opportunity to influence its strategy.
13 Dec 2017 14:21

Links on Pacific island matters from The Interpreter team.