Pyongyang is sending a message in typically overbearing style. But the target is as much the US as it is Malaysia. 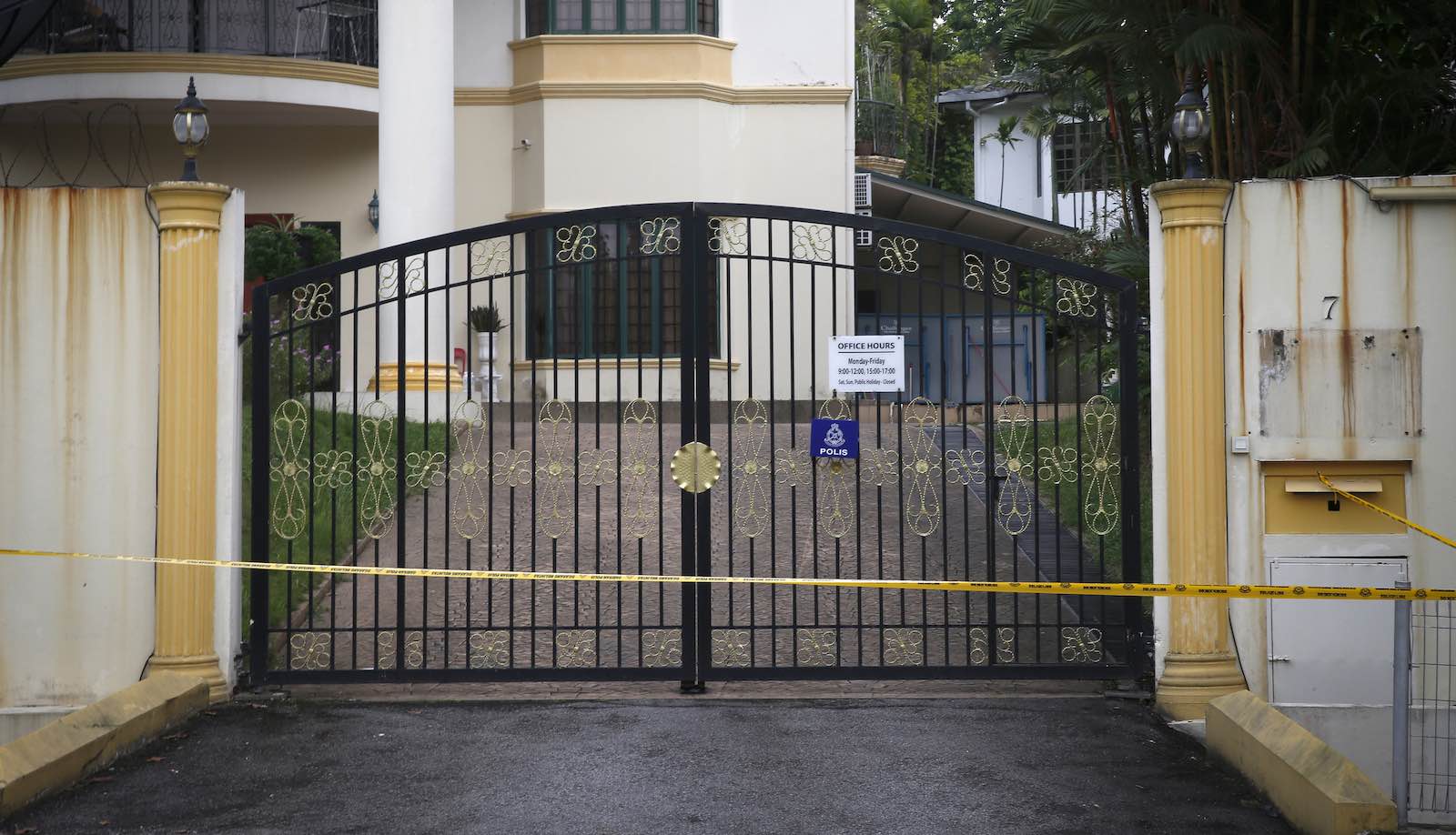 The entrance at the North Korean embassy in Kuala Lumpur is sealed off after North Korea cut diplomatic ties with Malaysia (Wong Fok Loy via Getty Images)
Published 22 Mar 2021 13:30   0 Comments

Last Friday, North Korea severed diplomatic relations with Malaysia. In turn Malaysia gave the North Koreans 48 hours to leave the country. By Sunday, the North Korean embassy was empty. The Malaysians did not have to worry about their embassy in Pyongyang, as it was already informally shut down in 2017, with only a skeleton staff left. Ties between the counties had been in abeyance over the February 2017 assassination of Kim Jong-nam, the half-brother of North Korean leader Kim Jong-un, at Kuala Lumpur International Airport.

The immediate trigger for the latest breakdown in relations was the impending extradition to the United States of Mun Chol-myong, a North Korean businessman living in Kuala Lumpur, to face charges related to money laundering and violating United Nations sanctions by supplying prohibited items to North Korea via Malaysia and Singapore. The case had been in process since 2019, when Mun was arrested in Kuala Lumpur. Earlier this month, on 3 March, Malaysian courts denied his final appeal challenging the US extradition request.

Pyongyang has a long history of using harsh and bombastic language and breaking ties over what is perceived as the slightest insult.

Malaysia had at one time been probably North Korea’s closest diplomatic ally in Southeast Asia, having established ties in 1973. The two nations had been so close that prior to 2017, the North Korean regime granted Malaysian passport holders visa-on-arrival access to the hermit kingdom, one of only three countries to enjoy this status. Additionally, an estimated 1000 North Korean citizens live in Malaysia, mixing easily with the more than 20,000 South Koreans who also call the country home. The Korean community in Kuala Lumpur is so large that the city has two “Koreatowns”, in Ampang and Mont Kiara.

But it has also been reported that North Korea had used Malaysia as a “hub” for its illicit arms export operations, as well as money laundering. The attack on Kim Jong-nam, which involved an elaborate ploy to smear a deadly nerve agent on his face, brought into the spotlight long-standing suspicions about North Korea’s espionage operations in the country and greatly angered Malaysia.

The reaction from North Korea to this latest court ruling was entirely predictable. Pyongyang has a long history of using harsh and bombastic language and breaking ties over what is perceived as the slightest insult.

Yet in this case, the diplomatic break was as much a signal to the US as it was to Malaysia. This was clear when  Kim Yu-song, the departing North Korean charge d’affaires in Kuala Lumpur, issued a statement at the weekend, declaring:

This incident made by the Malaysian authority constitutes an undisguised alignment with and direct engagement in the anti-DPRK hostile manoeuvre of the United States which seeks to deprive our state of its sovereignty and rights to existence and development.

By drawing in the US, North Korea was sending a signal to the new Biden administration that it will not give any quarter, no matter who is in power in Washington, and that the previous approach by then-president Donald Trump, including two leaders’ summits, would have no bearing on its enduring hostility towards America.

And breaking off relations with Kuala Lumpur will have very limited consequences for North Korea. The official breakdown will do little to halt North Korea’s clandestine efforts to circumvent sanctions, whether that be in Malaysia, which has been previously criticised for lax controls over financial transactions, or elsewhere. Instead, this decision to cut ties amounts to just another move on the diplomatic chessboard.

Despite the harsh words, it can be expected that over time, relations between Malaysia and North Korea will resume. Both countries see benefits to this relationship in the long term. Malaysia is the perfect gateway to the rest of the world for the North Koreans, while Malaysia understands that its unique history with North Korea means that it can act as a conduit internationally. In previous years, Malaysia hosted informal and formal talks between North Korea and the US, and this gives Malaysia a certain level of status in global diplomacy.

The Malaysian side also knows that this latest break is consistent with North Korea’s overbearing behaviour. It is, simply, the way North Korea conducts diplomacy.