Has Syria been chemically disarmed? 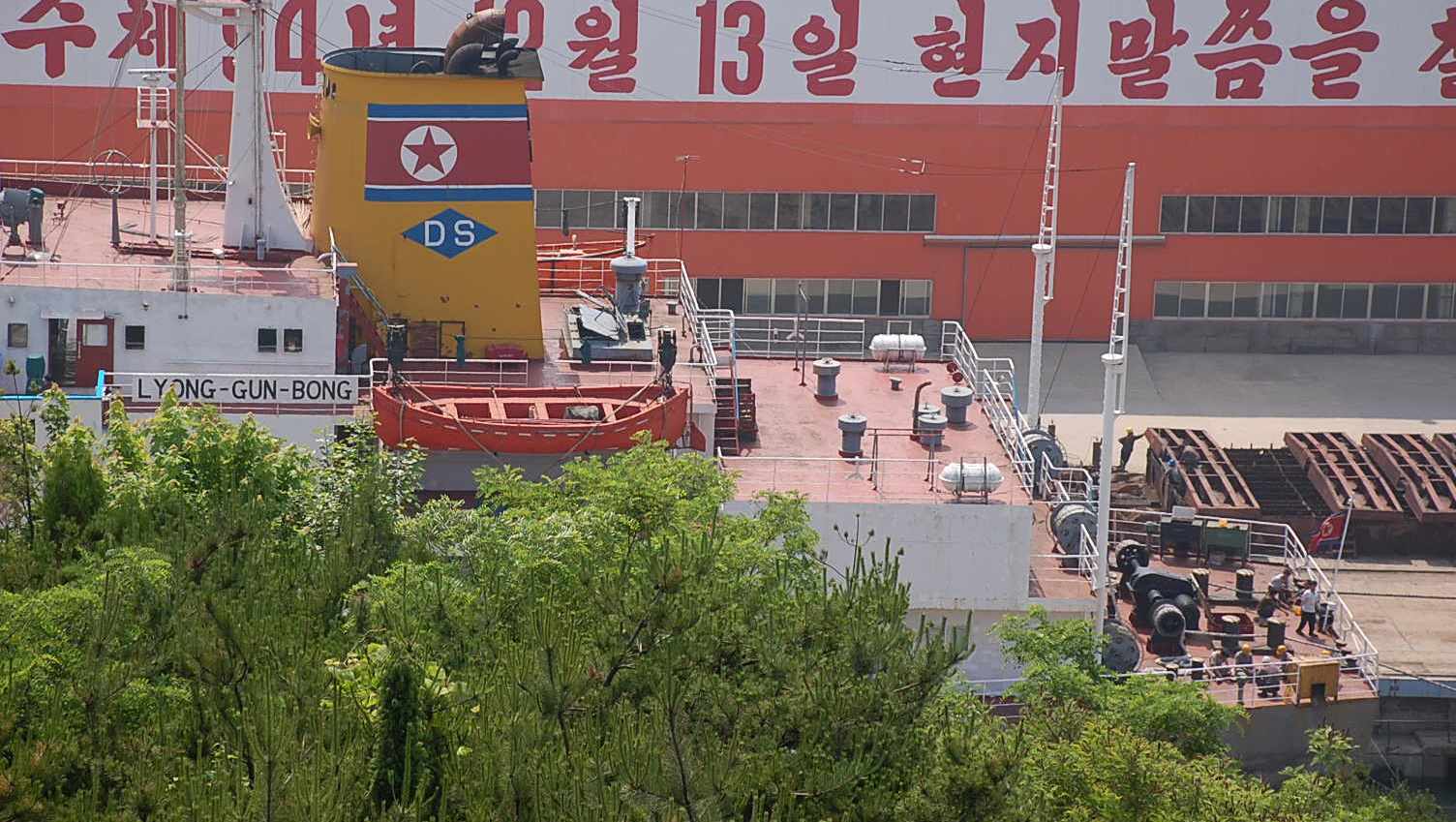 On 22 August, Reuters reported that two North Korean shipments of unspecified goods on their way to Syria had recently been intercepted. Citing a confidential UN sanctions committee report, Reuters claimed that the importing Syrian agency was a front company for the Syrian Scientific Studies and Research Centre (SSRC), the agency responsible for manufacturing chemical weapons.

The relationship between Syria and North Korea is long standing. Starting probably some time in the 1960s, North Korea has been assisting Syria with missile-related items such as propellants for Syria's SCUDs. Of greater concern is the likelihood that North Korea helped Syria with the construction of a nuclear reactor which was subsequently destroyed by Israel in a secret bombing raid in 2007. In more recent years, other military items such as protective chemical suits and respirators have been intercepted on their way to Syria. And the latest report of UN Sanctions Committee on North Korea says the export of military equipment to Syria continues right up to the present.

While intercepts such as the recent shipments are highly publicised, some unknown quantities of supplies no doubt slip quietly in to Syria. Some may find it strange that such trade could continue when both countries are under strict sanctions. This is because of the difficulty in enforcing sanction regimes. Both countries have set up a web of front companies and intermediaries which change or morph as they are uncovered. They have established financial institutions in other countries, mainly Malaysia, Hong Kong and China, to fund the trade. North Korea has also re-flagged its ships in a number of countries, including Tanzania, the Marshall Islands, Fiji and even Mongolia. The route into Syria is also convoluted, often coming via ports such as Singapore and then to Turkey where trucks deliver the goods across the border.

The nature of the two recently intercepted shipments is not publicly known but is of real concern because the importing authority, the SSRC, is mainly responsible for Syria's advanced weapons programs, and Syria has acknowledged that its chemical weapons program was developed under SSRC's auspices. Previous shipments from North Korea are not known to have contained chemicals or chemical weapons production equipment, but given Pyongyang's record it is quite possible that such supplies reached the SSRC. What is more certain is that North Korea has a long established chemical weapons capability and could easily support a Syrian chemical program.

After widely reported sarin nerve gas attacks against a civilian population in Damascus in August 2013 in which possibly 1000 people or more were killed, Syria was forced to join the Chemical Weapons Convention (CWC) and disarm itself of chemical weapons under the supervision of the Organisation for the Prohibition of Chemical Weapons (OPCW). By mid-2014 all chemicals associated with the program were reported to have been shipped out of Syria and destroyed by the end of 2015.

The chemical disarmament of Syria did not stop chemical attacks by Syrian armed forces against rebel groups. In 2014 attacks resumed using less deadly chlorine in commercial cylinders dropped in barrel bombs by helicopters. However, earlier this year the nerve agent sarin was again used on at least two occasions, the most notable of which was at Khan Sheikhoun in northern Syria where possibly dozens of people were killed and hundreds injured, almost certainly by the Syrian military. An OPCW Fact Finding Mission has recently confirmed the agent used was sarin, although in accordance with its mandate, the OPCW did not identify who was responsible.

All this raises the serious question of whether Syria has chemically disarmed. Concerns have been expressed for some time now that Syria's chemical declaration required under the CWC is inaccurate and incomplete. Indeed the head of the OPCW, Ahmet Uzumcu, has recently acknowledged that 'there are certainly some gaps, uncertainties, discrepancies' in Syria’s declaration. Indeed, the use of sarin at Khan Sheikhoun demonstrates that Syria is probably hiding an undeclared stockpile of weapons, or more disturbingly, maintaining an undeclared production facility. Given Syria's unholy alliance with North Korea, perhaps Pyongyang could even be adding to Syria’s chemical capabilities.

Where the international community goes from here is not at all clear. The UN Security Council presently seems to be frozen into inaction on North Korea and Syria. It is possible the sanctions against both countries could be tightened somewhat by gaining wider cooperation of member states whose nationals have assisted the illegal trade, and perhaps by further restricting the financial institutions that facilitate it. But it won't make a great deal of difference; sanctions will still leak. Nor will it deter Syria from using its chemical weapons again at a time and place of its choosing. The outlook is bleak.