Out of balance: Pakistan’s economic crisis

The solution should be simple: fix the budget and promote sustainable business growth. If only. 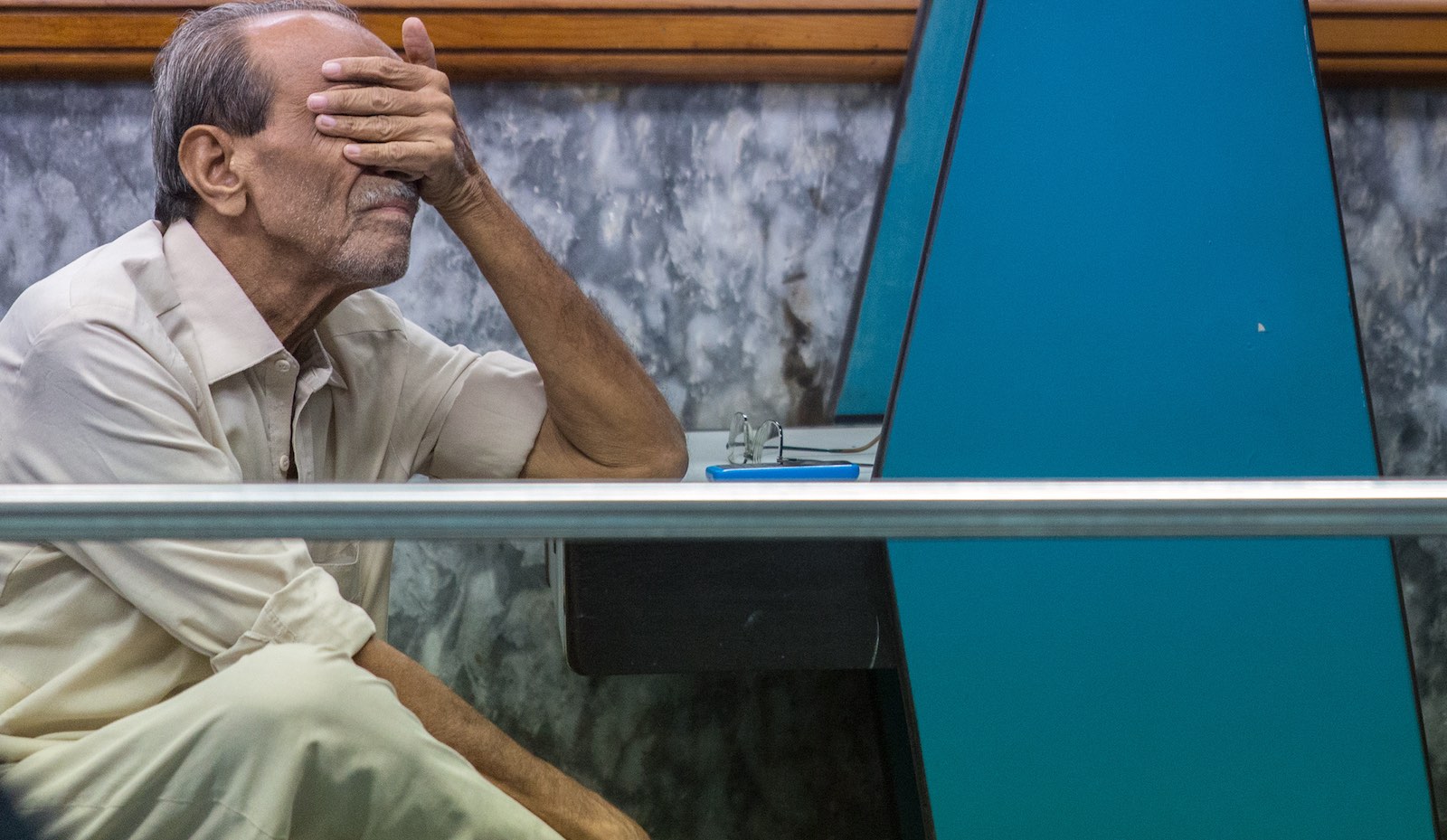 A man reacts during a trading session at the Pakistan stock exchange in Karachi, Pakistan on 9 July (Photo: Asim Hafeez via Getty)
Published 5 Oct 2018 15:00   0 Comments

National debt in Pakistan has soared past US$92 billion and its servicing costs are projected to reach 30% of the federal budget.

Pakistan achieved economic growth of 5.4% in 2017 and is projected to grow to 5.8% in 2018 – the highest the country has seen in 13 years. This growth, however, was achieved through large public investment in infrastructure and energy related projects, including in the China-Pakistan Economic Corridor (CPEC). Improvement in energy in particular unlocked Pakistan’s potential for higher growth.

Yet an expansionary fiscal policy with a narrow tax base, and the failure to enhance exports or attract foreign direct investment was always destined to bring trouble.

The young, educated and poor are the mostly likely victims of an economic stagnation in Pakistan.

The mini budget that the PTI put through parliament last month indicated that the likely approach to the crisis might be to adopt austerity related measures.

These measures are likely to include cutting government borrowing and spending, as well as increasing taxes and interest rates. Reports of Pakistan trying to renegotiate or postpone CPEC seems to be part of an austerity program already under consideration by the PTI government.

Officials from International Monetary Fund (IMF) recently met with the Pakistani government, just as Prime Minister Imran Khan travelled to Saudi Arabia in search for loans. The IMF is the lend of last resort for developing countries experiencing balance of payment crisis.

Unless otherwise convinced, the IMF is likely to condition its financial support on a standard but painful recipe of reforms that could possibly include fiscal austerity, deregulation, privatisation, and reduction in tariffs.

A standard IMF bailout would cause great suffering, poorer standards of living, higher unemployment, as well as corporate failures. The current balance of payment crisis would be magnified into a full-blown economic recession, leading to even greater shrinking of investment.

Should Pakistan choose to go to the IMF, it will be important for the government to work closely with the fund and avoid policies that will hurt economic growth in the country.

A slowing economy is the exact opposite of what Imran Khan’s PTI would hope to deliver. The young, educated, and the poor are the mostly likely victims of an economic stagnation in Pakistan, and they make the largest proportion of the PTI’s electoral base.

As a priority, Pakistan might focus on restoring a sustainable budget situation. This will require the government to make some painful policy choices about levels of expenditures as well as the purposes for which funds are allocated. Pakistan will need to cut or reduce funding for projects that fail to reach the most productive parts of the economy. While building a seaport, for example, might be strategic and important over the long term, it fails to stimulate the economy, increase employment, or to produce sufficient revenue to service national debt.

Pakistan will also need to phase out its ineffective fuel subsidies that are under pressure from rising oil prices and tighter budgetary resources. This means that the PTI government have to hike the fuel prices, a move that is exceedingly unpopular with the electorate. Hiking fuel process puts additional cost pressure on production industries and reduces their competitiveness in export markets.

The policy similarly lacks favour among people due its effects on the prices of basic necessities. A recent review of the natural gas prices recommended an increase of 185%, of which a 46% increase was approved by Imran Khan, but has since been abandoned.

In addition, the Pakistani central bank will need to let the markets determine the exchange rate of its currency. Like many currencies around the world, the Pakistani rupee is under immense pressure from a rising US dollar and will adjust downwards should the supportive measures that keeps it overvalued be removed.

The former government put measures in place to keep the rupee above its market exchange rate and contain potential inflationary effects. This included injecting foreign currency into the exchange market.

Currency devaluation has two-way effects on the current economic crisis. It helps reduce trade deficit as currency depreciations are usually associated with an increase in exports and a decrease in imports. Nevertheless, the rising prices of imported goods will further fuel inflation in the country leading to rising prices. This makes the policy unfavourable inside Pakistan especially among poorer consumers.

China’s US$2 billion loan right before the elections helped avert the urgency of the situation and gave the PTI government sufficient time to raise additional resources from and assess its fiscal commitments. But even before taking office, Pakistan’s Finance Minister Assad Umar suggested that the country will need to source a loan of $12 billion within six weeks of their government. It now seems more likely that Pakistan might request a bailout from the IMF.

Earlier this year, the US and allies placed Pakistan on the Financial Action Task Force's (FAFT) “Grey List”, which limits the country’s ability to raise funds in global financial markets. The success of Pakistan in negotiating an effective bailout with IMF also depends on its relationship with the US.

US Secretary of State Mike Pompeo suggested in his recent trip to Pakistan that the US will not block a Pakistani request for bailout at the IMF. However, the global community, including China, have asked Pakistan to do more in addressing the issue of terrorists finding havens on its territory.