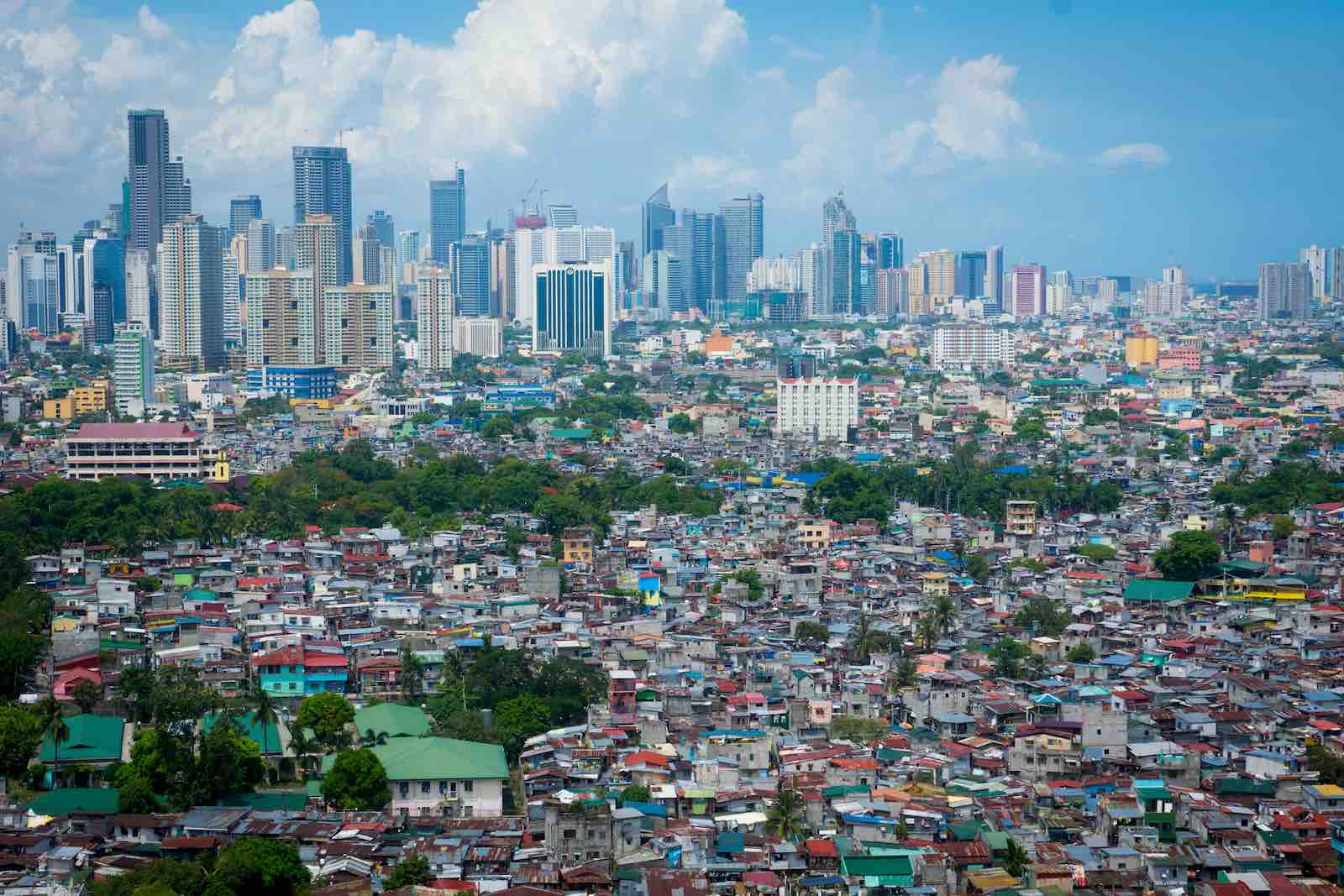 Flaviano Villanueva was in tears last Thursday. It was day five of the “enhanced community quarantine” in Metro Manila, where the priest runs a homeless centre. The sprawling Philippine capital of 13 million people had been sealed off, and police and army troopers were guarding municipal boundaries to prevent entry and exit. Businesses were shuttered, and public transport was scarce.

Early that morning, dozens of homeless people lined up on the street outside the Kalinga (Care) Center, waiting for the doors to open. They stood 1.5 metres apart, in line with the government’s guidance for the quarantine at that time. But the head of the barangay, or village council, who had not been happy having the centre there, ordered the it shut and drove the homeless away.

“The barangay captain said they were just following the law, no mass gatherings,” Villanueva said. “But the first law is to save lives. These are among the first people who are going to die.”

Shacks no bigger than a flatbed truck house large families whose members sleep side-by-side on wooden or cement floors. In the slums, where people are packed like bees in a hive, there is no such thing as social distancing.

In Manila, as in many other places, the Covid-19 pandemic is hitting the poor the hardest and exposing the gaping inequities in access to food, shelter, and health care. On 15 March, after a surge of new Covid-19 cases, President Rodrigo Duterte declared a month-long quarantine in the capital. He also mandated an 8pm to 5am curfew, deployed the police and the army to man checkpoints, and ordered the arrest of those who violated the law. Two days later, the quarantine was expanded to include the whole of Luzon island, home to 60 million people.

Whether fighting crime, tamping down Islamic extremism, or battling a pandemic, Duterte rules with a heavy hand, and with little care for the consequences. His repertoire is narrow – the iron fist, not the velvet glove.

To be sure, few disagree that restrictions are needed to deal with the pandemic. But they took the country by surprise. With little warning, millions who eke out a hardscrabble existence in the city’s underground economy were left without any means of support as businesses closed and people were ordered off the streets. The government focused on enforcing the quarantine; little thought was given to mitigating its impact on the most vulnerable. While cops and soldiers were out on the streets, social workers were told to stay home.

It’s classic Duterte. On day one of his presidency in 2016, he ordered the police to conduct raids that killed thousands of suspected drug users and sellers in the shantytowns in Manila and other big cities. Little heed was paid to drug rehabilitation or to alleviating the misery and joblessness that drove the poor to the drug trade.

In 2017, the Army’s siege of the southern city of Marawi, then held by Islamic militants, killed nearly 1200 and displaced more than 350,000. Today, thousands are still in unsanitary refugee camps as government efforts to rebuild the ravaged city have sputtered.

Back in Manila, the pandemic threatens to break the already frayed fabric of families and communities that had not yet recovered from the war on drugs. Danny Pilario is a priest who has been ministering to the poor near the Payatas garbage dump in the northern part of the capital. Last week, he was busy trying to organize food and supplies for the widows of drug war victims and their neighbours.

Payatas is in the “red zone”, as there was a Covid-19 outbreak nearby. Policemen and village watchmen were manning checkpoints there, and only those with a quarantine pass were allowed in, making it difficult for non-residents to bring in supplies. Pilario sent money instead, so the families could buy rice and other goods in the markets nearby.

Pilario hopes he can keep these subsidies going. Even in the best of times, he said, the poor of Payatas earned barely enough for three meals. Now unable to work, they had no savings to tide them over. Many had already lost breadwinners to the anti-drug campaign.

Manila’s poor live in crowded settlements near government offices, shopping malls, or wealthy gated enclaves, yet they receive scant attention and support. When the drug war started, many Filipinos were oblivious to the carnage. Pilario said he found out about the killings only because of the stench of a rotting corpse in a shanty near the chapel where he said mass. The family did not have enough money to bury the dead man who had been lying in a wooden casket for weeks.

Those who work among the poor fear the havoc the coronavirus will likely wreak in Manila’s shantytowns. Many there don’t have running water, said Pilario. How can they even wash their hands? They can barely afford to eat, much less buy hand sanitisers. Shacks no bigger than a flatbed truck house large families whose members sleep side-by-side on wooden or cement floors. In the slums, where people are packed like bees in a hive, there is no such thing as social distancing.

For now, there’s a patchwork of efforts by local governments, churches, civic groups, and ordinary citizens trying to do what they can. Companies are donating food and supplies. An actress has called for donations for street vendors who can no longer peddle their wares.  A restaurant has opened its doors to the homeless, as have some churches and Catholic schools. Many groups are organizing donations, braving checkpoints, and overcoming government limits on food purchases to help the neediest as the government scrambles for a response. Filipinos are used to natural disasters and have pre-existing networks that are able to respond quickly to emergencies.

But time may be running out. In February, the first confirmed coronavirus cases surfaced, all of them traced to travellers from Wuhan. Duterte played down the threat of contagion, saying Filipinos had natural antibodies that would shield them from infection. Now he is buckling down and on Monday asked Congress for emergency powers to deal with the pandemic.

Five years ago, Villanueva opened the homeless centre in an unused office next to where his religious order, the Society of the Divine Word, had a shop selling crucifixes and statues of the Virgin Mary. He envisioned a place where the poor would be treated with dignity and respect. The centre served 200 to 300 each time it opened its doors, as the homeless from around the city streamed in from early morning to mid-afternoon to get a hot meal, a shower, and fresh change of clothes. The centre also arranged for some of them to get access to alternative schooling while drug users were provided counselling and offered rehabilitation.

“I went all around Manila to buy oranges for them, and we were ready to give them vitamin C, a litre of water and N95 masks after they showered,” Villanueva recounted with regret in a phone call on Thursday evening. “We cooked adobo (chicken and pork stew), ukoy (fried shrimp and grated papaya), and sinandomeng (good quality rice) for them.”

On Saturday, he tried to reopen the centre but was again barred from doing so. Instead, two Catholic universities agreed to house the homeless. Some of the reformed drug users are now helping run these sanctuaries. They are good for now, but for how much longer?

“If the poor go hungry”, Villanueva warned, “chaos would follow”.