Fake news is harder to spot than ever. Young voters need to get savvy before the country’s 2022 election. 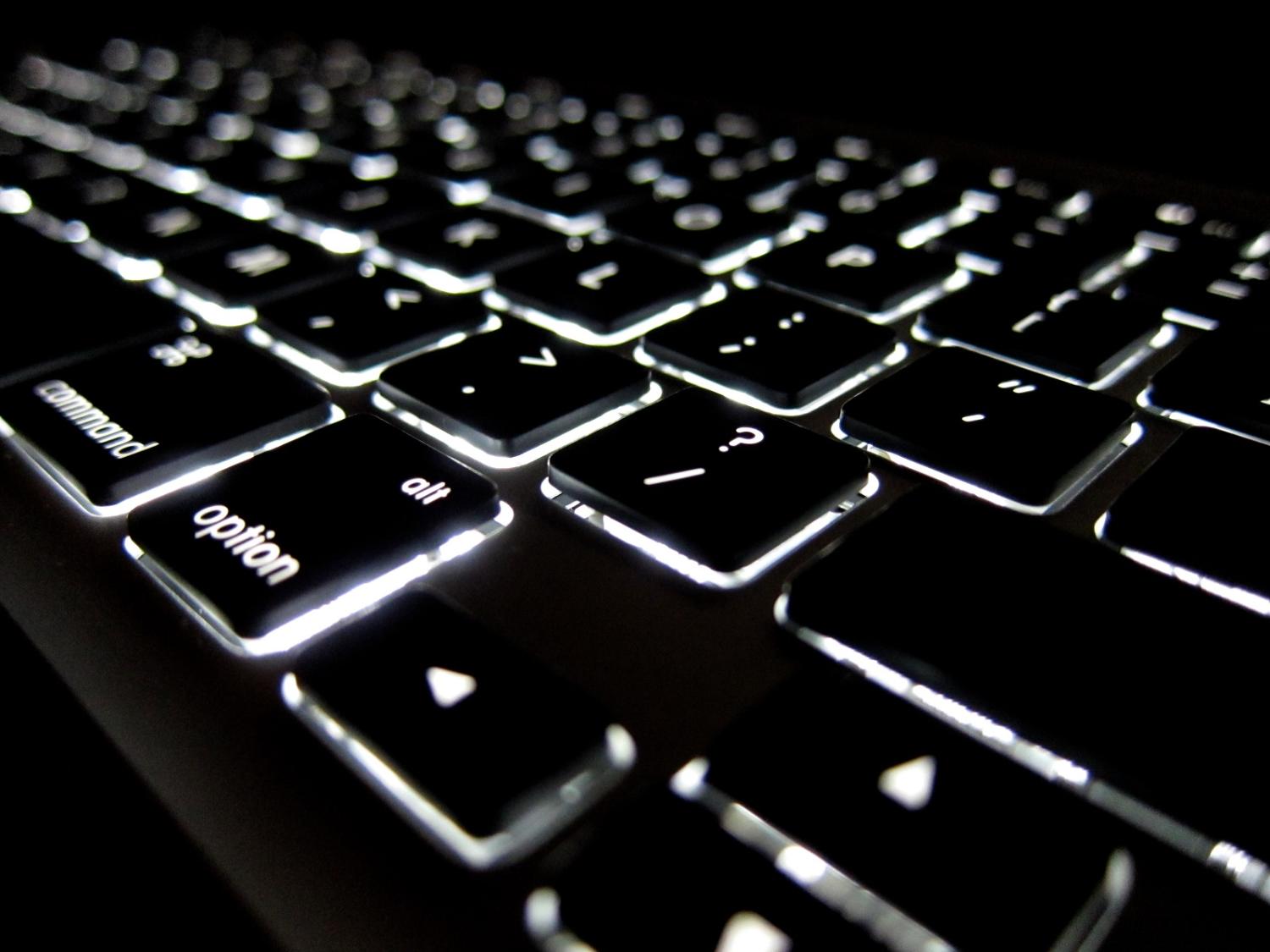 The Philippines is less than a year away from its national elections in May 2022, and an estimated 5.8 million first-time voters (aged 18–23) are expected to join around 63 million mostly young voters trooping to the polling stations. Given the persistent risks due to the Covid-19 pandemic, and the prospect of continued mobility restrictions, it is likely that online campaign platforms will play an even more crucial role in shaping voters’ choices than at any previous election.

This online aspect raises serious concerns for pro-democracy stakeholders, now wary of the heightened potential for mis- and disinformation. Misinformation refers to false or inaccurate material, often shared unknowingly and with no particular intent to mislead. Disinformation is its more deliberate cousin – the purposeful dissemination of false, misleading or biased information, manipulated narratives and propaganda. In shorthand, both are often referred to as “fake news”. It is difficult to make inroads against fake news if there are no measures. This article examines a number of diagnostic survey tools to assess the prevalence of the phenomenon, with a focus on young voters in the Philippines’ upcoming election campaign.

The infodemic and “patient zero”

In 2018, Facebook executive Katie Harbath acknowledged the challenge of protecting election integrity in social media by announcing measures to counter the attack on knowledge (eg. addressing misinformation, false amplification and misrepresentation), protecting citizens’ safety (eg. shutting down harassment and threats of violence and strengthening account security) and safeguarding voter turnout (eg. countering tactics to discourage people from voting). Given the role of social media in influencing the Philippines’ 2016 elections, Harbath called the country “patient zero” in what many would later consider a fake news pandemic or “infodemic” across social media in a growing number of democracies.

Part of this contagion is insidious and deliberate. In Facebook’s recent threat report, The State of Influence Operations 2017-2020, the company said it had removed 150 “coordinated efforts to manipulate or corrupt public debate for a strategic goal” from its platform in different countries since 2017. It further stated that:

Over the past four years, we have investigated and removed influence operations conducted by commercial actors — media, marketing and public relations companies, including in Myanmar, the US, the Philippines, Ukraine, the UAE and Egypt. Some of these operations were domestic, promoting interests aligned with political entities from within their country of origin. Some offered IO [Influence Operations] services to paying clients both at home and abroad, making these techniques accessible to those with less resources or infrastructure to run their own IO campaigns.

Recent research is testing the capability of survey-based diagnostic tools to track the infodemic. In the United States, one study measured the accuracy of undergraduate students in recognising fake news. Respondents were presented with 12 news stories and asked to classify them as real or fake. Just over 64 per cent of students identified the fake news items, with higher-performing students demonstrating stronger critical evaluation.

However, across the entire cohort, the willingness to share news online appeared unrelated to evaluations of trustworthiness or ability to identify the accuracy of the news stories. Instead, the students simply share news that triggers an emotional response or constitutes a novelty. To improve the students’ evaluative powers, the study recommends examining the entire webpage of the news source, relying on multiple sources for news, scanning all of the search results, and spending adequate time assessing each news item to prevent the spread of online misinformation.

In the Netherlands, a study among high school students used a game scenario to help young people recognise fake news.

Another study by the University of Warwick in England used photographs to evaluate the ability of respondents to identify original versus manipulated images of real-world scenes. The study demonstrated that people have a very limited ability to detect manipulated images of real-world scenes, even if the edits are implausible. This raises particular alarm in a world where photo-editing tools are readily available and growing more sophisticated.

In the Netherlands, a study among high school students used a game scenario to help young people recognise fake news. Participants created news articles about the European refugee crisis, which was deemed a strongly politicised issue, through the lenses of different types of fake news producers using various misleading tactics. Evidence from the study suggested that playing the fake news game reduced the received reliability and persuasiveness of fake news articles among the respondents.

A fake news indicator for the Philippines

At the Ateneo Policy Center in Manila, researchers have developed a potential diagnostic tool to measure the presence and depth of fake news vulnerability, particularly among the young (aged 18-29), expected to account for 24 million voters in the Philippines’ May 2022 elections. With the aim of contributing to this nascent field, the policy centre has partnered with educational institutions, organisations, and student governments from universities and colleges in the country’s top 25 vote-rich cities and in the country’s capital. The diagnostic tool is based on a survey fielded online, which allows respondents to take a five-minute quiz identifying possible fake news examples.

The survey consists of several sections on the thoughts of young people and elections, with one section taking the form of a fake news quiz. The quiz consists of five accurate news items and five fake news items, which respondents rate as either true or false. The fake news items were randomly selected from a list of stories between January and June 2021 generated from Vera Files and Rappler, which are fact-checking websites certified through a non-partisan International Fact-Checking Network and Facebook partners for third-party fact-checking programs in the Philippines.

For a significant percentage of the youth in particular geographical areas, the ability to spot fake news is below the pass rate, which is typically 75 per cent in the Philippines.

The accurate news items were selected to mirror the format and time frame of the fake news items as well as contain ambiguous or absurd statements that could pass off as real news. The survey was rolled out in late August 2021 through various social media and learning management platforms. By the time it concluded in late September, around 24,625 young Filipinos from 25 partner colleges and universities had participated.

The results were compelling and begin to map the landscape in the battle against fake news. For a significant percentage of the youth in particular geographical areas, the ability to spot fake news is below the pass rate, which is typically 75 per cent in the Philippines. Those who failed, typically scored around 60 per cent (The two charts show the number of people able to accurately identify the five fake and five real news items). The distribution of fake news scores in the four major study areas (the National Capital Region (NCR), Balance Luzon, Visayas, and Mindanao) appears very similar.

While these results should not be extrapolated to all youth in these major regions, the indicators raise possibilities for further research and educational action. These initial results could equip educators and researchers with the necessary information to map susceptibility to infodemics  among young people, and possibly track the spread of disinformation across groups and over time.

Before a cure, diagnosis

Good quality information is critical to functioning democracies – it is particularly crucial to more informed voter choices. Technology offers tremendous opportunities for providing information that can combat truth decay, yet it also opens the door to abuse. Like a virus, disinformation can be contagious – proliferating easily and adding to the political polarisation and division that now affects many democracies. Rather than arriving at stronger collective action, the Philippines, like many democratic societies, seems further away from social cohesion and common purpose. While we can now better track the spread of the Covid-19 pandemic, we are still grappling with how to better track the infodemic.

Efforts to counter mis- and disinformation rely on social media platforms (through self-regulation of “inauthentic content”), media and civil society organisations (via fact-checking initiatives), academic institutions (by means of research and awareness campaigns among youth) and government (in the form of legislative reforms to regulate social media). Yet there is still considerable debate on some of the battlefronts, particularly as regards government regulation, which can end up stifling free speech and fuelling anti-democratic tendencies among governments. As we search for a more viable and egalitarian cure, it is crucial to develop diagnostics so that researchers can at least better track vulnerability and the infectious spread of fake news.

Previous Article
Increasingly illiberal Thailand
Next Article
Kurt Campbell on what America is for, “rather than what we’re against”

A ferocious typhoon has tested Japan amid the Rugby World Cup and before the Olympics – and taught valuable lessons.
Peter Layton 18 Mar 2022 14:30