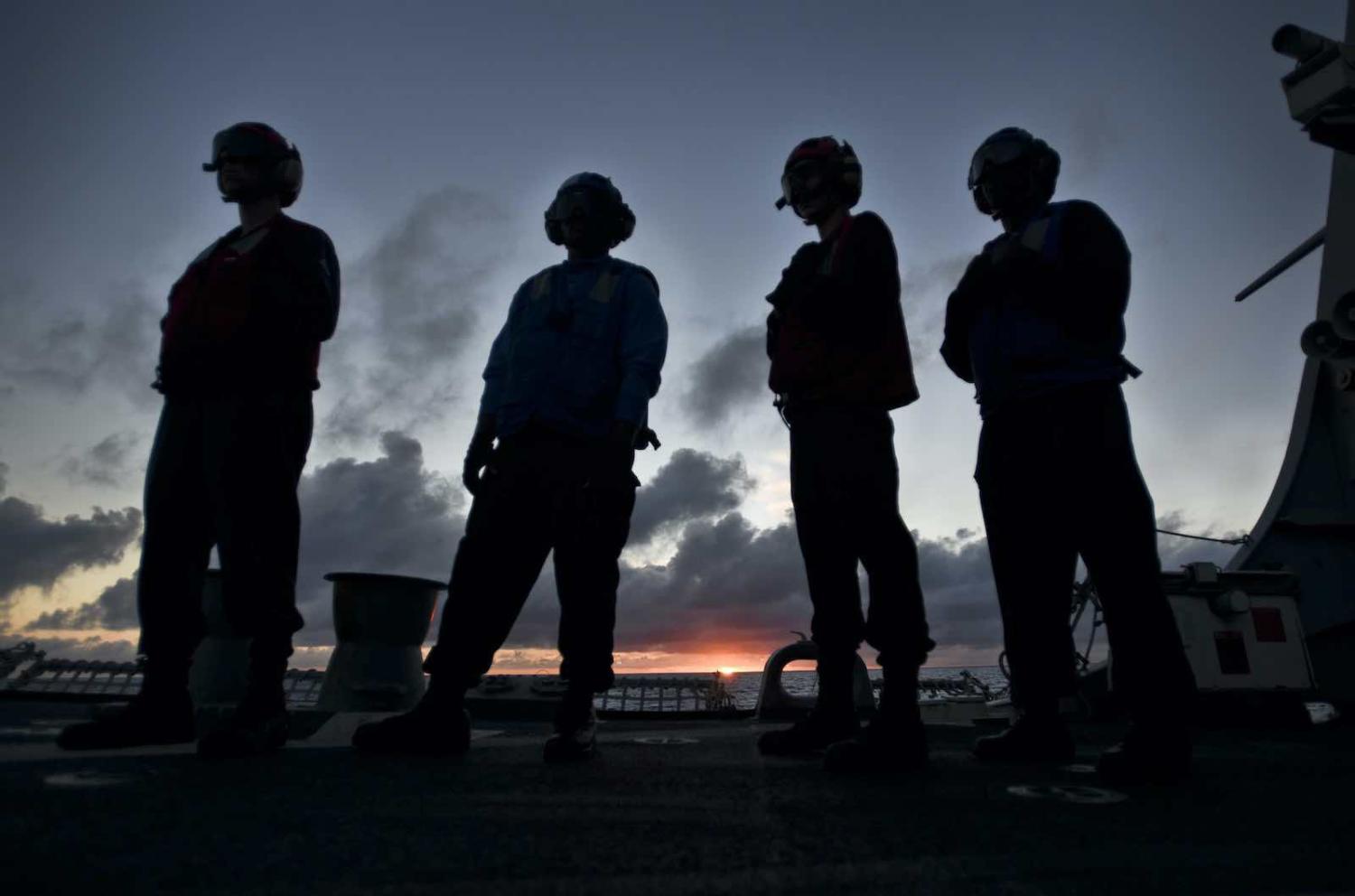 Understanding the growing overlap between the Step-up and the Quad is important (Holly L. Herline/US Navy)
Published 19 Jan 2021     Follow @eerishika

The growing synergy among the Quadrilateral Security Dialogue powers of Australia, Japan, the United States and India has provided a crucial impetus to the security architecture of the Indo-Pacific. Bilateral ties between these four states have also seen positive growth, largely a result of “like-minded” visions and policies dedicated to the creation of a free, rules-based and open maritime domain. One particular focus that Australia brings to the grouping includes its Pacific Step-up – a neighbourhood engagement policy described as among the “highest foreign policy priorities”, yet one rarely assessed in the “Quad” context.

Understanding the growing overlap between the Step-up and the Quad is important. China’s rising belligerence has led to stronger collaboration among Quad nations in an attempt to limit Beijing’s revisionist tendencies and “debt-trap” Belt and Road Initiative (BRI) policies. BRI’s lending poses risks especially for developing and fragile economies of the Pacific; the very scale of China’s loans, coupled with a lack of institutional mechanisms that promote debt sustainability, have given rise to claims of “debt-trap” diplomacy. Such fears were accentuated when Beijing took control of the Hambantota Port in Sri Lanka on a 99-year lease in 2017. In order to avoid a repetition of such a scenario, it is important that Quad states build momentum within and between their own Indo-Pacific connectivity initiatives in an attempt to provide alternatives to the BRI, especially for smaller economies in need of infrastructural aid.

Linking with the Step-up can provide a greater avenue for further projects, especially vis-à-vis third-country cooperation.

At the AUSMIN meeting in July last year, Australia and the US pledged to enhance joint efforts to aid economically the Pacific island nations. The US promised $118 million in assistance to Australia’s Covid-19 recovery fund for the region while the US and Australia have committed to contributing to the Pacific Islands Forum and its mechanisms. With the Pacific Islands Forum, Australia plans to invest $500 million over the next five years under the Step-up to promote renewable energy goals, and cooperation here with US’ Asia Enhancing Development and Growth through Energy (AsiaEdge) focused on bolstering secure, sustainable and affordable energy markets all across the Indo-Pacific and especially Blue Economy must be encouraged.

Further, the two countries plan to invest in high-quality infrastructure investment for Pacific Island states – already the US has established a Infrastructure Transaction and Assistance Network (ITAN), which could become a joint venture with the Step-up under the $2 billion Australian Infrastructure Financing Facility for the Pacific (AIFFP) to promote strategic interests of both allies.

Australia remains the largest development assistance partner of the Pacific region and has committed $1.44 billion for the same for 2020–21. This makes Australia a logical point of engagement and collaboration for Japan’s Expanded Partnership for Quality Infrastructure (EPQI), which builds on former prime minister Shinzo Abe’s Free and Open Indo-Pacific (FOIP) Vision.

Prime Minister Yoshihide Suga has been hailed as a “continuity” leader and Japan hosted the second Quad ministerial in Tokyo shortly after he took charge, highlighting continued importance to the Indo-Pacific by Tokyo. Under the Japan-Australia Economic Partnership (JAEPA), Japan’s investments in Australia have grown and linking with the Step-up can provide a greater avenue for further projects, especially vis-à-vis third-country cooperation. For instance, the Palau cable has already seen US-Japan-Australia investments which has also furthered in principle the objectives of the Blue Dot Network founded by the three nations without formally being part of the same. A further tie in is available via the formation of the Supply Chain Resilience Initiative (SCRI) by Australia and Japan along with India.

India-Australia ties – often cited as the “weakest” link in the Quad process – have seen structured growth in 2020. The integration of the Step-up with India’s Indo-Pacific initiatives – such as Project Mausam, Project Sagarmala, Security and Growth for All (SAGAR), all established under India’s own action-oriented “Act East Policy” (AEP) – are crucial. More importantly, the Platform for Japan-India Business Cooperation in Asia-Africa Region, previously known as the Asia-Africa Growth Corridor (AAGC), also has scope for expansion to link Pacific island nations with this connectivity project.

India’s recent inclusion as an observer in the Indian Oceans Commission (IOC) demonstrates India’s expertise and interest with oceanic challenges and this engagement can usefully extend to the South Pacific. India can also potentially find a partner in France under the newly established India-Australia-France trilateral which highlights Paris’s growing Indo-Pacific focus while emphasising focus of the three nations on the “Marine Global Commons”. The still nascent Indo-Pacific Oceans Initiative (IPOI), described as “open global initiative” focused on “existing regional cooperation”, can also complement Japan’s FOIP, the US Indo-Pacific strategy and Australia’s Step-up to promote maritime governance and “like-mindedness”.

In the post-Covid world, with a need to rebuild supply chains and maintain a rules-based international order, it is important that bilateral ties between the Quad states continue to grow. The strengthening of Quad in policy coordination – before focusing on potential institutionalisation or militarisation of the same – must take place via synergy between domestic Indo-Pacific initiatives of partner countries. This can translate into a broader vision, encompassing national interests of all powers in an attempt to create a cohesive, active and future-oriented multilateral structure.

Money is flowing, but the proportion of support is well below amounts advanced economies are deploying for themselves.
Lauren Richardson 13 Aug 2019 16:00

If history is a guide, the interests of Korean victims, not US strategic goals, must be put first.
Alexandre Dayant 30 Jan 2019 14:30