Amid claim and counter-claim, the true state of the PNG economy is lost amid personality politics. 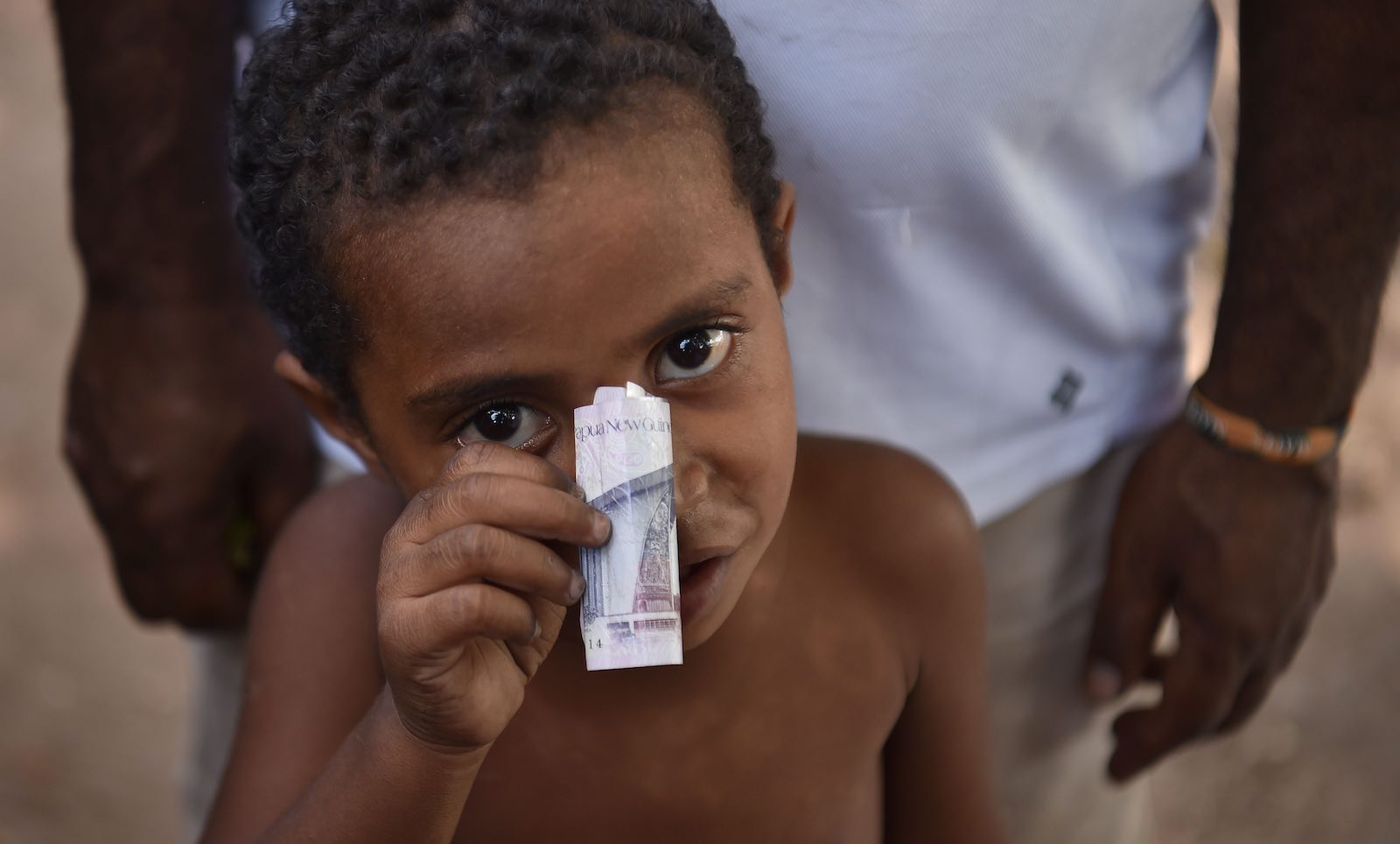 Papua New Guinea is in the grips of a confusing debate about the state of the 2019 national budget, including the Treasurer Ian Ling-Stuckey, Shadow Treasurer Joseph Lelang, and former prime minister Peter O’Neill. It is difficult to determine who is stating the facts as a matter of national interest, and who is playing politics to satisfy their individual interest.

The Treasurer, after taking over from predecessor Sam Basil, conducted a rapid “due diligence” check of the government’s fiscal position. This check led him to declare that the country faces an “increasingly fragile fiscal position” and is in an “economic hole”. (The team, made up of officers from Treasury, other economic ministries, and Ling-Stuckey’s own economic team, took seven days to complete the check.)

The “economic hole” dug by the previous O’Neill regime was indeed very deep, Ling-Stuckey has said. “The actual budget deficit left by the O’Neill regime is K4636 million (more than A$2 billion) in 2019. This is by far the largest deficit in PNG’s history. It represents 5.8% of our entire economy.”

He gave figures to show the calculation of the deficit, warning “there are major falls in both tax revenue and non-tax revenue” and describing the ongoing wages bill inherited from the O’Neill government as “still out of control”.

Yet the former prime minister was having none of it. O’Neill argued that the budget check was “absolute nonsense driven by political ambition”, saying Ling-Stuckey had relied on Australian economist Paul Flanagan for advice (O’Neill had spectacularly fallen out with Flanagan while in government) and claimed that no honest economist in the world would concur with such a view. O’Neill said the deficit figure was made-up by Ling-Stuckey to play politics.

The controversy didn’t end there. O’Neill said Charles Abel and James Marape had both been involved in the formulation of the 2019 budget, then as Treasurer and Finance Minister, respectively, and handed down before O’Neill had lost office. This meant in essence Ling-Stuckey was attacking the very men who are now the current Finance Minister and Prime Minister in the new government. He said both members during his tenure agreed that the projected deficit for this year was 1.5%, and not 5.8%, as claimed following the budget check.

Enter Lelang, and Opposition Leader Beldan Namah, who stated that the figures provided by Ling-Stuckey were “influenced by foreign due diligence group” and therefore unrealistic. The Opposition have sought to highlight the issue of foreign influence to argue that it is a dangerous trend and a threat to national sovereignty.

The confusion is compounded by argument about the role of the International Monetary Fund. Lelang has claimed that Ling-Stuckey is misleading the nation by using IMF to add credibility to his budget check and discredit the financial management effort of the previous government. He pointed out that the mission of IMF in PNG is to do surveillance of its policy and economy.

O’Neill said his government never stopped any member, especially state ministers, having a say during discussions of the budget and that everyone was given the right to express their views and concerns.

The political tactics of the Opposition are clear enough. On taking office, Marape had borrowed the slogan “Take back PNG” from the Governor of Oro Gary Juffa – the main idea being to escape the grip of foreign cartels and groups that have been accused of systematically abusing the resources and the processes in the country. By emphasising foreign ties to Ling-Stuckey’s review, this helps create doubts in the minds of many.

To counter, Marape said the rationale of the check was to properly ascertain the current economic conditions and find solutions to help PNG crawl out of the “economic hole”. He showed his support for the check by talking about his experience as part of the previous government, saying as finance minister he had differed with O’Neill in his opinion in relation to areas of investment.

Of course, O’Neill has rejected this claim by Marape. O’Neill said his government never stopped any member, especially state ministers, having a say during discussions of the budget and that everyone was given the right to express their views and concerns. Apart from being a state minister, Marape was a senior member of the National Congress Party (PNC). He should have come out openly in the media to air his opposing views and move to another party.

So it is now Marape’s word against O’Neill’s.

Looking at the arguments, one can reason that the Opposition and the former prime minister have a similar stance. Both dispute the findings outlined in the check done by the Treasurer and his “due diligence” team.

Ling-Stuckey was brutal in his commentary about O’Neill’s legacy. He focused on what he described as O’Neill’s fiscal irresponsibility in 2019 and 2014 – very much sheeting the blame on the former PM, and did not mention the political party that O’Neill led or other members of the party or coalition parties who held significant portfolios.

It is apparent that political parties as institutions play a lesser role in PNG politics. Largely individual political leaders influence all that happens in government and the nation. This personalised politics is evident in the debate about the 2019 national budget.