A political impasse in Timor-Leste as coronavirus looms

A government of national unity might be desirable right now, but such a prospect seems remote. 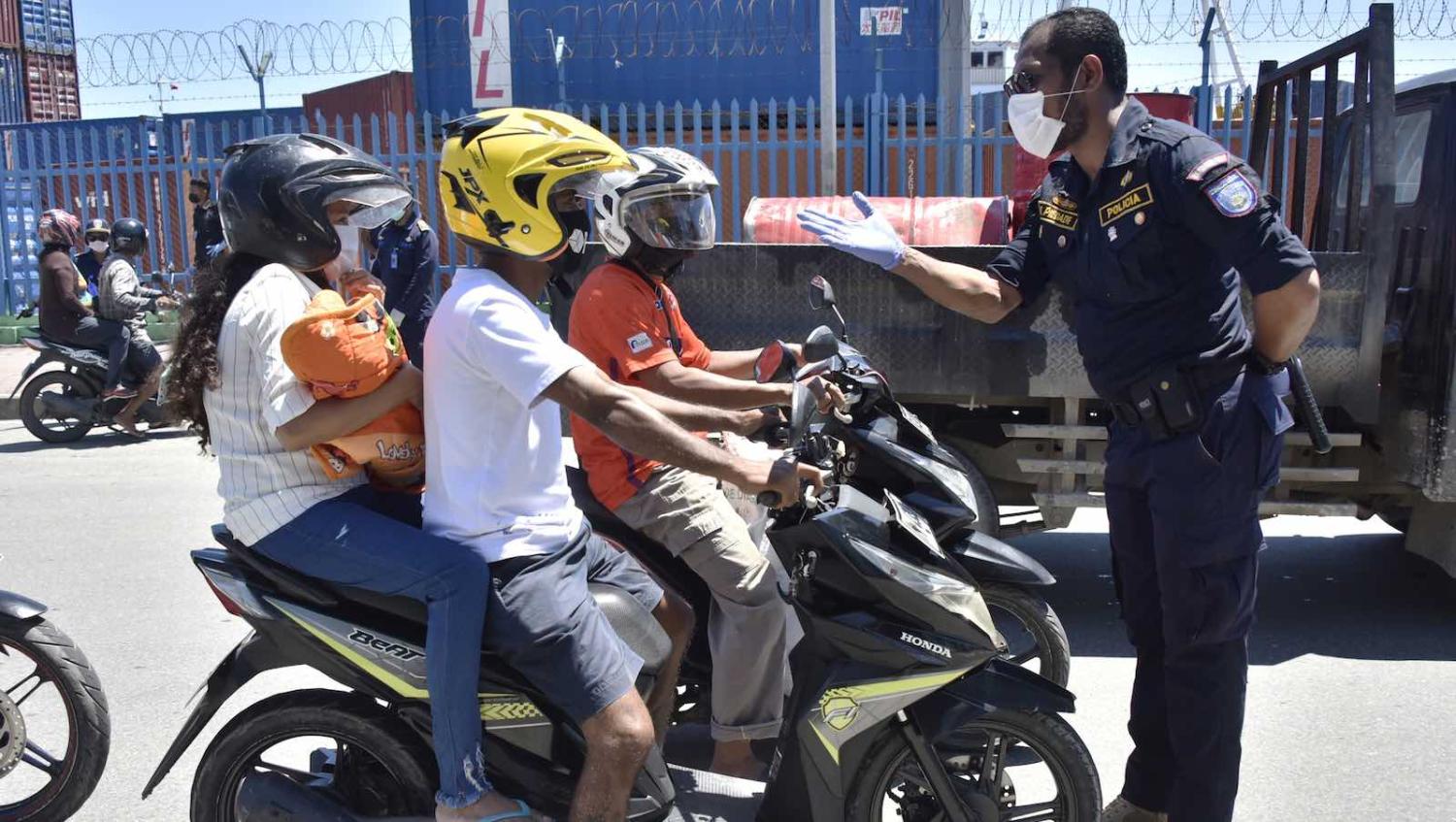 In late January, Timor-Leste’s governing alliance collapsed after the largest coalition party, Xanana Gusmão’s CNRT, abstained on the government budget, leading to the resignation of the Prime Minister Taur Matan Ruak. By late February Gusmão revealed a new 34-seat majority coalition, which included six parliamentary parties: the exceptions being Ruak’s PLP, and the opposition Fretilin. Yet the PM’s resignation is not effective until accepted by the President, Francisco ‘Lu Olo’ Guterres ­– a senior figure from the Fretilin opposition. So despite the manoeuvring, Ruak remains in the top job, which likewise leaves his government in place for now as an interim administration.

One month later, the political situation remains at an impasse, and potentially far more complicated as the threat of coronavirus hits neighbouring countries such as Indonesia hard. So far, Timor-Leste’s relative isolation from international circulation has forestalled any outbreak, with just one confirmed case and 800 people in self-quarantine, with another 215 having completed their 14 days.

In political developments this month, the 34- seat alliance announced that Gusmão himself would be their Prime Minister designate. The President required all six parties to the alliance to fulfil legal requirements for party conventions endorsing the coalition. The other main development was a publicly announced “platform of understanding” between Fretlin and PLP, which together control 31 seats: two short of a majority. The announcement largely concerned parliamentary support for the interim administration, but could form the basis of an electoral partnership in future. In a sign of the times, the announcement took place in masks, with attendees socially distanced in another room connected by video link.

Timor-Leste confronts the pandemic as a developing society with an under-resourced health system.

Initially expected in March, Guterres’ response to the newly formed majority alliance is still awaited as circumstances shift. The President has publicly advised the CNRT to “think twice” before proposing the same rejected Ministers, and is clearly in no hurry to install the new alliance.

One alternative solution to break the impasse – an early election – now seems off the table in light of the pandemic. For its part, the new 34-seat majority has not taken the step of a no-confidence motion in parliament, a move which would definitely place the Prime Minister in caretaker mode, and in normal circumstances could lead to a new poll.

Yet these are no longer normal times. This unresolved debate, hotly contested by partisans in Timor-Leste’s political circles, may now be on temporary hold under the weight of necessity. With the threat from coronavirus growing, a government of national unity might be desirable right now, but such a prospect seems remote, with cross-party parliamentary support for the interim’s government emergency measures perhaps the more achievable goal.

Positively in this regard, a government request for urgent consideration of emergency budget measures received unanimous parliamentary support last week, boding well for the vote this week to authorise $250 million in general expenditures and $150 million for coronavirus preparations.   The latter measures will be used for medical equipment including respirators (assuming they can be sourced internationally), credit lines to smaller businesses, and direct financial support for citizens. Parliamentary support for these measures will be essential given the lack of a national budget, and the clearly restricted legitimacy of the interim government.

Despite the political impasse, preparations by the interim government and President have been systematic and reassuring. Following parliamentary approval the President issued a state of emergency decree lasting from 28 March to 26 April. The measures prohibit the entry of all foreigners unless specifically authorised, and require 14 days self-isolation for all arrivals. Schooling and higher education is suspended for the duration of the decree, and Timor-Leste’s bustling “microlet” public transport is suspended. Vendors and streets stalls can operate, provided social distancing and hand sanitation guidelines are followed. The decree also enables authorities to restrict freedom of movement and assembly inside the territory if deemed necessary, leading to supportive but cautious reminders from civil society of the need to respect human rights for the duration. An interministerial commission led by the PM has been formed.

Timor-Leste confronts the pandemic as a developing society with an under-resourced health system. On the positive, Cuban medical teams, who have trained up hundreds of East Timorese doctors, remain in place, as do Chinese doctors, and some Australian volunteers. The Menzies School of Health Research from Darwin has greatly advanced Timor-Leste’s national pathology and lab facilities over the last year. The Australian government’s recent assistance with Covid-19 testing has been particularly welcome. The World Health Organization remains on the ground, although several aid agencies and contractors have withdrawn staff. Timor-Leste also receives fewer incoming visitors than most countries, facilitating the tracing and testing of recent arrivals and returnees.

Fear of an outbreak has many locals worried, and there are some examples of blaming foreigners for the virus. Political leaders have so far been effective in quelling panic, and will also be called upon to actively model social distancing. As for the public, local reports suggest they have taken to the new measures with gusto, in excess of new requirements, with many leaving Dili for the perceived safety of their home villages. Early signs that police had misinterpreted aspects of the decree by closing down certain shops will hopefully prove to be teething problems only.

In another positive political sign, there has been a notable decline in inflammatory rhetoric between the parties in the last week. But key questions remain. Despite the likely passage of emergency budget measures, the lack of a national budget raises concerns over the ability of the government to manoeuvre quickly. The reserve “duodecimal” budget system, which limits the state to one-twelfth of the 2019 budget each month, is relatively strict for 2020, and there are doubts that proposed amendments to make it more flexible will receive parliamentary endorsement. Likewise, having “interim” Ministers in key portfolios like Health and Finance is far from ideal.

The pandemic has already had a major impact on the current balance of Timor-Leste’s Petroleum fund, a percentage of which was altered a few years ago to a higher risk, higher return profile. The collapse in international stock and oil prices has already brought a US$1.8 billion reduction to the balance, with some projections suggesting it could go as high at US$2.5 billion. This volatility highlights the fragility of Timor-Leste’s sovereign wealth funds, adding to the sense of high stakes in ambitious plans for onshore oil and gas processing.

These wider questions, and the entrenched elite divisions, will continue in Timor-Leste, but may go on-hold for the near future as preparations for the coronavirus ramp up. As long-time observers know, once politically united, no one should underestimate the capacity of the East Timorese people to mobilise collectively in common purpose.

Previous Article
From books to cooks: What readers recommend to cope in quarantine
Next Article
Covid-19: New Zealand, isolated, yet far from alone

Mahathir Mohamad might be back on the campaign trail in opposition but this doesn’t appear to be an obstacle to the present government.
Emanuel Sarfraz 17 Jul 2017 13:23

Prime Minister Sharif has made it clear he wants to fight to the end, whatever the consequences. In such a fluid situation, army intervention can't be ruled out.
Sukhmani Khorana 2 Oct 2018 12:30

Not all migrants will be vocal about racism, but what is not recorded by polls might still register in a secret ballot.