The Dutton appointment has given an element of domestic political intrigue to the Prime Minister’s announcement. 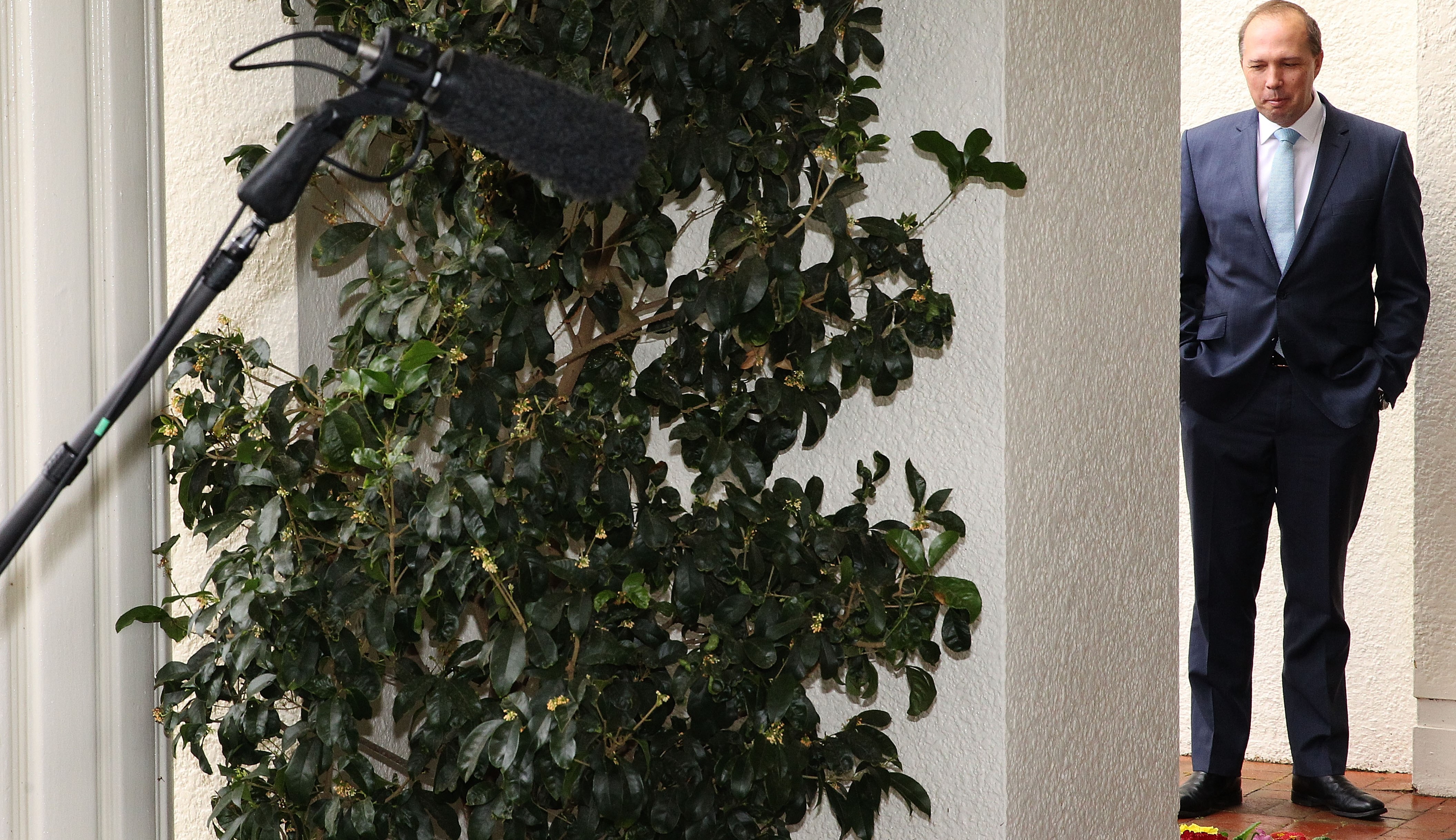 After almost two decades of consideration during which the case for it has always failed to convince government ministers, the Australian Government has decided to go ahead with the creation of a new 'super department' to oversee Australia’s domestic security and intelligence system.

The decision to go ahead with the controversial plan was taken by Prime Minister Malcolm Turnbull in what he described as 'a captain’s call', against the strong objections of some of his ministers and unresolved doubts among security agency heads (expressed privately) and counter-terrorism experts.

Turnbull said that he had decided to set aside the doubts and criticisms about the creation of an Australian-style Home Affairs department because he judged that it offered the best means of ensuring that Australia’s counter-terrorism capabilities stayed ahead of the complex and changing nature of the threat to Australian security.

'This is my decision,'Turnbull said. 'The challenges posed by the threat of terrorism grow all the time. This is a decision driven by operational logic, in response to that threat.'

Turnbull made it clear that he had taken upon himself the responsibility for the decision and responsibility for its ultimate success or failure. He said the security environment was evolving rapidly and becoming more complex and Australia needed 'machinery that evolves' to deal with these changes.

The PM described the new department as being similar to the UK’s Home Office, quite different to the United States’ often-criticised Department of Homeland Security. He said it would be 'a federation, if you will, of border and security agencies'.

Turnbull did not spell out specifically how the new super-department would be more capable of evolving to keep ahead of the changing threat, except to say that having all aspects of domestic counter-terrorism and security under the supervision of a single minister would result in more effective communication and co-operation within the domestic security architecture.

He suggested that this was a matter of logic, rejecting the view of critics that it risked creating a more cumbersome bureaucracy which could put at risk what many experts see as a system which currently operates effectively and has made Australia’s domestic security record among the best in the world.

During the government’s consideration of the shake-up and consolidation of the domestic security agencies in a new Home Affairs Department – a process which is expected not to be completed until well into 2018 – some ministers were concerned that the actual process of creating the next department would be disruptive to the major agencies.

At least one minister warned that if there was a major terror incident while the re-organisation was taking place the government could pay a high political price, especially as there were respected voices that would say that the changes were unnecessary.

Interestingly, shortly after the Prime Minister’s announcement, the government released the final report of the Independent Intelligence Review, conducted by Michael L’Estrange and Stephen Merchant.

The Review does not specifically call for a super-department of the kind Turnbull has announced – he says it was not within the Review’s remit to consider the organisation and co-ordination of domestic security and criminal intelligence agencies.

But the Review does say that the experience of the US and British governments showed that there needed to be better arrangements for building synergies among and between intelligence and security agencies.

We consider there are important conclusions Australia can draw from the recent experiences of our most important intelligence partners. All our Five Eyes partners have a single point of co-ordination for their intelligence communities. Australia’s co-ordination arrangements are not as clear.

The United States and the United Kingdom, in particular, have taken practical steps to build synergies among their agencies in response to the demands of twenty-first century intelligence. Australia is doing the same in particular areas but it needs to do much more.

The new Home Affairs department structure to be introduced in Australia will:

The appointment of Dutton has given an element of domestic political intrigue to the Prime Minister’s announcement.

Political analysts say that the reason for the decision to create the new Home Affairs department as a super-ministry has more to do with the Prime Minister’s security than the public’s safety and that its prime purpose was to assuage Dutton’s ambitions to take Turnbull’s job.

Amid on-going internal conflict within the government over its policies and consistently poor opinion polls, Dutton is seen as the most likely contender to replace Turnbull in the event of a leadership challenge.

Given that the idea of creating a super domestic security department has floated around since as far as 2001 (when it was first proposed by the then Labor Party leader Kim Beazley) and that Turnbull was only able to offer a vague policy justification for his decision to finally go ahead with it, the idea that it was politically inspired to keep Dutton’s ambitions in check has gained strong currency among commentators.

Turnbull, however, flatly rejected the suggestion.

'This was not a political decision,' Turnbull told a media conference outside his office in Canberra.

'It is about the public’s safety, not politics.'