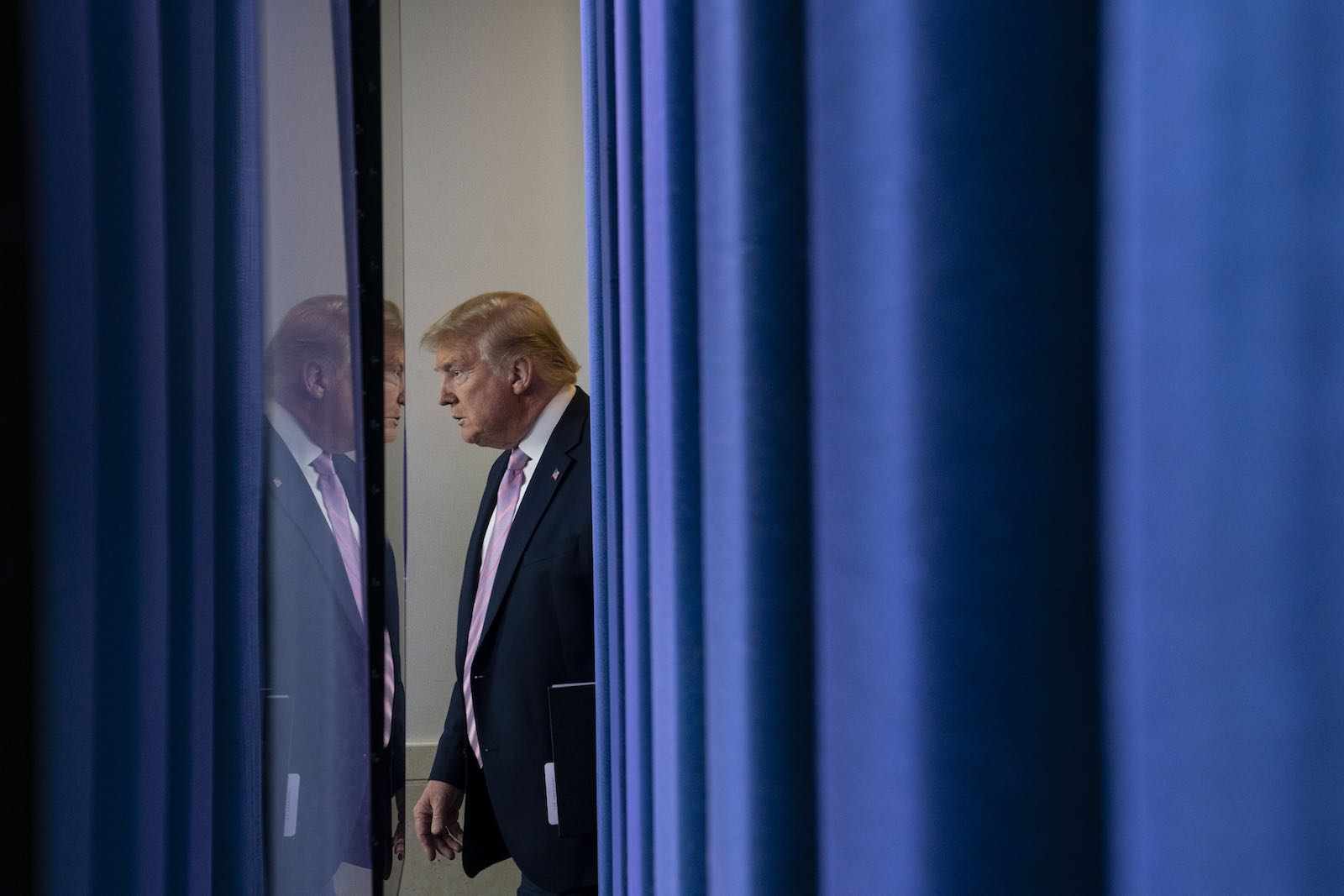 The Covid-19 pandemic is a great leveller – a fearsome test of governments and governing philosophies the world over. Democracies and autocracies alike have been exposed and found ill-prepared, under-equipped, and too slow to respond.

The United States, for all its power, wealth, and technological might, has proved to be as vulnerable as any other country.

With America deep in the grim struggle against the coronavirus, China is seeking to rewrite the history of its own initial coverup and mishandling of the outbreak in Wuhan, and to promote a positive story of its “responsible” and “resolute” handling of the pandemic.

Unpredictability and unilateralism weaken America’s authority and its ability to shape events through the power of ideas and example. Competitors are emboldened to act in similar ways.

The subtext is clear – you may not like us and our authoritarianism, but we are succeeding where others are failing. Some commentators worry Beijing is gaining traction with this narrative and that China will emerge from the pandemic with its global influence enhanced, while America’s will be diminished.

Perhaps. But the relative standing of China and the US in a post-pandemic world will be determined less by what China does and more by decisions taken in Washington. Tactics used successfully by the Communist Party inside China don’t necessarily work as well abroad.

Beijing’s bizarre promotion of conspiracy theories about the origins of the virus, heavy-handed propaganda, and calculated use of medical aid for political ends is alienating and angering as many partners as it is winning friends.

The President of Serbia might be happy, but the democratic heart of Western Europe is not buying the spin. German Chancellor Angela Merkel is a case in point, neatly sidestepping the propaganda by welcoming China’s aid to Europe as appropriate “reciprocity” for the European Union’s own earlier support of China.

China’s “face-mask diplomacy” might gain more traction in parts of Asia, especially in those countries already susceptible to its influence. China is providing desperately needed medical supplies in Southeast Asia, for example.

But even in Asia, America’s destiny is largely in its own hands.

The biggest risk to US global standing will come if the pandemic leads to a doubling down on the self-defeating, zero-sum approaches that too often define “America First” foreign policy. The absence of US global leadership in response to the pandemic, and the instinctive grasp for unilateral advantage even in midst of the crisis, demonstrate just how much “America First” has distorted conceptions of US national interests.

Strong US global leadership to contain the pandemic, accelerate the development of a vaccine, and prop up the world’s economy and financial system would be strongly in Washington’s public-health and economic interests. Such efforts would also be a positive counter to China’s geopolitical front-footedness.

The epidemiologists providing advice to governments on containment strategies know this. The scientists working across the increasingly deep fault lines of the US-China relationship to fast-track a vaccine know this. Central banks coordinating to ensure financial stability know it, too.

This is not fuzzy globalism for the sake of it, but clear-eyed international cooperation to advance and protect important US national interests.

While the pandemic exposes “America First” like no other issue has done, the limitations of this stance have been evident for some time as a framework for sustaining US global influence in a more competitive and contested era. Unpredictability and unilateralism weaken America’s authority, and its ability to shape events through the power of ideas and example. Competitors are emboldened to act in similar ways. This cannot be in US long-term interests as its share of global power declines.

By withdrawing from the Paris climate change agreements, the US has weakened its ability to push China and India to act more aggressively on climate change, which they simply must do if global emission reduction targets are to be met.

The Trump administration elevated competition with China to the centre of US national security strategy. This was an overdue correction in response to a more ideological, authoritarian, and assertive China.

Yet the “America First” narrative, devaluing of allies, and coercive trade policies undercut US strategic objectives, alienating friends and feeding doubt about the durability of America’s commitment to the Indo-Pacific.

It is often argued that an “America First” approach to the world is the inevitable consequence of the weariness of the American public with costly foreign wars and the job losses and cultural “homogenisation” that have come with globalisation.

There is some truth to this. Americans clearly want their government to focus on domestic problems. Most no longer want to pay the price that comes with upholding a global order that reflects America’s values and political and economic system. The task now is too hard and the cost too high.

“Principled realism”, as the administration has come to call its foreign policy, might have been a reasonable response to these new realities if it wasn’t so contradictory, and if its comprehension of American national interests not so narrow and short-term.

There are alternatives. We will be picking up the pieces of the post-pandemic world for a long time to come, but it remains entirely possible for US foreign policy to find a productive path between narrow nationalism and costly imperial overreach. Nothing in such an approach would be incompatible with strong state sovereignty and a healthy dose of realism and self-interest.

The future shape of a post-pandemic world is not yet clear – we do not know what will change and what will endure.

One possible future is a “poorer, meaner, smaller” world, as former Indian National Security Adviser Shivshankar Menon speculated recently. This would be a fragmented world of stronger nationalism, of higher walls, of spheres of influence and zero-sum approaches, of hostile US-China relations. Australia would be less secure and prosperous in such a world.

More than any other factor, what America does and how it engages globally from this point on will determine what kind of post-pandemic world we inherit. We will need more than “America First”.